Why we roll the dice on flu shots 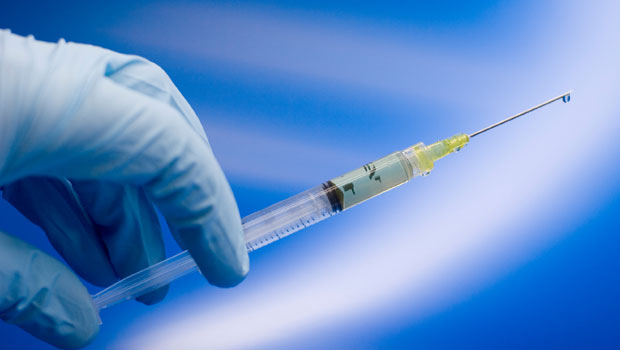 With 41 states having reported widespread and severe outbreaks of flu this season, timely new research sheds light on why less than half of the American population has gotten a flu shot.

Despite widespread knowledge that a vaccine is the best way to reduce the chances of catching and spreading the flu, even three of the four main TODAY show anchors recently admitted they had not gotten a flu shot (until they did so live on the air).

Using an online computer game that simulates the spread of an infectious disease among its players, researchers at Wake Forest University learned more about what motivates people to protect themselves from infection – from the flu to whooping cough.

The study, the first in the economics of disease control using virtual diseases, was conducted by economists Fred Chen, Allin Cottrell and Amanda Griffith, and computer scientist Yue-Ling Wong.

“When it comes to policies for disease control, one size does not fit all. Some people are very risk tolerant and some are super risk averse. Our research shows that to prevent an epidemic, there is a need to tailor a menu of options for different kinds of people,” said Chen, who studies economic epidemiology.

When studying how best to contain epidemics, scientists and policy makers often must make assumptions in mathematical models about how many people will or will not take preventive measures to keep from getting sick. The virtual epidemic experiment allowed first-hand observation about how people really behave when faced with choices about whether or not to self-protect during a widespread occurrence of infection in a community.

Rolling the dice to stay healthy

The multiplayer game simulates an epidemic among the players over several weeks. At the beginning of each day of the game, healthy players have the option to choose, at a cost, a protective action that reduces the likelihood of getting infected.

“We can’t do in real life what we can do in the game,” said Griffith. “We can’t give some people treatment and others not. The game gave us a way to conduct an experiment on behavior that could never be done in real life.”

Because self-protecting involves a cost, players earned the highest number of points by staying healthy and not choosing the preventative measures. At the end of the game, players knew they would receive a gift card with a value equal to the total number of points earned in the game — an incentive to play honestly.

The experiment was conducted twice. In one game, the cost for players to self-protect was low, in the other it was higher. Players in the low cost condition were significantly more likely to make the choice to protect themselves from infection.

“Players were rolling the dice to see if they could stay healthy without paying the costs of protection. But even those players who were more inclined to take risks chose to self-protect the more often they got sick,” Chen said.

The results can be applied to many illnesses from the common cold to sexually transmitted diseases, where there are costs, financial or otherwise, to taking a preventative measure. For example, in the face of an outbreak of flu, preventative costs might include a fear of negative side effects from taking a vaccination, a fear of needles, lost pay for time away from work, the gas cost of driving to a flu shot center and the time spent waiting in line for a vaccination as well as, for some, the cost of the vaccination itself.

The study shows that to reduce disease prevalence, policies that reduce the cost of self-protection can be helpful, such as offering paid time off for employees who get flu shots or providing free flu shots onsite.

“At the start of each day, participants could see how many players in the game were infected. As the number of sick players increased, more healthy players chose to take the preventative measure. During a bad cold and flu season like the one we are in this winter, more people may be willing to take extra precautions if they know how many people in their community are sick,” Chen said.

Researchers also found that players who got infected at a higher rate were more likely to take precautionary action in the future and that people’s willingness to engage in safe behavior increases or decreases over time depending on the seriousness of the epidemic.

“Behavioral Responses to Epidemics in an Online Experiment: Using Virtual Diseases to Study Human Behavior” was published this week in PloS ONE, an international, peer-reviewed, open-access, online publication.