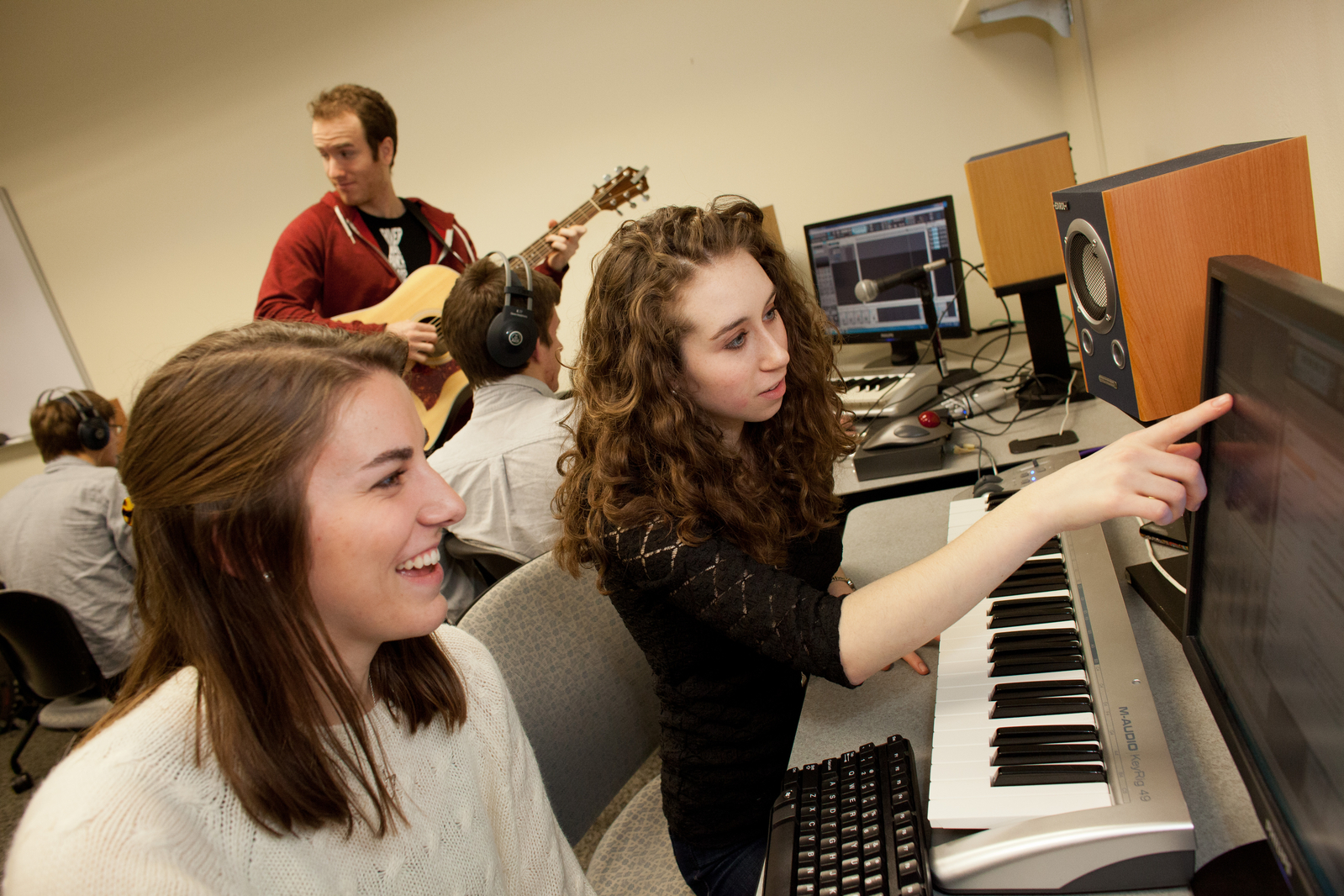 You could say Samuel Murphy is one measure of computer science professor Jennifer Burg’s success.

Burg set out to determine whether using a hands-on topic like music could help her teach complicated computer science topics such as algorithms, abstraction and programming languages.

Murphy, a sophomore from Fort Worth, Texas, took her CSC101 class – and decided to major in computer science.

“It was my first experience with computer science and I was enthralled by it,” he said. “I would not consider myself a science person, but what interested me most was the problem-solving aspect of it. Every program can be seen as a puzzle, and some bits of code may frustrate you until you think steam is coming out of your ears. I enjoy the challenge.”

That was the ultimate goal of Burg’s research. The results of the study she did with partners Jason Romney of the University of North Carolina School of the Arts and sound designer and audio engineer Eric Schwartz, “Computer Science ‘Big Ideas’ Play Well in Digital Sound and Music,” will be published during the upcoming Special Interest Group on Computer Science Education conference, March 6-9 in Denver. The study was funded through two National Science Foundation grants totaling $690,638.

Want to know more about Jennifer Burg’s digital sound and media course? Take a look at the curriculum »

The website also includes video tutorials. See this one on sound waves »

She said several students have chosen computer science as a major since taking one of her revamped digital media classes. But to fully engage them, she said she had to “doubly flip” the classroom.

Where she used to make reading assignments, and then lecture, followed by a test, she now starts her course with hands-on use of the tools. Then she assigns textbook readings, followed by a quiz. After that, the students again use the technology, such as applications including Audacity and Sonar – but this time, they have a project or exercise to complete, instead of just trying to get the technology to work.

“If you give the students a lot more ownership and allow them to pursue their ideas rather than direct them too closely, you get much better results because they are so creative and they have great ideas,” she said. “But it’s scary teaching. I’ve gotten over thinking I have to answer every single question they have. It’s so liberating.”

And it seems to work.

Across the board, students in Burg’s Digital Sound and Media course reported increased understanding of such topics as sampling and quantization; sound synthesis for MIDI; and aliasing. On average, those students also showed increased aptitude and interest in electronics, physics and math, among other topics.

“Students don’t learn linearly anymore,” Burg said. “They are of a much more need-to-know nature, because there is so much more information out there. It’s accessible in a web-like fashion, and they go out there and learn what they need to know when they need to know it.

“Educators need to fill in the gaps between those webs of information, without boring the students.”