Sharing the joy of theatre 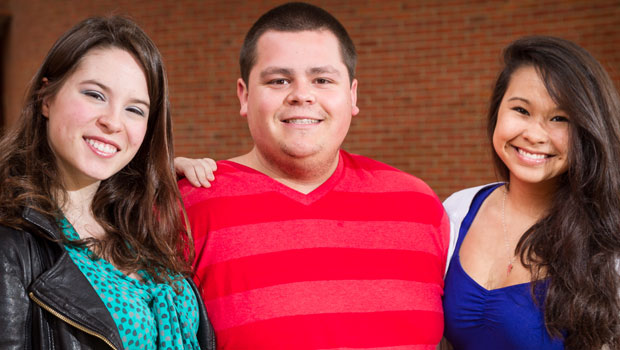 Senior theatre major Dean Guerra knows the power of bringing stories to life on stage. He has experienced it in his classes and through his community of friends who are also drawn to theatre.

So when the drama club at a local school needed reenergizing, he gathered his fellow actors and took the lead.

Guerra recruited members of the Anthony Aston Players, a Wake Forest student organization dedicated to the promotion of arts, to join him in teaching acting, improvisation, voice and movement to sixth through tenth graders at Paisley International Baccalaureate Magnet School.

“When I found out Paisley’s drama club needed support, I jumped at the opportunity to co-sponsor the club and serve as student coordinator,” Guerra says. “I was excited to pursue my interest in theatre education and the art of theatre and positively impact young people.”

Guerra’s commitment to Paisley’s drama club earned him a grant from Wake Forest’s Institute of Public Engagement to help fund costumes and scenery for a performance last spring.

“Theatre helps to educate children in a way that is active and engaging; kids want to learn when they are having fun,” says Guerra. “Theatre has given me a sense of community, and at Wake Forest people have invested in me and cared about my success as a student and an artist. I wanted to do the same for students at Paisley.”

Guerra is a theatre and women’s and gender studies double major from Hockley, Texas. During his four years in college, he has participated in 43 shows in a variety of roles including actor, director, sound designer, light designer and stage manager.

After graduating, Guerra plans to return to his hometown to teach theatre to children. “My plan is to use what I have learned and experienced during my time at Wake Forest to have a positive impact on their lives,” says Guerra.