Engineering at the atomic scale 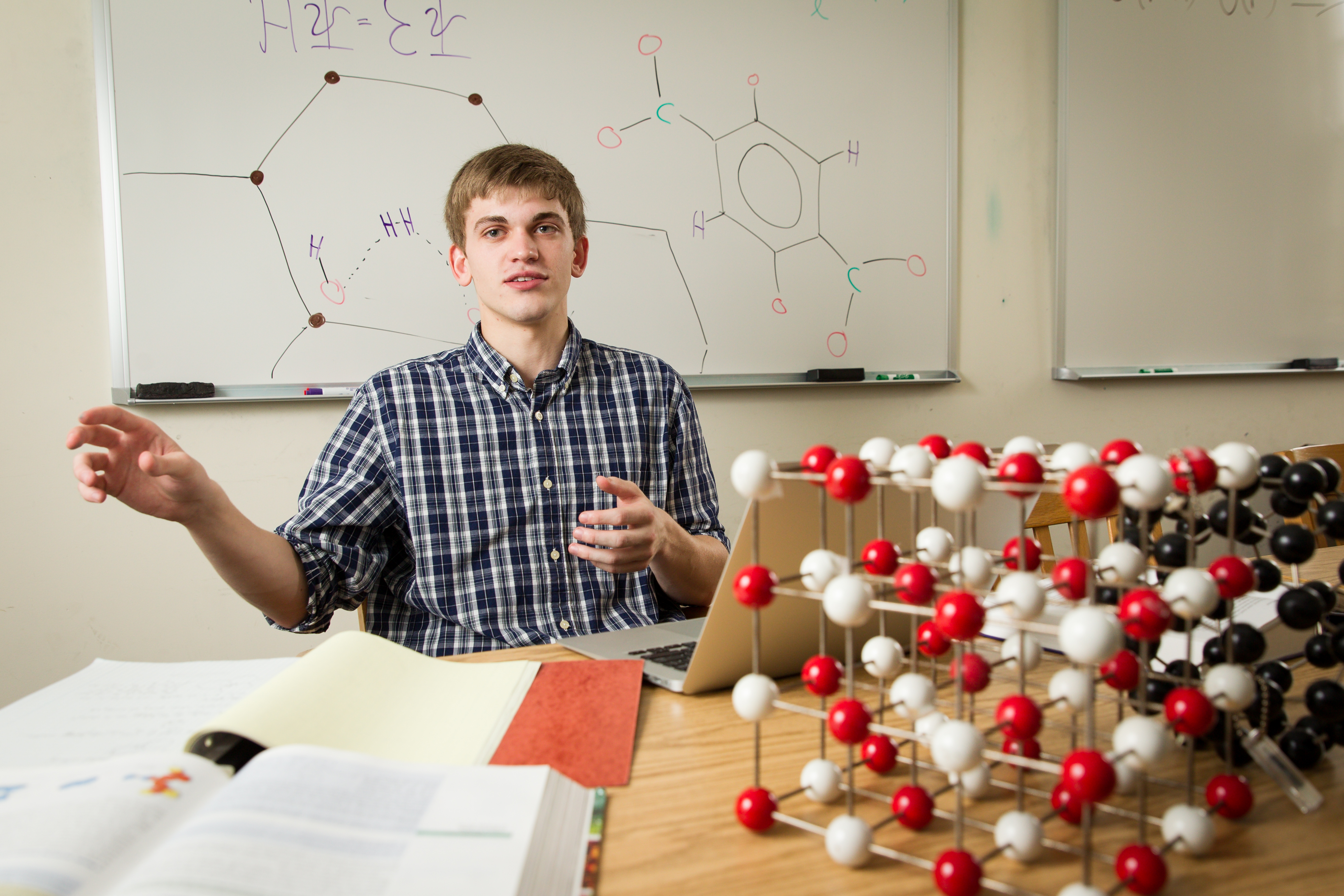 Wake Forest University researchers believe so, and a new Department of Energy (DOE) grant worth more than $1 million will enable them and collaborators at the University of Texas at Dallas to design a novel material that could help revolutionize green engineering.

Discovered less than a decade ago, a Metal Organic Framework (MOF) is a material scientists can engineer down to the molecular and atomic scale.

Because they are inexpensive and can easily be grown overnight, MOFs hold enormous potential for a new generation of clean engineering, from super-efficient CO2 filters to helping make hydrogen powered vehicles a reality.

“The advantages of this stuff are mind blowing,” said Timo Thonhauser, a physicist at Wake Forest University. “Gas molecules such as methane and carbon dioxide easily diffuse into MOFs, which can store them in high quantities and with unprecedented selectivity.”

For example, a fuel tank filled with MOF crystals can store twice as much natural gas as its conventional counterpart, enabling a car to go twice as far on a single tank. Ecofuel World Tour driver Rainer Zietlow proved this by driving a Volkswagen automobile with a MOF tank more than 45,000 miles to test the utility of the technology.

MOFs can be designed to attract and store specific molecules while letting others pass through their porous, grid-like structure. Thonhauser’s group is collaborating with scientists at the UT Dallas and Rutgers University to harness this capability by designing super-efficient filters to trap carbon dioxide emitted by industrial plants.

To date, trapping individual carbon dioxide atoms from car engines or coal plants has been difficult because the molecules are so small. “If the pores in a filter are too big everything is going to go through,” Thonhauser said. “Conventional filters are too coarse to catch most of this stuff. So we need to develop something that can selectively filter out specific, small atoms.”

Thonhauser explains that one challenge with current MOF filters is that while they can trap carbon dioxide emitted when burning a fossil fuel like coal, they also hold on to water molecules.

“Once the water builds up, the filter won’t hold on to CO2 anymore,” he said.

This is where Brian Shoemaker, an undergraduate research fellow in Thonhauser’s lab, comes in. He is swapping different metals like magnesium, iron, gold and platinum into a computer simulation to see which types of metals work best in a MOF carbon dioxide filter.

“What you really want is a filter on a molecular level that picks up one guy among hundreds of others,” Shoemaker, a rising senior, said. “This is a really exciting project to work on because it is something that really hasn’t been done to date.”

Shoemaker is also helping Thonhauser with another piece of MOF-based research that could help make the world a much cleaner place. 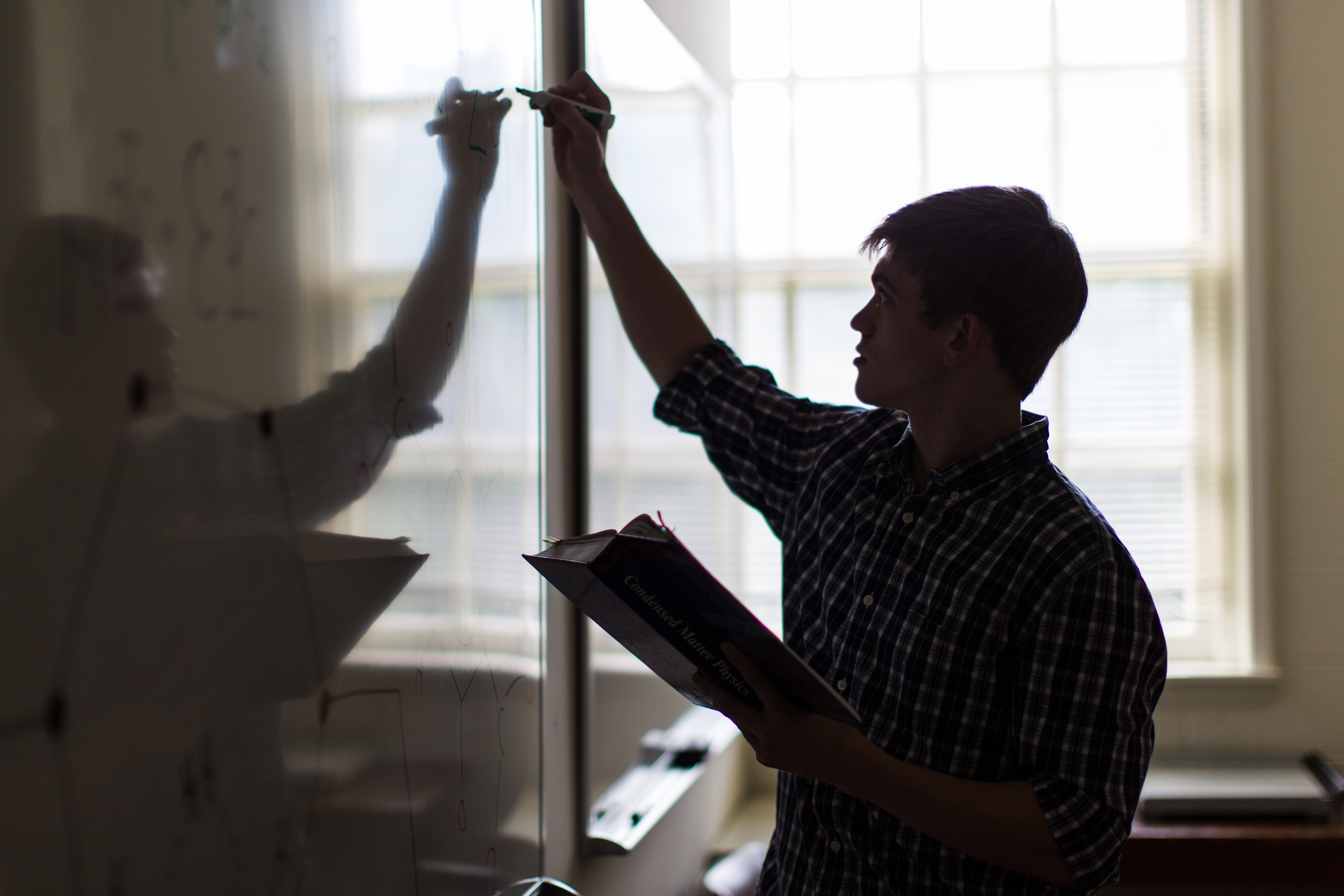 “In the future, we envision cars that run on hydrogen instead of gas,” Thonhauser said. “One of the big questions that remains in this line of research is where do I get the hydrogen?”

Our preliminary studies suggest the possibility of MOF materials being used to split water – one of the world’s most abundant natural resources – into its separate components, hydrogen and oxygen.

Thonhauser explains that currently water can be split with various techniques, but those are all not very efficient.

“It is not clear by any means, but there is a possibility that MOFs might be able to split water effectively someday,” Thonhauser said. “Brian is testing different metals to see if we can find one that will bind oxygen while letting the hydrogen pass through. If that were the case, it would be mind-boggling. It is a long shot, but you just don’t know.”