Career take-off and the ‘butterfly effect’ 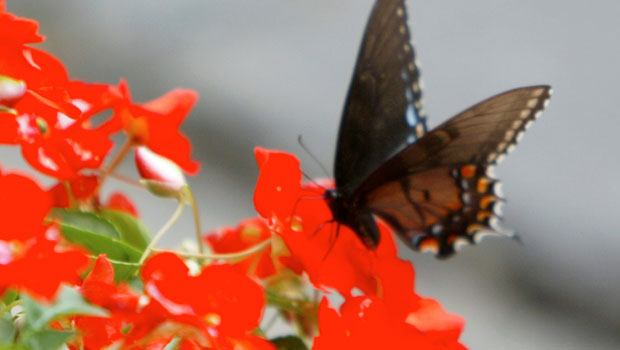 The butterfly effect states that serendipitous happenings can produce outcomes very different from the ones envisioned. It’s often about being in the right place at the right time and being open to the unexpected and the unplanned.

As Katharine Brooks, Wake Forest’s college-to-career strategist, writes in her book, “You Majored in What?: Mapping your Path from Chaos to Career,” a small incident at the beginning of a process, such as a graduate speaking at a career event, can ultimately uncover a new career path.

As part of the University’s My Journey initiative, the Offices of Campus Life and Leadership, and Personal and Career Development recently provided an opportunity for this kind of happenstance.

Jessica Martin, a biology major and anthropology minor, was one of more than 40 seniors who registered to attend the Senior Summit: Navigating What’s Next. Students who signed up took part in panel discussions hosted by 10 Wake Forest alumni in one of four areas: careers, nonprofit careers, graduate school and post-graduate service — signing up for the session that interested them the most.

Bethany Novak, a 2006 grad working as a broadcast producer at Mullen, an advertising firm in Winston-Salem, presented in the career panel. A Spanish and theatre double major, Novak told students that when she was in school, people asked her if she was going to work in Spanish theatre.

“People often assume that a specific major leads to one defined career path. Your major can lead to a variety of opportunities; expected and unexpected,” says Amy Willard, assistant director of professional development. “Bethany shared how she played up her team approach to creative problem-solving, and her communication and cross-cultural skills during her job search. When looking for that first job, you have to be able to explain how the skills you developed in college are going to make a difference in the workplace.”

After the panel discussions, students exercised their networking skills. Written on the back of each student’s nametag were three numbers corresponding with specific alumni at the Summit.

“You had to introduce yourself to all three alumni whose numbers were on your nametag and talk about your skills and possible job opportunities,” says Martin. “The idea was great. It prodded us to talk with people we wouldn’t necessarily have approached.”

The Summit was part of a series of programs organized to challenge, support and celebrate the senior year in college — a year of change and transition.

“As we help students truly celebrate the end of their undergraduate college experience, we must equip them with the tools they’ll need after graduation while also allowing them to have time to reflect on their Wake Forest experiences in meaningful ways,” says Amanda Horton, assistant director of campus life. “Who better to talk through these things with than alumni?”

As alumni talked about the choices they made as they launched their careers, graduates-to-be learned that there are many paths to choose from during the journey and that choices are not permanent.

The most important lesson learned: “It’s one I’ve heard many times during my years at Wake Forest,” says Martin. “Don’t be afraid to ask for help.”