Take a guess or skip the question 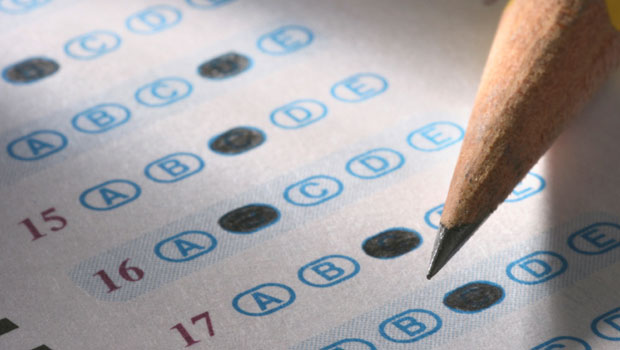 If you’re taking a standardized test like the SAT and you’re not positive you know the correct answer, do you skip or guess? Previous studies suggest that your strategy may be very different from that of the student sitting next to you.

“Research indicates that some students are less likely than others to answer questions on standardized tests if they aren’t confident they know the right answer, which can affect their score,” says economics professor Amanda Griffith. “A few explanations have been proposed, but we are still not sure what influences the decision to skip.”

Griffith and colleague Fred Chen, whose expertise is in mathematical economics, want to know if these previous findings tell the whole story. “We are interested in learning what groups have different guessing behaviors and what role the test setting plays,” says Griffith.

How important are standardized tests for college admissions?

Enter Sam Sherman. Sherman, who took Chen’s “Game Theory” course as a sophomore, talked with Chen about his interest in research. This led to a summer project and to Sherman becoming a supporting member of the research team.

Chen and Griffith developed an experiment in which students take a standardized test much like the SAT. They also developed a test to measure a person’s tendency to take a gamble. So far they’ve tested more than 150 Wake Forest students, and the study will continue next semester.

Sherman uses his math and econ know-how to help analyze data and to develop theoretical models to explain the patterns in the data. The team looks for clues that may help determine when and why some people guess and others skip when they are unsure of an answer.

“We started with one hypothesis about how people would behave, and we found the opposite,” says Griffith. “Now we need to find out why our results don’t match our assumptions.”

“When people behave in a way that’s contradictory to the expectations, that’s the part I enjoy the most — sitting down with my professors and trying to figure out why this might be happening,” Sherman says.

A solid economic research project often begins with one question that leads to others, says Griffith. The research can take years as new offshoots develop, but it’s worth exploring them. Results from studies such as this one may someday influence how standardized tests are administered.

“When you first come to college, it seems an esoteric pursuit,” says Sherman. “Drs. Chen and Griffith take economic theory and turn it into something that may have a real-world application. It’s the intersection of mathematical theory and applied social science that I find exciting.”

Sherman, now a junior mathematical economics major, plans to go to graduate school. Working with Chen and Griffith, he’s developing the patience he’ll need if he takes that path. “Sam brings a lot of enthusiasm, brain power and grit to the project,” says Chen. “He may not always get something right the first time he works on it, but he is persistent and puts in the hard work till he gets it right.”

To conduct extensive economic research as an undergraduate is an exceptional opportunity. Among those applying to grad school, very few will have had experiences like those Sherman has worked diligently to secure.

“Sam sees the inside of our job,” says Griffith. “Professors don’t just show up in class and teach. Working with Fred and I is helping him think through what his next steps will be after he leaves Wake Forest. If he goes to grad school, he has a very good idea of what that experience will be like. If he chooses another path, he’s developed skills he can take with him to start a career.”

“As a professor, the main goal of my academic life is to share with students an interest in my research. It’s been fun to watch Sam develop from a sophomore with some math skills into a researcher and economist.” Griffith says. “It makes what I do have more of a purpose.”