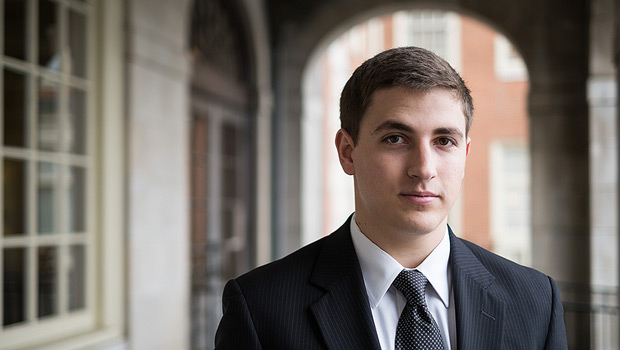 O’Connell is among 32 Americans chosen by the Rhodes Trust on Nov. 23 to study at England’s Oxford University in 2014. He is the 13th Wake Forest student to be named a Rhodes Scholar in the past 27 years.

“This was a team effort. It required eight recommendations and so much support,” says O’Connell. “I couldn’t have done it without great mentors at Wake Forest and at home. One person gets the recognition, but the real credit belongs to everyone who helped along the way. I’m especially thankful for my mom, who’s really the best in the business. Without her, this wouldn’t have been possible.” 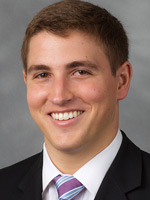 O’Connell plans to focus on security studies at Oxford’s Blavatnik School of Government, with a specific focus on the strategic use of hard and soft power.

“The U.S. shoulders much of the responsibility for securing peace,” O’Connell says. “The next generation of leaders must be prepared to step up and keep the world safe. It will be essential to use ‘smart power’ toward that aim. We’ll need to leverage everything in our toolbox — including diplomacy, development and, at times, military might — as we fight for a more secure world.”

O’Connell wrote his senior thesis on Al-Qaeda after 9/11. He aspires to join the Navy after completing his masters degree. “I’m looking at the opportunities I’ve been given to determine how I can best serve the country,” he says.

O’Connell is currently completing a year-long position as a full-time staff member in the Office of the President as a Wake Forest Fellow.

“Seldom have I met a young person with a more inquisitive mind or wider range of intellectual interests,” says Wake Forest President Nathan O. Hatch. “Jim is also a tremendous ‘relater’ to other people, and he reaches out in deliberate and effective ways to better understand a subject or an individual.”

As an undergrad, he was a student member of the Wake Forest Board of Trustees and a chair of the Honor Council. He led the effort to create an LGBTQ center at the University, organized events for the Faces of Courage program celebrating the 50th anniversary of the desegregation of Wake Forest and has written one feature length screenplay and three for short films, and is hosting a weekly radio show on film and culture.

“Jim’s receiving the Rhodes is testament to the kind of leader he is, someone whose own intellectual and ethical reflections time and again inspire others,” says Tom Phillips, director of the Wake Forest Scholars program.  “Jim has a strong curiosity about the world combined with an ardent desire to serve that world.”

O’Connell says that winning the Rhodes Scholarship is the beginning of the journey, not the end. “I feel a deep responsibility to continue learning and serving.”