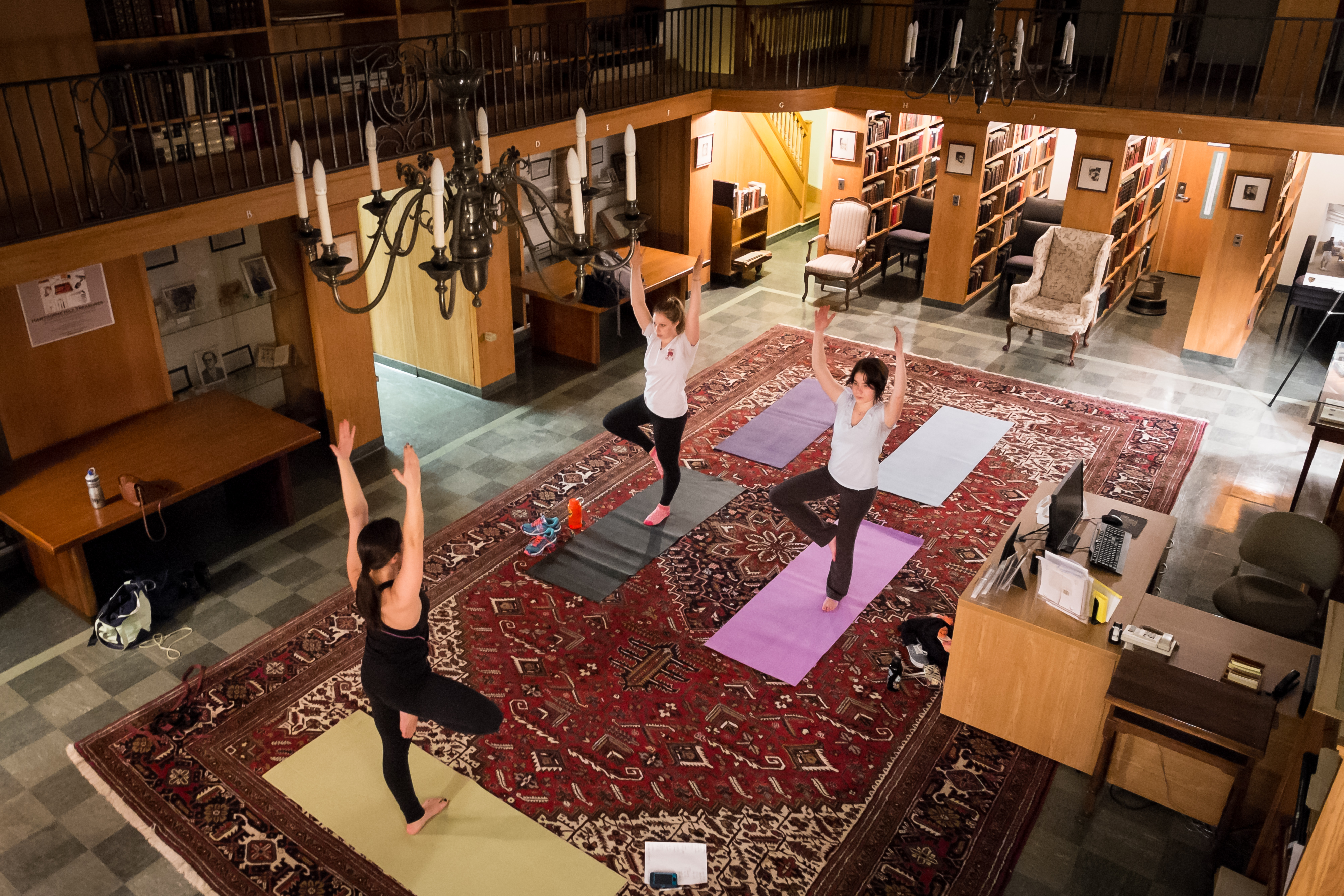 At the end of the each semester, Wake Forest’s Z. Smith Reynolds Library hosts “Wake the Library” — a weeklong tradition that helps students cope with the long hours  spent writing papers and studying for finals.

“Wake the Library has become a tradition because we have consistently developed the program since 2006 so students look forward to the event,” says Susan Smith, associate dean of the ZSR Library. “Our program is unique in its extensive scope, our encouragement of student input on what they like and don’t like and the fact that we have individuals and groups outside of the library come and join in.”

This year, the event kicked off on Sunday, Dec. 8. It featured new activities like a nightly yoga session hosted by the library staff and a motivational speech and free doughnuts handed out by none other than new head football couch Dave Clawson and his wife Catherine. Thursday, the last day of Wake the Library, featured a serenade by Wake Forest’s pep band at midnight.

Library staff set up a ‘Relaxation Station’ in the library atrium, equipped with coffee, tea, water, snacks, plenty of candy, and even puzzles and coloring books meant to help students unwind and get away from their studies and tech devices, even if for five minutes.

To reduce waste from the more than 2,000 cups of free coffee consumed in the library during exam time, the Office of Sustainability collected both tasteful and tacky coffee mugs from the Wake Forest community to give to students.

Throughout the week, students showed their support and gratitude to the ZSR library via the “I love ZSR Because…” social media campaign. The interactive project featured a whiteboard where students could write why they love ZSR and share it on the library’s Instagram account and on twitter  @zsrlibrary using the hashtags #myzsr and #wakethelibrary. 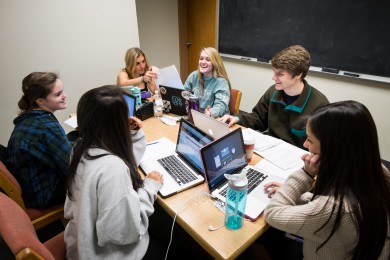 The Z. Smith Reynolds Library is renowned for its excellence in supporting the teaching and learning mission at Wake Forest.

It received the 2011 Excellence in Academic Libraries Award, given annually by the Association of College and Research Libraries (ACRL), a division of the American Library Association. The library won the award for university libraries, the category for the largest libraries, typically at research-focused universities; Wake Forest is one of the smallest universities to ever receive the award in that category.