Aerial images captured by a drone aircraft provide a new look at the extent of contaminants leaked into a North Carolina river from a Duke Energy coal ash dump as concerns about water pollution grow and a federal criminal investigation continues.

A drone aircraft operated by researchers at Wake Forest University’s Center for Energy, Environment and Sustainability collected data that shows how many million gallons of arsenic-contaminated water and ash spilled into the Dan River in Eden, N.C., after the initial pipe burst.

Wake Forest biology professor Miles Silman and a team of researchers, who are not affiliated with Duke Energy, used images taken from the drone to create a 3D model of the ash pond spill site. A video of their high-resolution model clearly depicts where ash washed out from the pond basin and where the water line was when the pond emptied.

Using their model and existing aerial images of the pond taken before the spill, the researchers estimated that 16-20 million gallons of ash and water spilled out of the pond on Feb. 2, with up to 15 million gallons being released in subsequent days.

“We think we have a precise estimate of the ash and water slurry that flowed out of the pond based on our methodology. The uncertainty comes from the amount of water that continued to drain from the ash, which is a question for hydrologists,” Silman said. “Our work provides an independent estimate of the spill.”

“We want to be completely transparent in this,” Silman said. “Our goal is to help stakeholders deal with the spill and its consequences, and show the technology as a cheap and cost-effective way to monitor the environment.”

To create their model, Silman and biology graduate student Max Messinger attached a camera to their unmanned aircraft and flew a grid-like pattern over the ash pond taking pictures at regular intervals.

“The software uses multiple camera viewpoints to build the 3D model, in much the same way that your brain infers 3D structure using your two eyes,” Messinger said. “Once the 3D model is constructed you can then navigate through it as if you were there.”

In the future, Messinger said drones could be used to monitor similar incidents.

“We are currently working on methodology to put this approach into play elsewhere,” he said. “It could be an effective means to monitor the extent of environmental contamination in the case of similar incidents.”

Funding for this project was provided by Wake Forest University’s Center for Energy, Environment and Sustainability. Silman, Messinger and Marcus Wright, a chemistry lab manger and key developer of Wake Forest’s environmental drone program, are also applying their drone technology to explore climate change in the Peruvian Amazon.

1. Image of the flight path of the drone while taking imagery with broader field of view to show relation to river and steam plant. 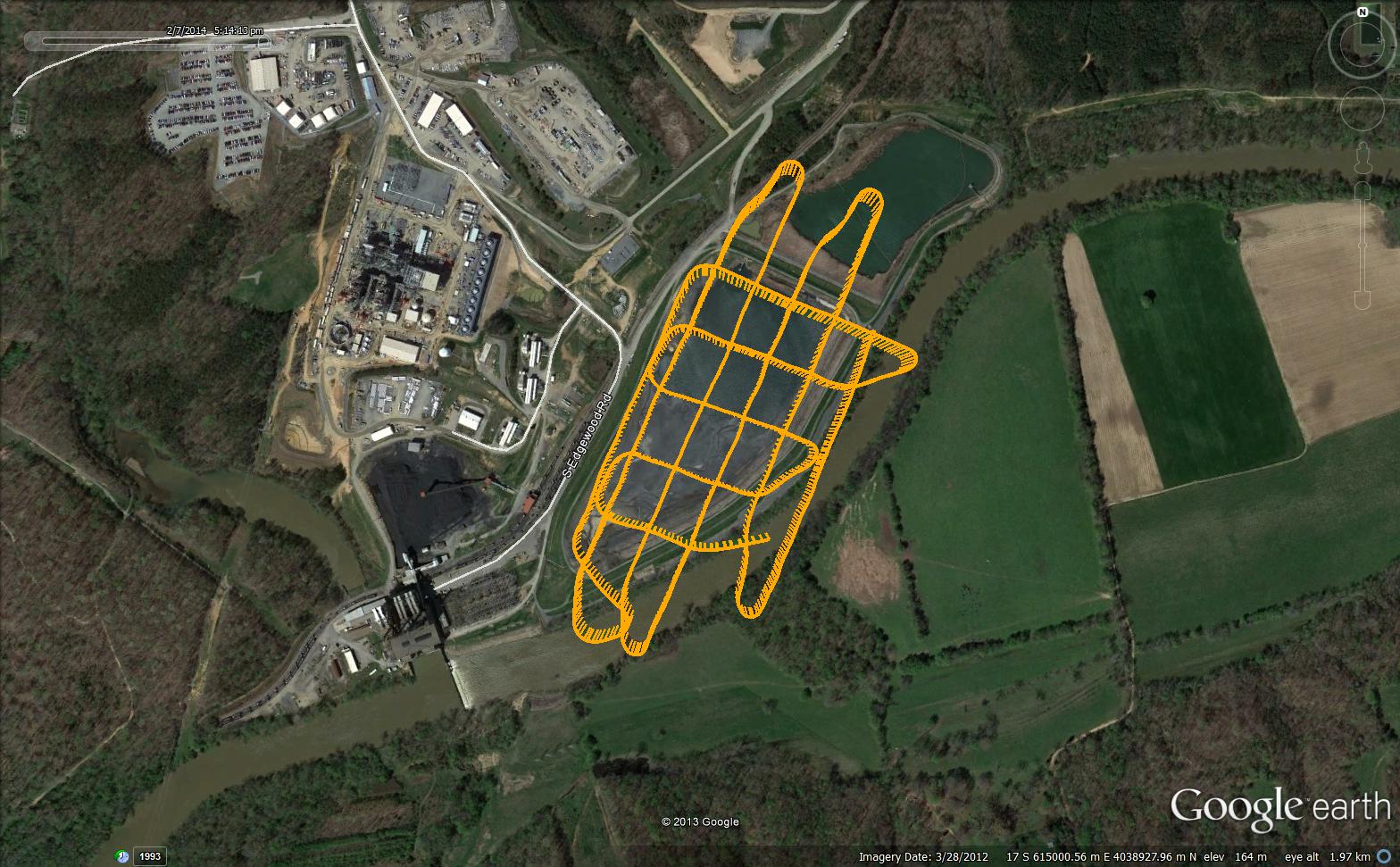