A way to save the Amazon? 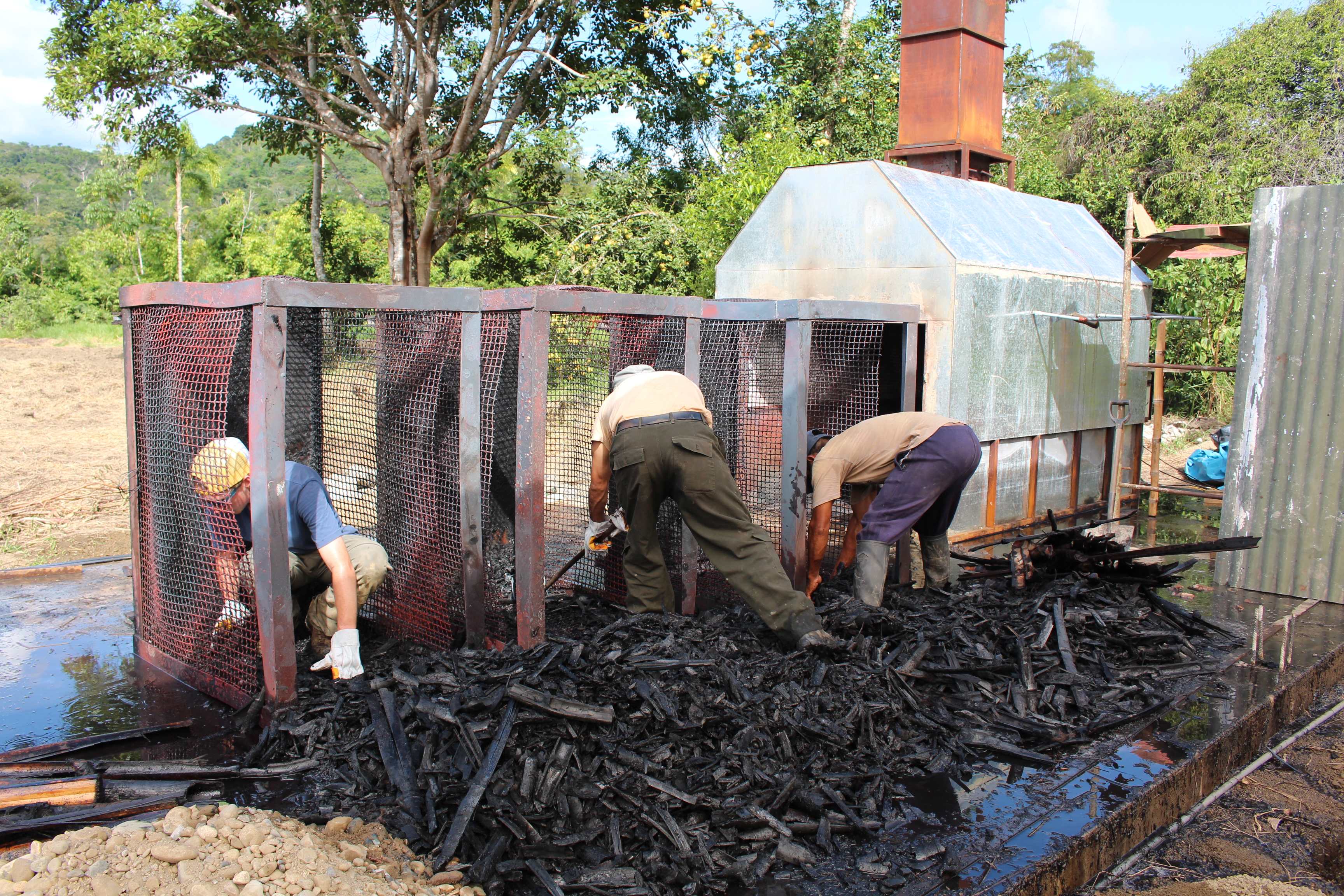 A new technology being developed by Wake Forest researchers could help reverse the devastating effects of deforestation and mining on the world’s largest rainforest.

Few people grasp the importance of the Amazon. It drives the world’s climate and weather patterns and annually absorbs 1.5 billion metric tons of C02.

This priceless resource is nevertheless being destroyed at an alarming rate. Since 1978, over 289,000 square miles of Amazon Rainforest has been lost across South America. Once an area of trees is removed, the soil loses its ability to retain essential nutrients, which in turn makes it difficult for trees and crops to grow.

Andrew Wilcox, a Master of Arts in Sustainability graduate student, and a team of Wake Forest and Peruvian researchers from the Amazon Conservation Association are working on a solution to reverse this trend.

They are developing a new and more effective version of biochar made from native Amazonian bamboos. Originally developed by Indigenous Amazonians 2,000 years ago, biochar is a kind of fertilizer made by smoldering agricultural plant waste in a specially designed, zero-oxygen kiln. The process creates a fine-grained, highly porous charcoal that makes it possible to grow crops and other plants in areas that have been stripped of trees or contaminated with heavy metals from mining.

Journey to the Amazon

With equipment for their biochar reactor in tow, Wilcox, biology professor Miles Silman and chemistry professor Abdou Lachgar made the 20-hour journey from Lima, the Peruvian capital, to the small farming village of Villa Carmen in Southeastern Peru this summer.

“We are not talking about I-40 here,” Lachgar said. “Just getting this massive kiln and equipment to Villa Carmen was an amazing feat.”

Upon arrival, the researchers set up the kiln and other components of the reactor and began testing different formulations of biochar made from bamboo feedstock.

Lachgar said the current goal of the project is to test different formulations of biochar to see which is most effective at holding nitrogen, carbon and other nutrients in the soil while simultaneously taking up heavy metals like mercury.

“You can cook the biochar in different ways to alter the structure and make it more functional,” he said. “Ultimately we want to figure out what version of biochar is most useful and affordable for the local farmers.”

The research team will soon begin testing the different formulations of biochar to see how they perform at two locations; one on agricultural land near Manu National Park and the other in mercury-contaminated mine lands.

Silman said the bamboo the research team is using as a feedstock grows quickly in deforested or mined areas and holds a lot of potential for local farmers.

“It offers the potential of generating both forestry products as well as the co-benefits of char and energy production,” he said. “The combination has the potential to increase the income and wellbeing of rural farmers while simultaneously decreasing the pressure of deforestation on lowland forests. All while being carbon-negative; reducing—not adding to—GHG emissions.”