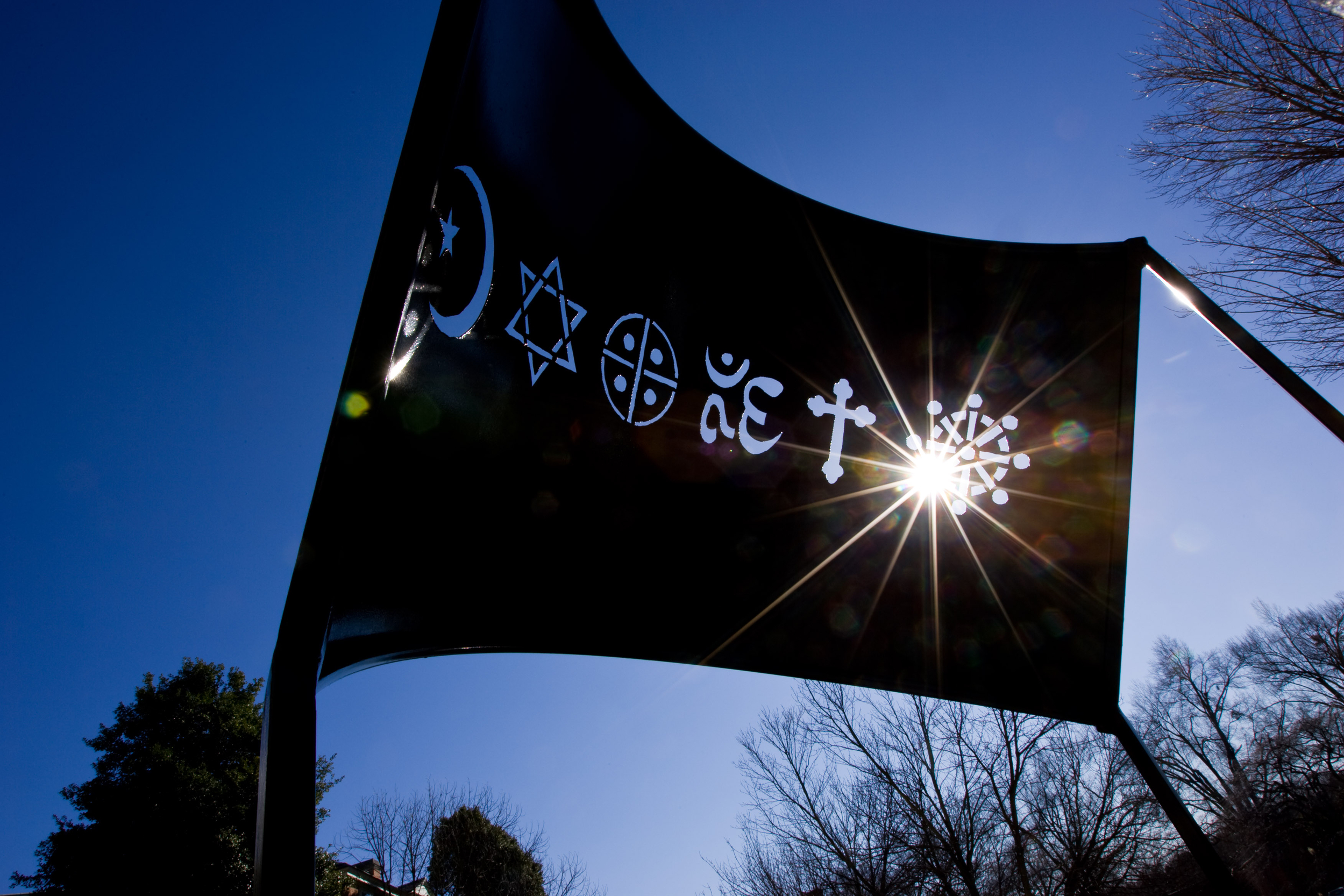 Leaders from Interfaith Youth Core (IFYC), a national nonprofit organization dedicated to building and sustaining interfaith initiatives, are spending time on campus this week meeting with members of the Wake Forest community.

Partnering with IFYC is part of the University’s ongoing effort to support meaningful connections between people of different faiths, said Chaplain Tim Auman, who organized the visit with Elizabeth Orr, Wake Forest’s director of Catholic programming.

“Interfaith collaboration means seeing and encouraging and supporting new dialogue and conversation across faith traditions about things that matter in our lives,” Auman said.

Founded by Eboo Patel, a member of President Barack Obama’s inaugural Advisory Council on Faith-Based Neighborhood Partnerships, IFYC focuses on religion as a bridge of cooperation rather than a barrier of division and works with universities across the country to provide strategic guidance, training and assessment to advance interfaith cooperation as a campus-wide priority.

With so much turmoil and violence in the world caused by religious differences, IFYC emphasizes the central role universities play in cultivating greater understanding.

“Intolerance typically stems from fear and lack of information about the traditions and beliefs of others,” said Shoshanna Goldin, a senior who co-founded the Interfaith House, one of Wake Forest’s theme houses. “Friendships across religious traditions are essential to reducing negative stereotypes.”

The IFYC leaders met with students, faculty and staff to think about ways to expand interfaith work already underway on campus. They also shared information regarding a survey of the campus religious and spiritual climate administered on campus in the fall and led one-on-one meetings and small focus groups with student organizations and campus leaders. 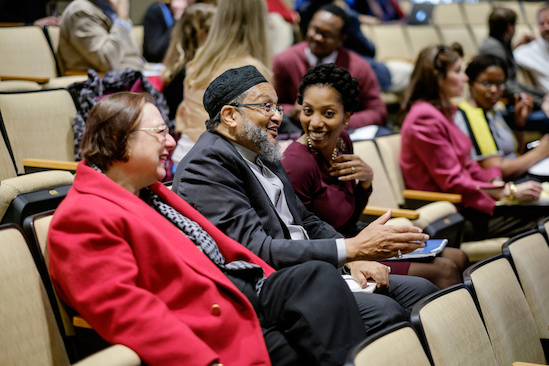 Discussions explored how Wake Forest’s motto, Pro Humanitate, and commitment to global education provide the foundation for interfaith efforts. Faculty identified many ways religious identities and themes are explored in undergraduate and graduate courses. And, the group developed a long list of existing University-wide interfaith initiatives and events.

Creative examples of recent interfaith initiatives at Wake Forest this academic year include a Fastathon, co-sponsored by the Muslim and Jewish student associations, that brought together Jewish, Muslim, and Christian students, faculty and staff to raise awareness of religious traditions associated with fasting and to raise money to fight hunger in North Carolina. Several recent conferences on topics such as Muslims as minorities and black spirituality in the South and upcoming events addressing faith and the environment and Islamaphobia are encouraging dialogue. During this year’s spring break, an interfaith group of students will travel to New Orleans to work together on service projects. The School of Divinity offers interfaith pilgrimages to the Holy Land and Egypt and supports interfaith dialogue in a variety of ways.

“From Diwali festivals to the annual Moravian Love Feast to curriculum exploring religious pluralism, students of all spiritual backgrounds find avenues for celebrating religious perspectives at Wake Forest,” said Hattie Mukombe, an associate dean of diversity admissions who participated in the campus discussions. Mukombe said prospective students are increasingly curious about opportunities for religious diversity and are happy to know about the Muslim Student Association, the active Hindu population, and the Hillel lounge, as well as the support for people of all faiths provided through the Office of the Chaplain.

Spiritual wellbeing and understanding is critical in building rewarding relationships during college and for working with others after graduation, Auman says. “At Wake Forest, we want to model interfaith collaboration for the rest of society. But it’s up to each of us to ask how much we want to devote ourselves to creating positive change at Wake Forest and in the world.”

IFYC staff will return again in April to follow up on some of these conversations, and to brainstorm concrete action steps for Wake Forest in increasing interfaith cooperation on campus.