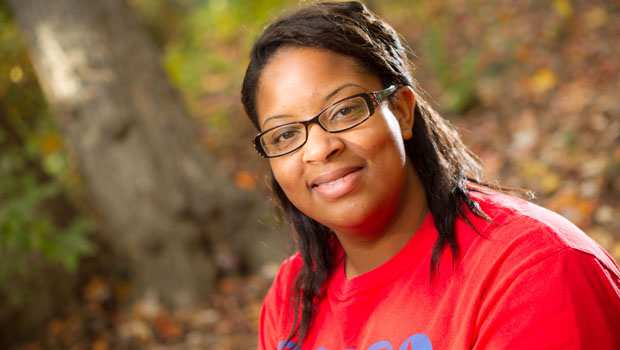 NASA was founded by Lucretia Hicks (’10), a Wake Forest alumni and graduate. Hicks, who is from Cherokee, N.C., established the group in 2008. Of the eleven group members, two are members of the Lumbee Indian tribe and one is Cherokee.

“I was interested in becoming more knowledgeable about Native American culture,” says senior Jessica Attucks, who is president of NASA this year. “I also wanted to learn more about my own heritage.” With a great-great-grandmother on her grandmother’s side who was half Cherokee, Attucks says she hopes to expand her knowledge of Native American heritage to finish a family genealogy tree begun by her aunt.

Attucks says there are many misconceptions related to Native American culture. “There’s this idea that Native Americans live in teepees and dance in circles around fires. When you see the dances performed, and learn about the meaning behind the regalia and body art, it’s a very different experience from what you read in books.”

Michael Jacobs in Concert
Cherokee Contemporary Musician
Nov. 10, 7 pm
Ring Theatre
» Mr. Michael Jacobs is a Cherokee musician who not only uses his music to talk about Native American culture, but to cover topics such as peace, wholeness, suffering, and the environment. His music is a mix of rock, pop, and folk.

Native Movement
Nov. 12, 7-9 pm
Annenberg Forum, Carswell Hall
» One-Spirit Dance Team will represent the Lumbee and Haliwa-Saponi tribes. James Bo Taylor who is a Cherokee singer, dancer, and storyteller. Taylor serves as an archivist at the Museum of the Cherokee Indian.

Cherokee Tribal Historic Preservation: An Indigenous Perspective on Preserving the Past
Nov. 16, 7 pm
Museum of Anthropology
» Russell Townsend, Tribal Historic Preservation Officer for the Eastern Band of Cherokee Indians, will discuss the tribal historic preservation program, focusing on how it is organized and conducted. He will give examples from case studies of how the Cherokee do archaeology and how that process may differ from traditional archaeology.