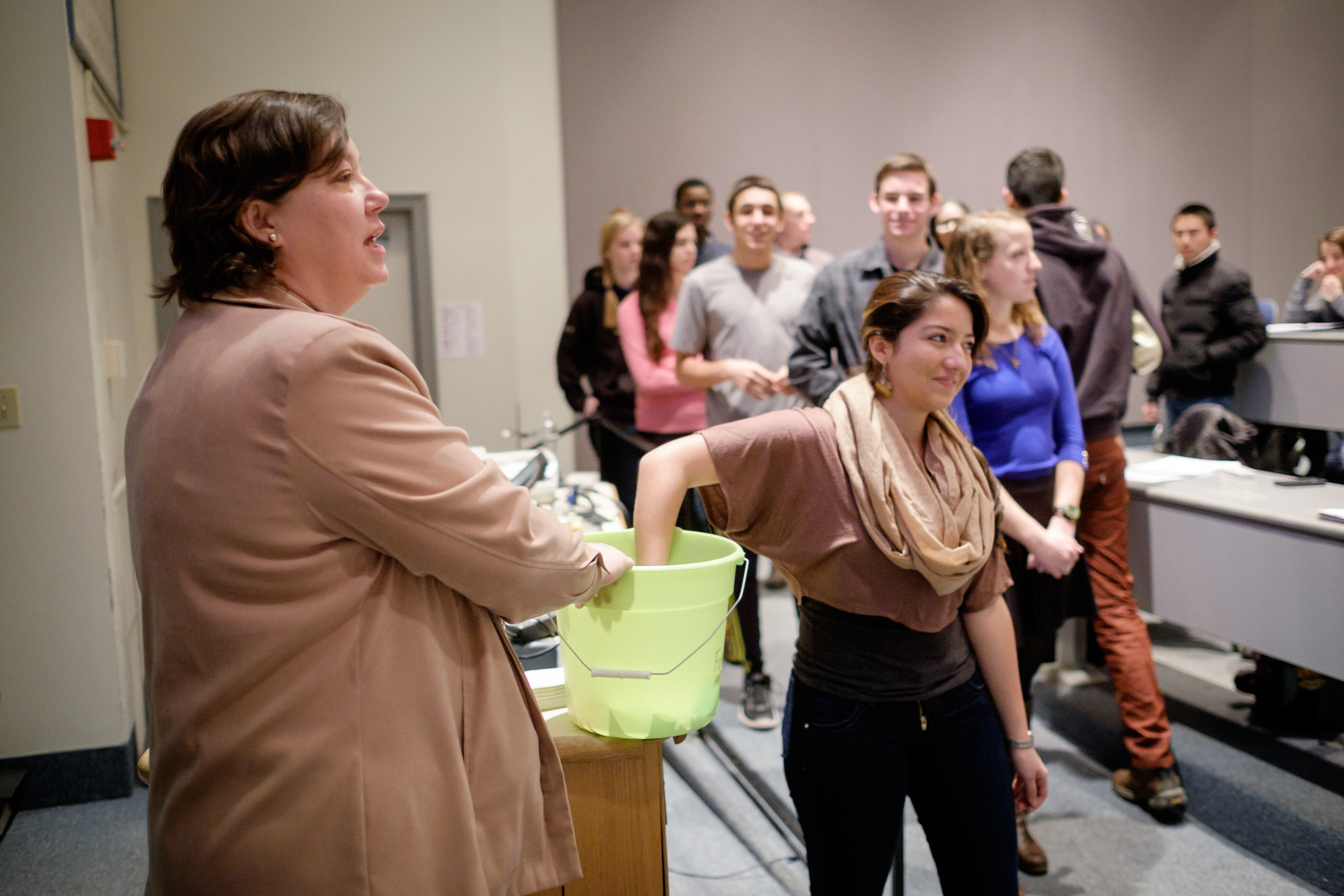 Professor Angela King had an OMG moment last year at a teaching retreat, which led her to change how her organic chemistry classes operate.

King realized, “What a student expects to learn and how they expect to do in a class actually impact their learning.”

For example, a student might take a divisional class and assume they will get an A because it’s viewed as their “easy” class. “They are already calculating their GPA based on that A and will do whatever it takes to get that A,” she said, “while a student who takes a class perceived as more difficult, like my organic chemistry course, just wants to pass the class.”

And sometimes that means they settle for a C, she added, when a little more effort or an alternative study method could help them improve their learning and their grade.

To counter this, she developed a course mastery challenge and borrowed the idea of a House Cup from the world of Harry Potter and Hogwarts.

The idea grew from initial brainstorming and discussion with other participants at the 2014 Graylyn Teaching Retreat. “People had great ideas for improving student motivation and increasing teamwork,” she said. “I took those ideas and ran with them.”

Students, most of whom are pre-med or science majors, were randomly assigned to teams and earned points for class participation, correct answers in class and quiz grades, for example. Grades of F deleted team points while As and perfect scores earned extra House Cup points. The team with the most points at the end of the semester earned a 15-point bonus on their final exams. 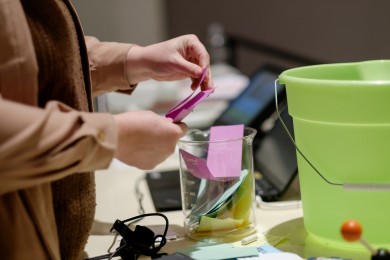 The House Cup teams fostered the development of peer study groups and team work. There were four class assignments that were more applied and creative that students could work on together. For one case study, the students used synthetic reactions they were learning to explain how a drug to help treat cocaine addiction was produced and conducted research on enzyme action to explain why such a drug might work, King explained.

“I thought the House Cup was not only a great way to encourage in-class participation, but also a great way to encourage group assignments with our House Cup team,” said sophomore Adam Hoxie, who participated last fall. “I appreciated that Dr. King was willing to adapt the House Cup throughout the semester, given that this was its first year. She was always asking for student feedback on the program. I think it provided a fun way to engage and unify the entire class.”

Sophomore Jennifer Green said she enjoyed the House Cup experience because it made her want to participate in class. “The competition drove class participation and I found it not only fun, but also educationally helpful,” she said. “Every week, the class would have updates on the current tally of points each team had won during the week, which spurred many students to study hard and keep up with the subjects so that in the next class, they could win points towards their teams tally.”

Green said that by the end of the semester one team had outpaced the others in points by a “long shot” so the other teams “didn’t fight so much to earn points anymore which is where a second place point prize or even third could have kept everyone’s motivation up.”

Based on similar feedback from other students, King said she intends to make that change with this semester’s class.

Angela King decided her advanced organic chemistry students needed to know as much about famous organic chemists as famous athletes or pop celebrities. 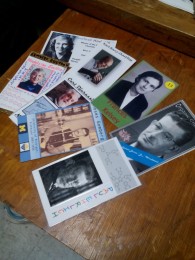 So she set them loose with glue sticks and scissors to create sets of trading cards as a small group project.

She got the idea from watching the “Cosmos” show hosted by renowned astrophysicist Neil deGrasse Tyson who shares cartoons depicting early physicists and astronomers. She was surprised when one of them showed “the guy who developed the microscope and first saw cells who had also made contributions to the field of astronomy. I thought, how could I not know that? Why do I know who Kim Kardashian is and not that?”

The trading cards, which King calls “my pride and joy,” depict the pioneers of organic chemistry and their accomplishments. The students took a quiz based on the cards, and she also added a bonus question to the final exam based directly from them.