Hoda on humor and happiness 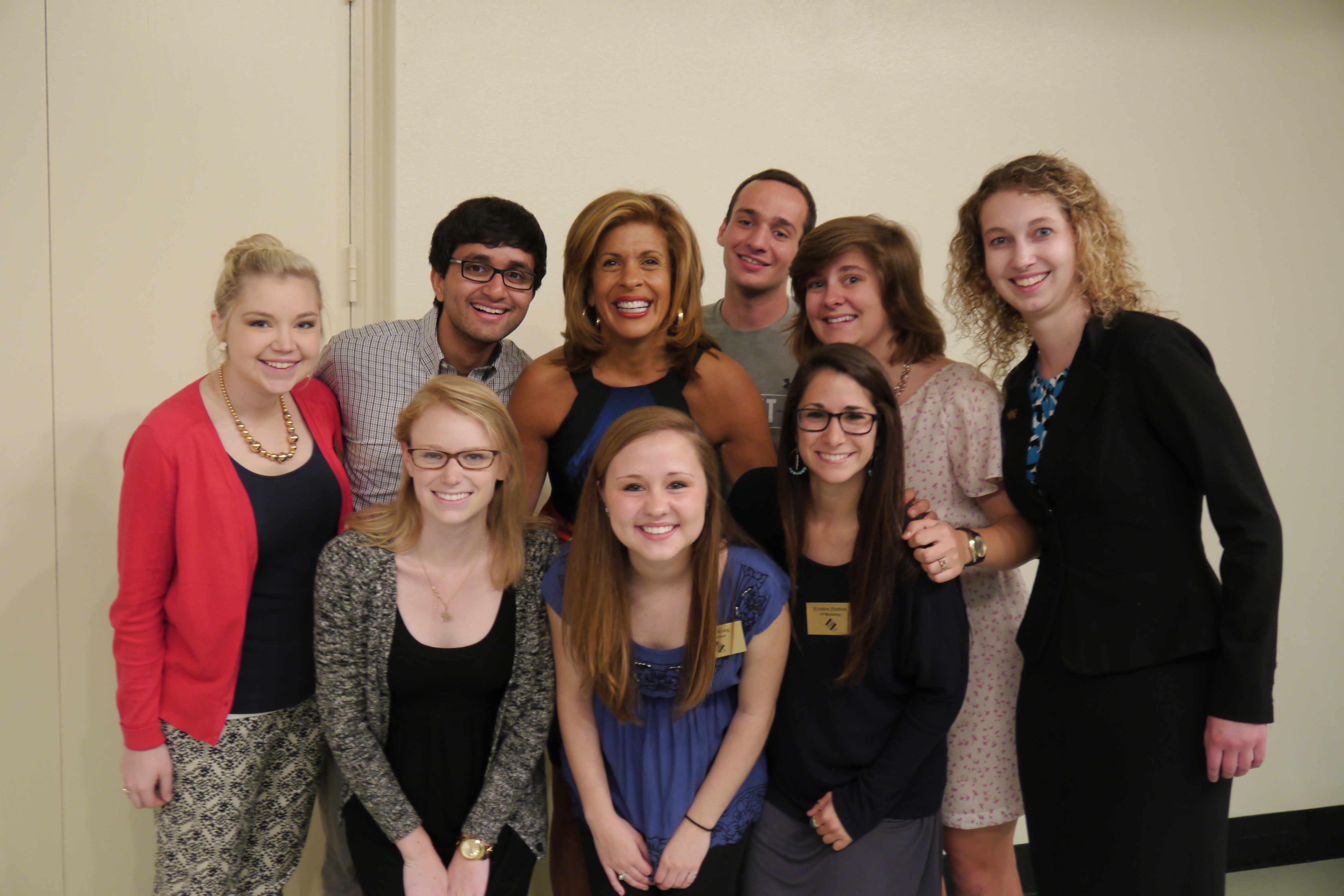 Today Show co-host Hoda Kotb brought a little sunshine to a rainy day at Wake Forest University on April 25, radiating warmth, energy and enthusiasm as she inspired an audience in Wait Chapel with stories about her road to career success and happiness.

She walked on stage with her smart phone in hand, waving and saying, “Heyyyyy” – her signature salutation drawn out into two long syllables. She took selfies with the audience and showed off her lip-syncing style on pop song “Uptown Funk” for an upcoming appearance on NBC’s “Lip Sync Battle.” Just moments before, she had met with dozens of students in a casual meet-and-greet session, even calling one student’s mother to personally wish her a happy birthday and FaceTiming with the Student Union president Lucas Swenson’s mom.

Swenson, a senior, said it was an honor to be associated with the organization that hosted her. “Hoda Kotb treated those she met like they were the celebrities instead of her,” he said. “She learned our names and was even willing to FaceTime my mom, a huge fan, all the way in Kentucky for a virtual meet and greet. They blew kisses and high-fived each other over the phone.”

It was clear that the accomplished journalist and author – whose address was titled “Winning in the Face of Adversity” – loves life. Sophomore economics major Sara Rudasill, the program chair for the Student Union, said Kotb was as genuine in person as she appears on air. 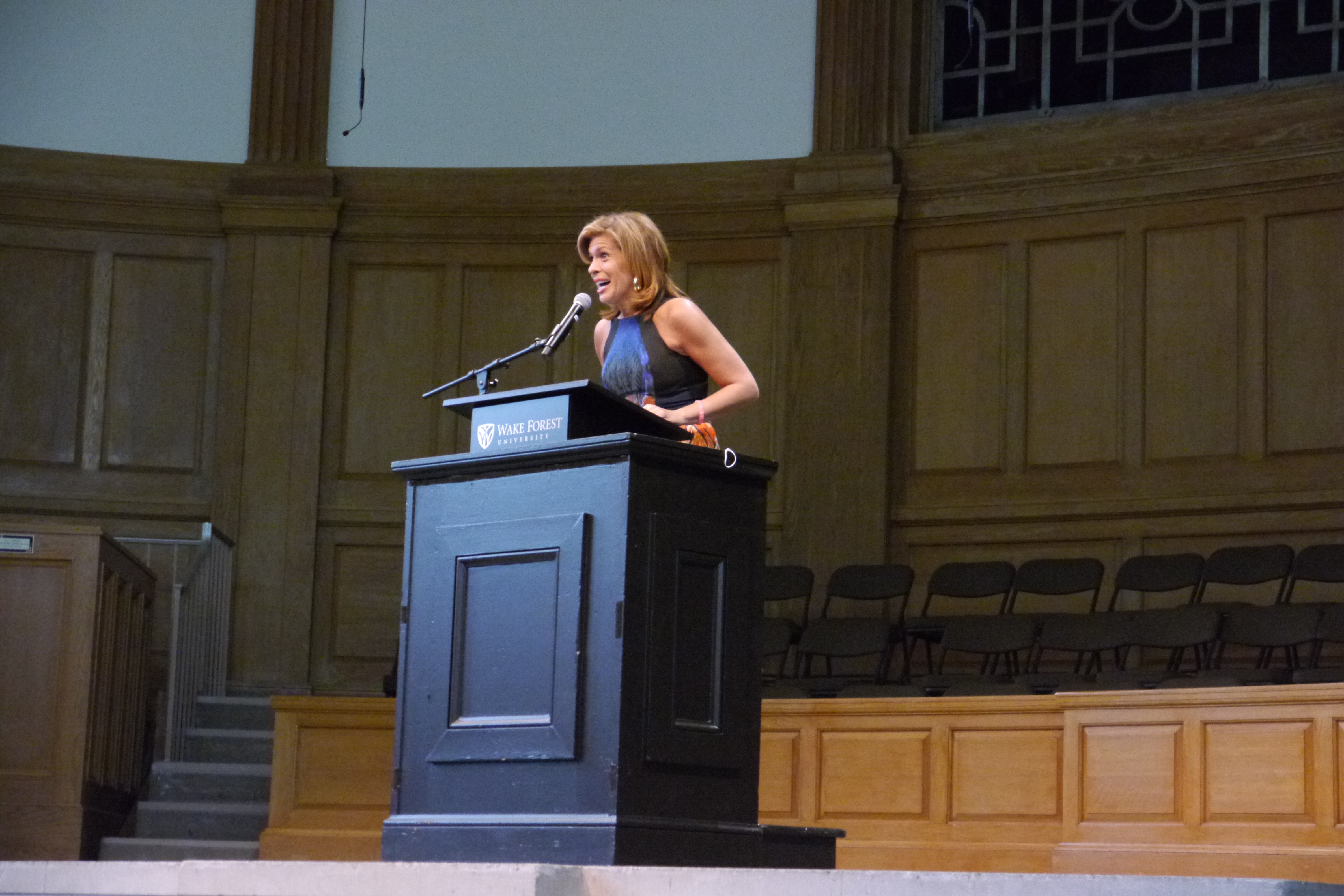 “When our Student Union lectures committee selected her as our speaker, we were well aware of her accomplishments in journalism; however, we were even more impressed by the obstacles that she had overcome to reach her current level of success,” she said.

The experiences Kotb shared – from being rejected 27 times before she got hired at her first television station, to battling breast cancer in the public eye – offered nuggets of wisdom that appealed to everyone in the audience, from graduating seniors to community book clubs.

For senior Jana Fritz, Student Union’s Vice President for Communications who will become the Wake Forest Fellow in the Office of Personal and Career Development this summer, Kotb’s advice was particularly relevant for graduates.

“I felt as though her words were so applicable to Wake’s mantra of turning your passions into a career,” said Fritz, who snagged her own selfie with Kotb.

The event was sponsored by the Student Union and co-sponsored by the Women’s Center, the Office of Multicultural Affairs, WFU Thrive and the Resident Student Association.

Read coverage of Kotb’s talk from the Winston-Salem Journal.