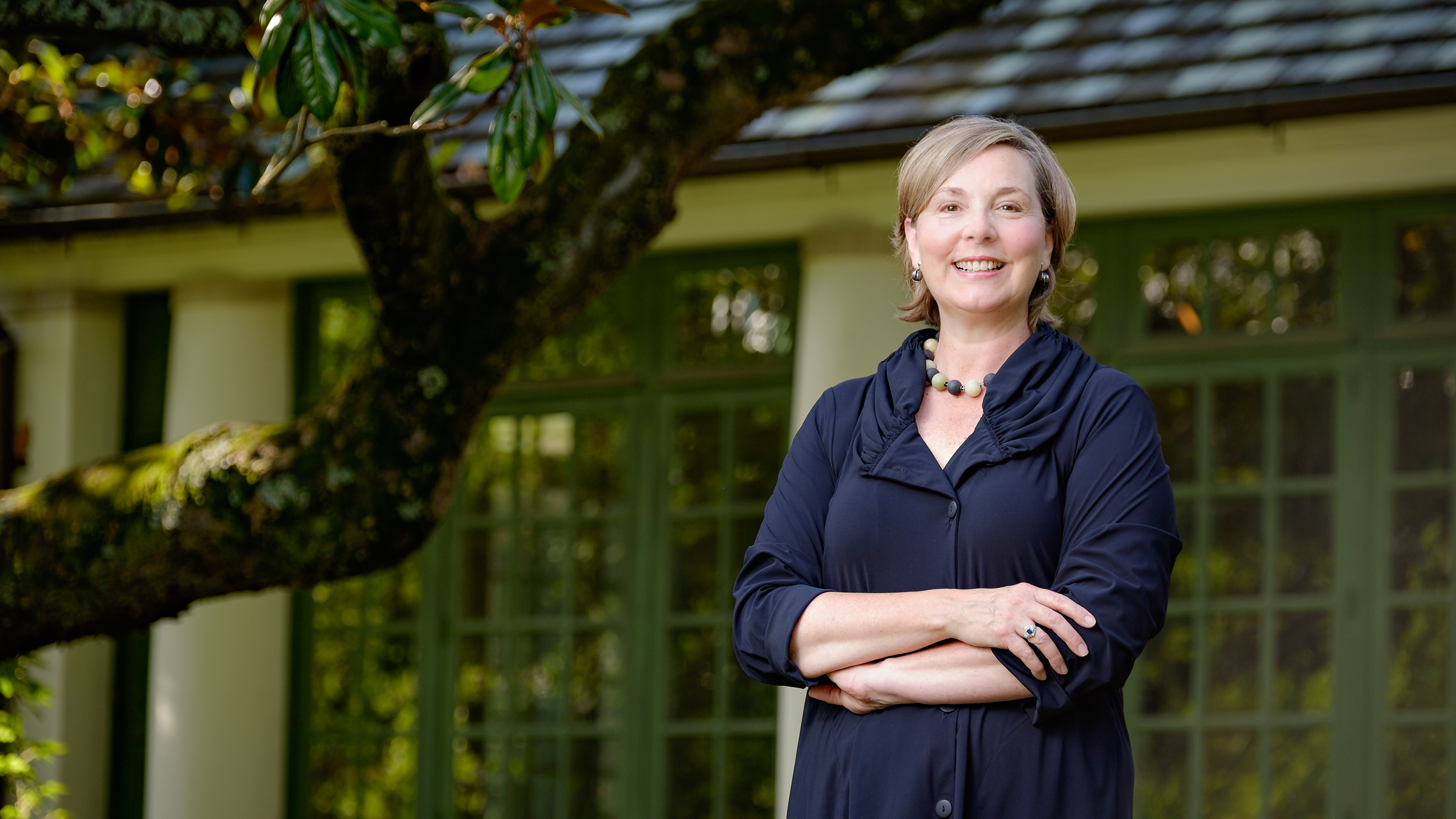 “Historic Reynolda is an important quadrant of our campus and part of what distinguishes this university from other campuses,” said Wake Forest President Nathan Hatch. “Allison is a vocal advocate for the property’s history and its future. It is a great advantage to have a leader with her experience in building and managing consensus among multiple entities and her skill in interpreting collections and historic sites now overseeing this part of our campus.”

Reynolda Gardens encompasses 129 acres of formal and informal gardens, greenhouses, trails, and natural areas on the original R.J. and Katharine Reynolds estate. Reynolda House, once the center of the estate, includes the 1917 bungalow, 2005 Babcock Wing, and 19 surrounding acres. University students and faculty regularly use the gardens and museum for leisure and academic research, in addition to thousands of visitors from North Carolina and beyond who explore the grounds and museum each year.

Reynolda House Museum of American Art and Reynolda Gardens are part of the 178-acre Reynolda Historic District, which was listed on the National Register of Historic Properties in 1980. In addition to the House and Gardens, the district includes Reynolda Village and a west side of the Village that includes Reynolda Presbyterian Church.

Reynolda House, which operates as a stand-alone non-profit arts organization, formally affiliated with Wake Forest University in 2002. The university has managed the gardens since the property was deeded to the university by the Babcocks, the second generation of the Reynolds family, between 1958 and 1962.

“The deeds for this gift captured the purpose and potential of this historic property beautifully,” said Perkins. “They acknowledged the growing need for land to be set aside and preserved as a haven for reflective outdoor leisure. Wake Forest University has upheld this vision for more than 50 years with a team of exceptional professionals running the gardens. I’m honored to be a steward of Reynolda House, and now to extend that stewardship to these beautiful gardens, trails, and landscape.”

Perkins will continue in her role as executive director of the museum as she takes on management of the gardens. In her nine years at Reynolda House, she has established a strong reputation for securing prestigious American art exhibitions, embarking on uncommon collaborations with community and business partners, and investing in ways to share the museum’s collections more widely by reaching new visitors online and on-site.

Perkins and Reynolda House staff led a collaborative examination of the Reynolda landscape in 2010 alongside colleagues from Reynolda Gardens and Wake Forest to document the historic Reynolda landscape and make recommendations on future use. The resulting cultural landscape report, conducted by The Jaeger Company from Athens, Ga. and available online at reynolda.org, is guiding a landscape restoration project underway on the museum’s 19 acres this summer and continuing into the spring of 2016. Perkins secured the funding to support the restoration project through a $1 million gift from the Reynolds American Foundation as part of the museum’s Reynolda at 100 campaign to support capital and endowment funding needs. Reynolda at 100 is part of Wake Will: The Campaign for Wake Forest, announced in 2013.

Perkins has also emphasized the landscape and gardens inside the museum. Under her leadership the museum has hosted two American art exhibitions that highlighted landscape as art: “Heroes of Horticulture” in 2009 and “A Genius for Place: American Landscapes of the Country Place Era” in 2013. This fall the museum opens an exhibition about the making of Reynolda Gardens called “Reynolda at 100: Reynolda Gardens” and is one of only five venues to host a major exhibition of American Impressionist garden paintings from the Pennsylvania Academy of the Fine Arts. “The Artist’s Garden: American Impressionism and the Garden Movement, 1887-1920” opens October 3, 2015. Wake Forest University is a major sponsor of the exhibition.

Perkins received her bachelor’s degree in art history from Lake Forest College and did graduate work in art history at the University of Chicago. She is a 2005 graduate of the internationally competitive Museum Leadership Institute, an executive training program for senior-level museum professionals at the Getty Center in Los Angeles. She is a former Art Museum Educator of the Year for the Western Region of the United States, a recipient of The Business Journal of the Triad’s Women in Business Award, and in 2012 was elected into the prestigious Association of Art Museum Directors.