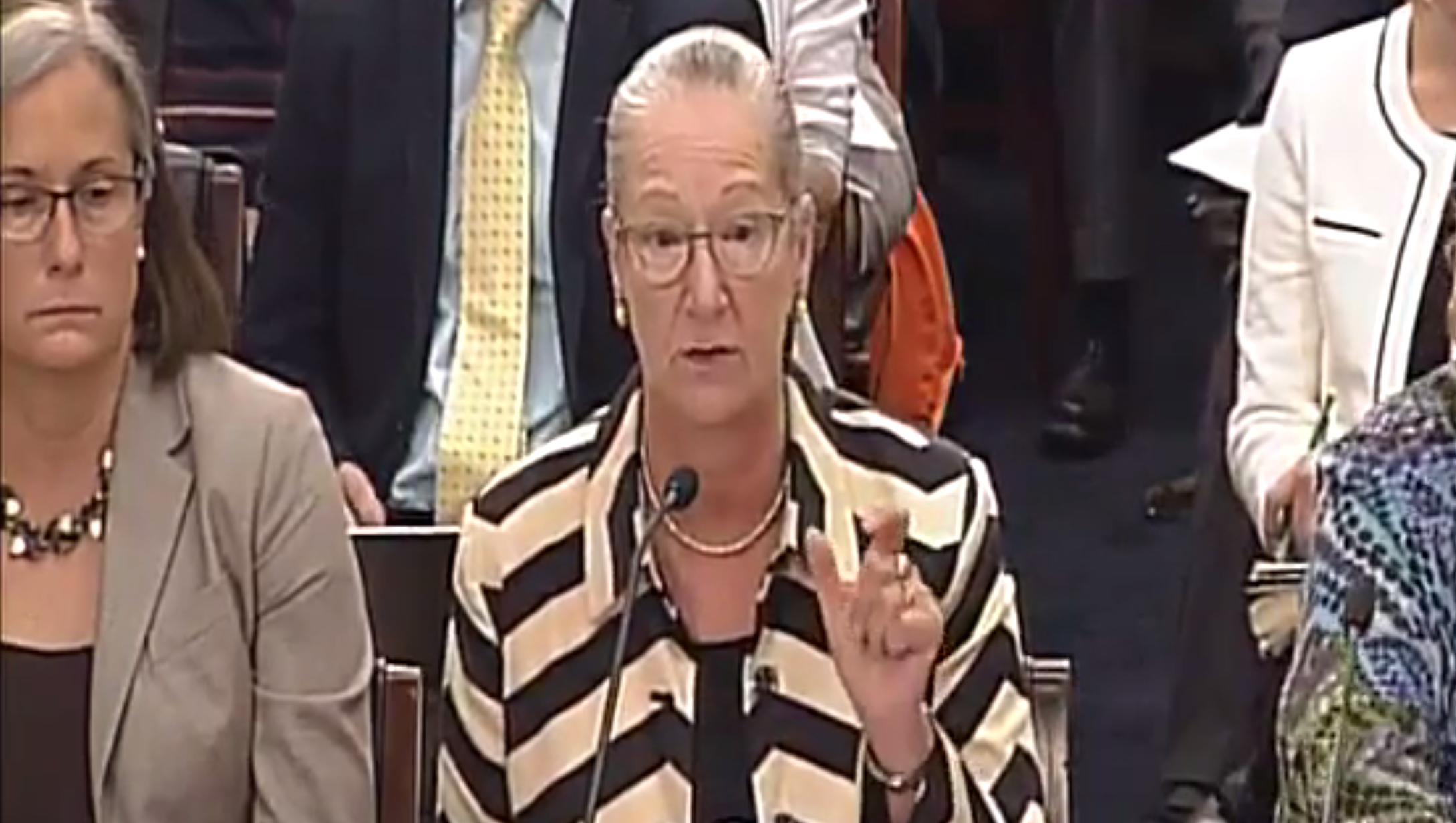 Wake Forest University has taken a leadership position in national efforts to prevent and respond to sexual assault on college campuses.

On Thursday, Vice President for Campus Life Penny Rue was one of four panelists who testified before the U.S. House of Representatives Subcommittee on Higher Education and the Workforce Training about “Preventing and Responding to Sexual Assault on College Campuses” (video). In addition to her role at Wake Forest, Rue serves as the Public Policy Division Chair of NASPA, the leading association for student affairs professionals.

Rue’s testimony identified areas of concern in the existing legislative and regulatory landscape and also shared examples of efforts to reduce incidents of sexual assault and other forms of gender-based violence on college campuses across the country.

“For student affairs professionals nationwide, effectively addressing sexual assault and gender-based violence has been a priority for decades because of our genuine care for the health, safety and well-being of our students,” Rue said.

Her written testimony pointed to a recent poll conducted by the Washington Post and the Kaiser Family Foundation to combat “the current media hype that colleges don’t get it.” According to the Washington Post, 25 percent of young women and seven percent of young men said they experienced unwanted sexual incidents in college, but overall students reported feeling confident in their schools’ handling of sexual assault reports and did not put sexual assault atop a list of possible concerns about their school.

Rue’s testimony underscored the need for additional prevention efforts nationwide, as well as confidential, institution-specific student conduct processes that are fair and equitable to all parties involved. She encouraged lawmakers to avoid one-size-fits-all policy solutions to educating, preventing and responding to sexual assault on college campuses.

Currently, colleges and universities in the United States must address compliance responsibilities under FERPA, the Clery Act, the Campus SaVE Act provisions of VAWA, regulatory guidance on Title IX from the Department of Education Office of Civil Rights, and recommendations from the White House Task Force on Sexual Assault, among others.

“Those of us who handle incidents of sexual violence on campus are professionals who share an overwhelming commitment to strike the delicate balance in today’s legislative and regulatory environment to preserve the educational rights of victims, to manage fair and equitable conduct systems, and above all to prevent sexual violence.”

Like many colleges and universities, Wake Forest employs a number of prevention efforts and is committed to developing new programming to help students, faculty and staff understand issues relating to sexual and gender-based violence, consent and bystander intervention. Examples include: