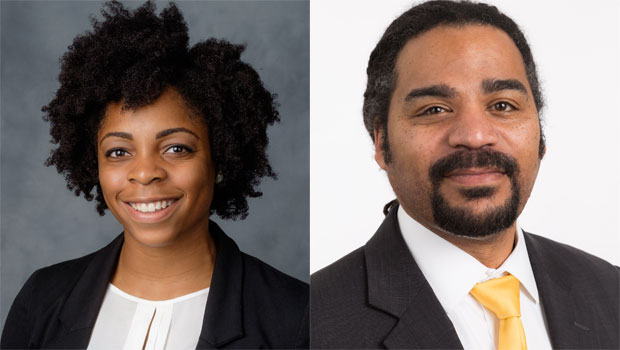 The award is presented to a professor or administrator and a student from both Wake Forest and Winston-Salem State University (WSSU) who exemplify King’s qualities and promote diversity within the community.

As a Wake Forest student, Chizoba Ukairo is dedicated to supporting social justice and is a leader in community engagement. She serves as an officer in student government and in the Black Student Alliance.

Among her many roles, Ukairo is founding director of BRANCHES, a social justice retreat for college students; a resident advisor; a President’s aide; an Intercultural Ambassador in the Office of Multicultural Affairs; and a research fellow with the Anna Julia Cooper Center, which advances justice through scholarship.

“Chizoba never wavers in her commitment to building a more educated, inclusive and dynamic community,” said Marianne Magjuka, director of democratic engagement in the University’s Pro Humanitate Insitute. “She’s dedicated to social change and leads with courage and integrity.”

Senior Aishwarya Nagar describes Ukairo as able to approach often difficult conversations with patience, devotion, depth of understanding, compassion and intelligence. “Her brand of activism has empowered countless students and allies, and has brought so many students closer together. She has empowered members of our community, especially students of color, to find power and value in their voices and opinions.”

As director of the Magnolia Scholars program, French is responsible for thinking strategically and creatively about the best ways to support first-generation college students at Wake Forest.

“It’s through Nate’s mentorship, authenticity and care that our first-generation college students feel empowered to emerge as campus leaders,” said Matt Williams, director of communication for the Office of Diversity and Inclusion. “Many students mention Nate’s support and the support of the Magnolia Scholars program as critical to their success at Wake Forest, and some even consider him a member of their extended family. It is Nate’s compassionate and motivating spirit that best characterizes Dr. Martin Luther King’s leadership.”

In addition to his service at Wake Forest, French supports community initiatives to help students in low-income areas. He is a leader at St. Paul United Methodist Church and serves through his fraternity, Alpha Phi Alpha.

“It is through Nate’s courage, commitment to building inclusive communities and his personal convictions to serve others that he is deserving of the ‘Building the Dream Award,’ Williams said.

In addition to co-sponsoring the awards presentation, Wake Forest and Winston-Salem State also co-sponsor and alternate hosting a keynote event featuring a well-known guest speaker. This year Ambassador Attallah Shabazz and Ilyasah Shabazz, daughters of civil rights icons Malcolm X and Betty Shabazz, joined Wake Forest’s Dean of the College Michele Gillespie in an exploration of the connection between King and Malcolm X in Wait Chapel.

In the program, “On Common Ground: The Future is Dependent on Us,” the daughters discussed myths surrounding the relationship between Malcolm X and Martin Luther King Jr. and their families, the responsibilities and challenges that come from their ongoing commitment to social justice, and the similarities and differences between Black Lives Matter and the Civil Rights Movement of the 60s.