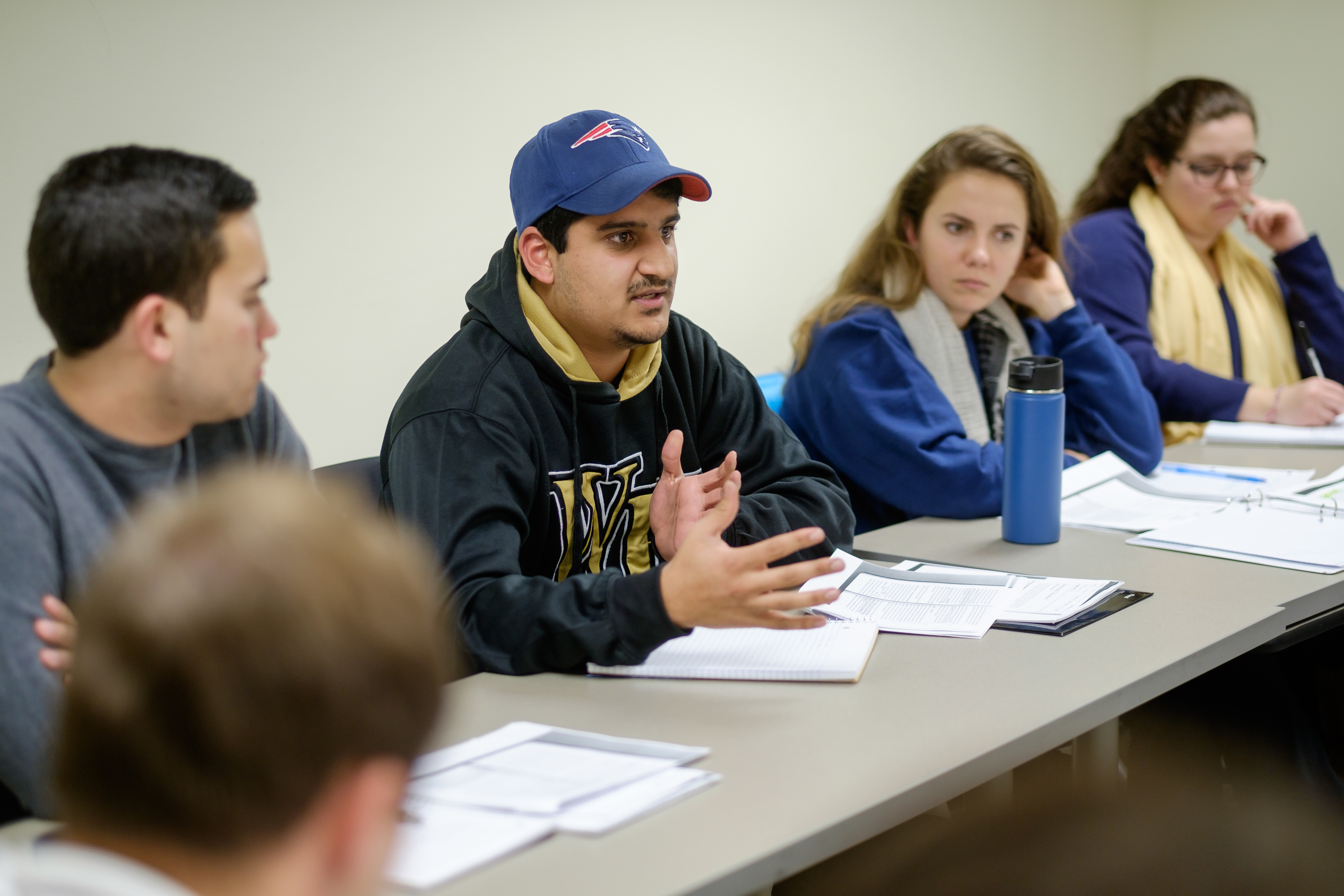 At a time when polarization drives many Americans away from politics and voter turnout among 18 to 29-year-olds hovers around 20 percent, a Wake Forest University study shows that learning to talk about controversial issues while in college can inspire young adults to be more engaged citizens even 10 years later.

Students who participated regularly in deliberative discussions of public issues were more engaged in political activities – from reading newspapers to working on behalf of favored candidates – and more tolerant of diverse viewpoints a decade after graduation compared to a control group, according to the study by four Wake Forest professors.

Twenty-two Wake Forest undergraduate students are participating in #WaketheVote, an intensive, yearlong civic learning and democratic engagement program combining classroom and real-world experience. The students are getting a first-hand look at American democracy.

“While many young people shy away from political engagement because they are turned off by the extreme partisan polarization, our findings suggest that learning how to talk to people with differing viewpoints while in college can be an effective long-term way to encourage greater involvement in the political process,” says Katy Harriger, professor of politics and international affairs at Wake Forest. She co-authored the study with professor emerita of communication Jill McMillan, psychology professor Christy Buchanan, and psychology graduate student Stephanie Gusler.

The participants were Wake Forest undergraduate students involved in the University’s “Democracy Fellows” program from 2001-2005. As Democracy Fellows, the students learned about and practiced deliberating public issues. The focus: increased understanding of diverse viewpoints rather than winning debates or obtaining unanimous agreement.

At the end of the four years, the Democracy Fellows displayed meaningful differences from the control group of students, especially in the number of political activities in which they were engaged and in their outlook on citizenship. The current study sought to determine if, a decade after college graduation, the differences between the two groups remained.

A decade after graduation, Hsu says the Democracy Fellows program taught her to “engage in conversations – often difficult ones – and be able to understand different perspectives and ‘agree to disagree.’”

She is now applying those lessons as a teacher: “I found myself recalling some of the principles of deliberative debate – that the classroom is a safe learning space where we have the opportunity to wrestle aloud with challenging ideas and where we stand on some difficult, sensitive issues. What struck me the most is when students stayed after class to speak with each other and learn where points were unresolved and where they could find common ground.”

Hsu is an assistant professor at Yale-NUS College in Singapore and the Yale School of Forestry and Environmental Studies.

They did. Compared to the control group, Democracy Fellows:

For faculty, the findings indicate that teaching students how to deliberate controversial issues while in college can be a key to increasing civic engagement among young adults. Deliberation is a high-impact method capable of revitalizing and sustaining civic engagement, and worth the relatively modest resources in training and implementation that it requires.

“It seems obvious in today’s social and political climate that we need more citizens and more leaders who are both able and willing to work across differences to address complex community and social problems,” said study co-author Christy Buchanan.  “Deliberation seems to help young adults develop skills as well as motivation to do so.”

In a presentation at the American Political Science Association, the authors wrote:  “It is important to note that all respondents in the study (graduates of the class of 2005) were equally educated young people. The difference is that the Democracy Fellows, regardless of major, had had four years of exposure to discussion of citizenship and deliberation and that experience appears to matter in the way they talk about and understand citizenship and its responsibilities 10 years later.”

The study will be published in collaboration with the Charles F. Kettering Foundation later this year.

For the study, the researchers located 20 out of the 30 original Democracy Fellows. They were interviewed and given a survey designed to measure their civic engagement. In addition, researchers measured two selected answers from their interviews to determine the degree of complex thinking about citizenship. The researchers compared the responses of the Democracy Fellows to a control group of 20 Wake Forest alumni who attended the University over the same four years and had the same majors and demographic characteristics, but who did not participate in the program.