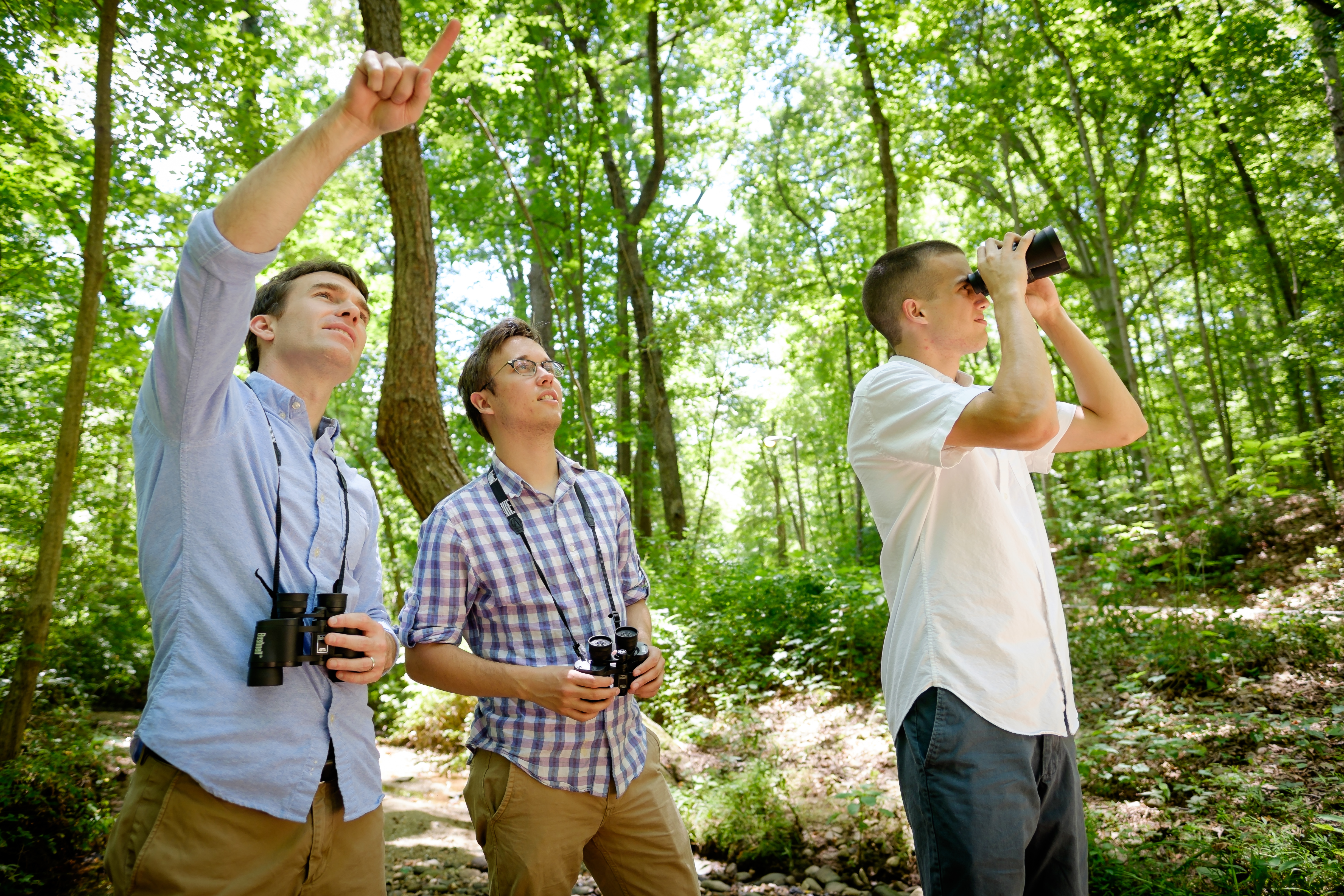 Animal behavior researchers at Wake Forest University have found that the highly territorial downy woodpecker interprets drumming intensity from adversaries to figure out who is or isn’t a threat.

Instead of a distinctive song, woodpeckers bang on trees with their bills to create a sound called drumming. The birds use it to communicate when they want to attract a mate or defend a territory. Wake Forest assistant professor of biology Matthew Fuxjager and his research team tested how woodpecker pairs perceived the drumming to see how it influenced territorial interaction and coordination of defensive behavior. Graduate student Eric Schupee and juniors Johnny Petersen and Ashton Caudle participated in the research.

“Partners will actually coordinate or cooperate with how they fight depending on who they are fighting. They size up their opponent and decide whether they need to work together,” Fuxjager said. “In short, it means an intruder woodpecker with a short drum is perceived as wimpier, while a long drum signifies a tough guy intruder.”

The team conducted behavioral experiments by recording drumming sounds from males and then playing them back, manipulating them to territory holders, to see what kind of behavioral response that would elicit, said Fuxjager, who studies physiological and behavioral mechanisms of social biology, particularly in bird species. The research was conducted in the woods on the Wake Forest campus and in the surrounding Winston-Salem community.

“When you walk through the woods and you hear a woodpecker, most people think they are looking for food, but that’s actually a social signal they use.”

What they found is that if you present a breeding pair of woodpeckers with a longer drum from a more aggressive intruder, the pair begins to coordinate their territorial defense behavior and coordinate how they attack the intruder; whereas, a shorter drum from a weaker intruder meant that the resident pair didn’t bother to coordinate a response.

Overall, Fuxjager said these findings, recently published in the journal Behavioral Ecology and Sociobiology, provide insight into aggressive behavior in birds in general and how individuals coordinate behavior to accomplish shared goals or tasks.