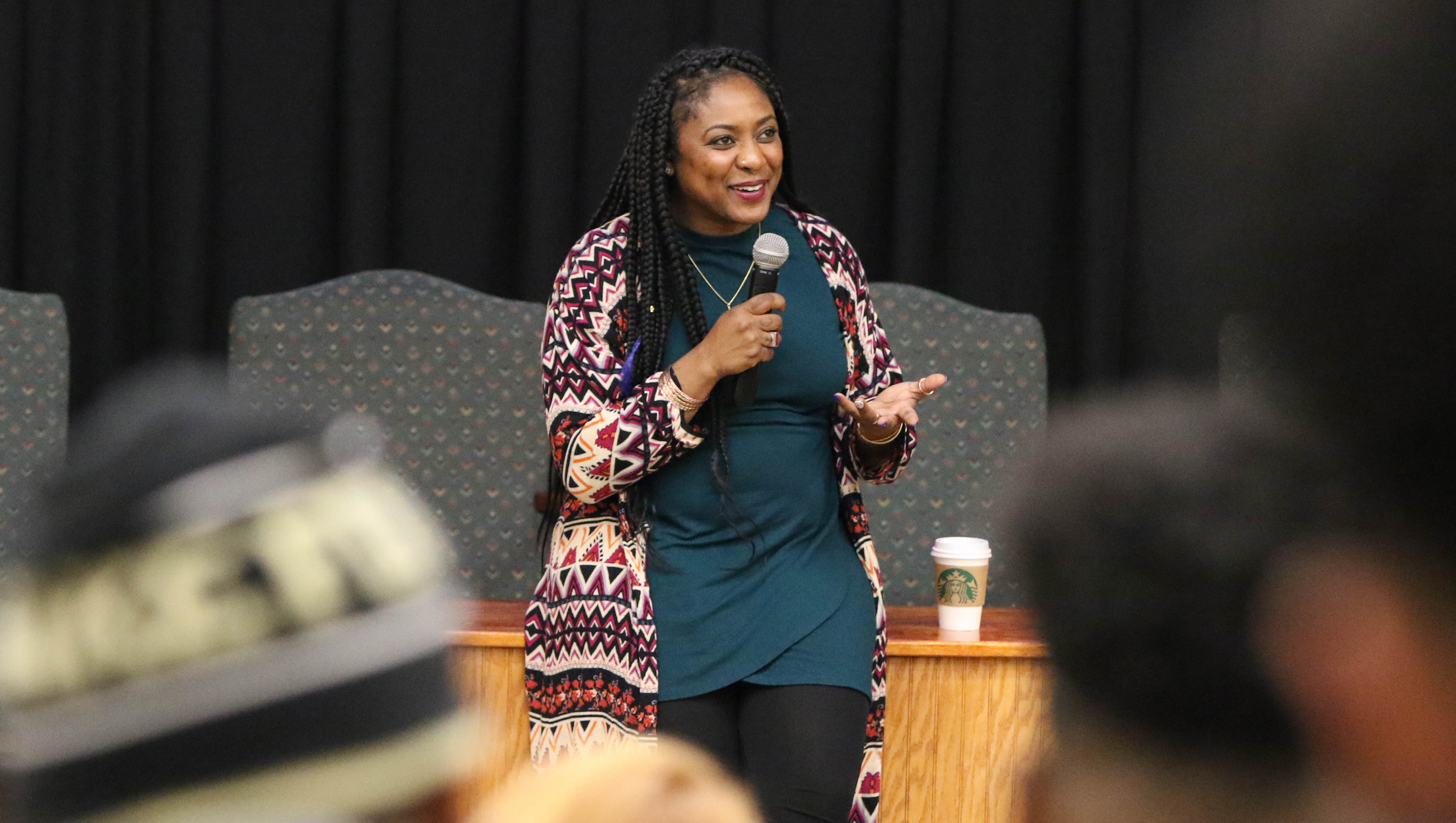 “Organizing is fundamentally about two things: building relationships and deep listening,” said Alicia Garza, co-founder of the Black Lives Matter movement, to a group of 35 students enrolled in the Vincent Harding Seminar on Nonviolent Social Change at Wake Forest.

As part of a weeklong visit to Wake Forest beginning March 1, Garza led the three-evening seminar covering the origins and success of the #BlackLivesMatter movement and strategies for building sustainable social movements.

“This will directly impact my social justice activism, encouraging me to not practice single- issue activism in the face of a multi-issue reality,” said senior Bennett Heine, an anthropology major who enrolled in the seminar primarily because of his work as a student organizer focused on wrongful convictions and the criminal justice system. “Through that work, I’ve come to realize how difficult organizing is, and how much thought and effort one must put into it in order to construct an effective campaign. Organizing isn’t a casual occurrence; it’s intentional and complicated. This seminar represents a unique opportunity to learn from a very successful organizer.”

Deb Marke, a senior who does a lot of work with Wake Forest’s Women’s Center and TrailBlaze, a student-group focused on combating sexual assault on campus, said the seminar explored the challenges of addressing complicated social issues. “If we want to create change it should be as inclusive and intersectional as possible, but what does that look like, how do you advocate for a marginalized group without speaking for them?”

Conversation and reflection about intersectional movements were the main goals of the seminar, said Marianne Magjuka, Director of Democratic and Social Justice Programs for the University’s Pro Humanitate Institute and one of the organizers for the event. “Students left the seminar with more questions, and we hope that they will continue to grapple with those questions both on campus and in the community.”

Garza also guest lectured in classes, including a religion class on Religion and Public Engagement and communication classes: Race, Gender and Media and the Rhetoric of Social Activism. She met with student groups and campus administrators and spoke at a community forum coordinated with the Winston-Salem Urban League.

“My academic work is what got me engaged with social justice and fighting against racism, patriarchy and other systems of power,” said Hannah Dobie, a senior politics and international studies major who is also studying in the Religion and Public Engagement program. “I am so grateful to learn from someone who took from her personal experiences and what she learned in the classroom to create an entire movement and an entire community.”

In September, Garza visited Wake Forest to participate in “The Flag: Navigating Southern Identity, Race and Symbolism,” a panel discussion about the Confederate Flag. She is Special Projects Director of the National Domestic Workers Alliance, the leading voice for dignity and fairness for millions of domestic workers in the United States. In 2013, she co-founded #BlackLivesMatter, an international organizing network focused on combating anti-Black racism in all of its forms.