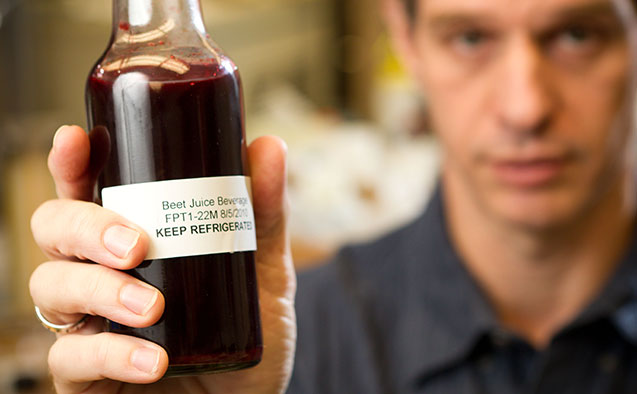 Research shows Olympic athletes can enhance performance and gain a competitive edge without the threat of a doping scandal by consuming beet juice.

Daniel Kim-Shapiro, director of the Translational Science Center and a professor of physics at Wake Forest University in Winston-Salem, N.C., has conducted groundbreaking research about the health properties of beetroot juice for more than 10 years. He can discuss how the human body converts the chemical nitrite found in beets into nitric oxide to regulate blood flow, fueling athletes for peak performance.

“Several studies have shown that dietary nitrate from beetroot juice improves exercise performance and/or exercise efficiency,” Kim-Shapiro said. “According to a few sources, athletes in the last summer Olympics tried to take advantage of this and were drinking beetroot juice.”

Kim-Shapiro’s research has been covered by many notable medical and health websites including WebMD as well as NPR. He is available for interviews July 21 and 22 and then will have limited phone and email availability through Aug. 8 but after that date could also be available for television studio interviews

Disclosure: Kim-Shapiro holds a patent related to the use of nitrite in cardiovascular conditions and has an interest in Beverage Operations LLC, a Florida-based producer of a beetroot juice beverage, Unbeetable.

Kim-Shapiro is an expert on nitric oxide, a signaling molecule that is important in maintaining adequate blood flow.