Former Olympian, professional football player, and activist John Carlos will join The Nation’s sports editor Dave Zirin and Wake Forest University professor Melissa Harris-Perry for a conversation about the politics of sports, race and gender at the Olympics, and athlete activism as a tool for social change. The event, “Power, Protest, and Patriotism: A Conversation on Race & Gender at the Olympics,” will be held on Friday, Oct. 14, at 7 p.m. at the Wake the Vote Election Hub, located at 2599 Reynolda Rd.

The event is free and open to the public, but tickets are required. Tickets can be reserved at ajccenter.eventbrite.com.

From protests in Rio de Janeiro before the Olympics, to discussions of race, gender, and privilege that emerged during the games, to NFL quarterback Colin Kaepernick’s decision to sit during the national anthem at a football game, current events have propelled questions about the connections between athletics, activism, race, and gender into public discussion. This event will address these questions from multiple vantage points.

The event is hosted by the Anna Julia Cooper Center, an interdisciplinary center at Wake Forest University that supports, generates and communicates innovative research at the intersections of gender, race and place in order to ask new questions, reframe critical issues, and pursue equitable outcomes. Harris-Perry is founding director of The Center and Maya Angelou Presidential Chair at Wake Forest. 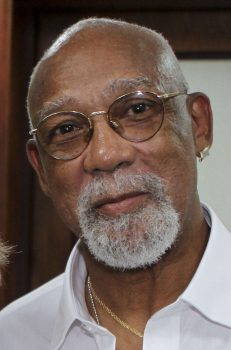 Carlos is a renowned track and field Olympian and professional football player known for his black power salute on the podium at the 1968 Olympic ceremony in Mexico City alongside Tommie Smith in protest of continual racial discrimination of African Americans in sports. In response to this action, Carlos and Smith were banned from the U.S. team and ordered to leave Olympic Village. Their families received death threats. The silver medalist for that event, a white man who also wore a human rights badge to the ceremony, did not experience the same public harassment following the act of protest.

Zirin is sports editor for The Nation and the author of “Brazil’s Dance with the Devil: The World Cup, the Olympics, and the Fight for Democracy.” Zirin and Carlos co-wrote “The John Carlos Story: The Sports Moment That Changed the World.” Zirin’s writing consistently complements current sports news with historical context and political analysis. 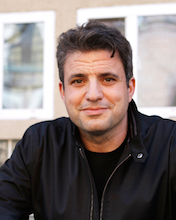 “Today our country is debating questions about how and when athletes should use the terrain of sport to engage in political protest,” said Harris-Perry.  “From the football team at the University of Missouri to Colin Kaepernick in San Francisco, this is among the central questions of our day. Who better to help our campus engage these meaningful issues than Dr. John Carlos whose historic Olympic medal stand in Mexico City in 1968 continues to inspire and provoke us today.  And, there is no one better able to reflect along with Dr. Carlos than writer, thinker, and unapologetic troublemaker Dave Zirin. Dave is an uncompromising public voice demanding accountability, transparency, fairness, and level playing fields in sports, politics, and global affairs. We are honored to welcome them both to Wake Forest University.”