Wake Forest University will name a new residence hall after poet, actress, author and civil rights activist Maya Angelou. Angelou taught generations of Wake Forest students as Reynolds Professor of American Studies at the University from 1982 until her death in 2014.

Maya Angelou Hall is a stately 76,110-square-foot, five-story building designed to house 224 first-year students on the south side of campus. The residence hall will be completed by the end of this year and open in January 2017. 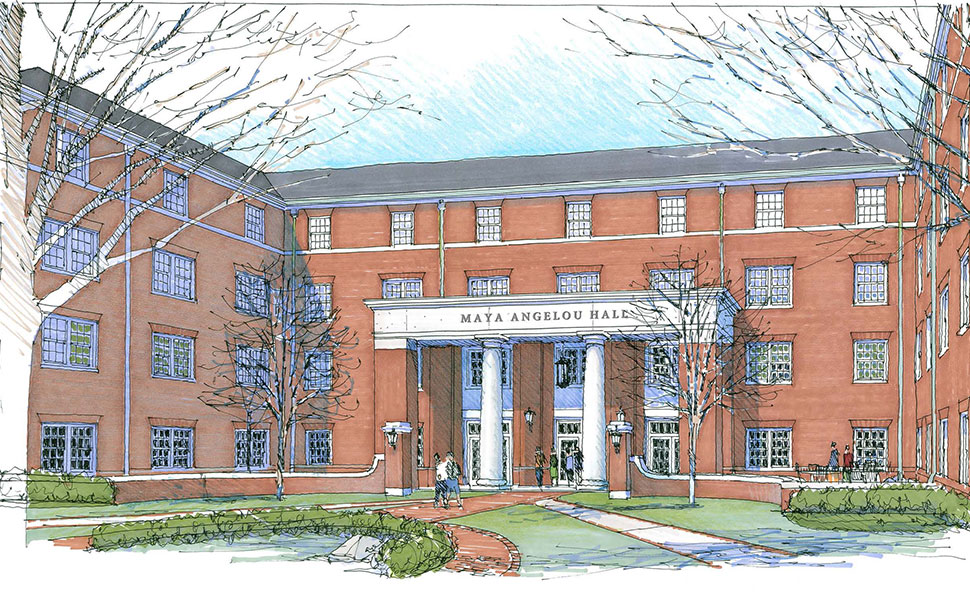 Rendering provided by the Architectural Firm, Hanbury of Norfolk, Va.

As with other first-year residence halls, the building will include a classroom that provides space for faculty to bring intellectual vibrancy to the residence halls.

“We are pleased to honor Maya Angelou — a towering figure at Wake Forest and in American culture — with a space that will introduce new students to the residential and academic life of the University. ” Nathan O. Hatch, Wake Forest president

Perhaps best known for her 1969 book, “I Know Why the Caged Bird Sings,” Angelou first came to Wake Forest in 1973 for a speaking engagement and joined the faculty nine years later. Wake Forest awarded Angelou an honorary degree in 1977.

Over the years, she taught a variety of humanities courses, including “World Poetry in Dramatic Performance,” “Race, Politics and Literature,” “African Culture and Impact on U.S.,” “Race in the Southern Experience” and “Shakespeare and the Human Condition.” 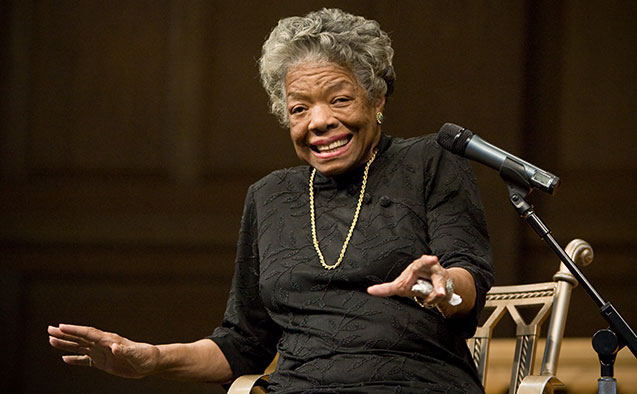 More details about Maya Angelou’s teaching career and legacy at Wake Forest can be found on her remembrance website.

In a 2008 USA Today interview, Angelou talked about teaching: “I’m not a writer who teaches. I’m a teacher who writes. But I had to work at Wake Forest to know that.”

Barbee Oakes, chief diversity officer at Wake Forest and a close friend of Angelou’s, said this recognition will be a tangible reminder of Angelou’s important legacy. “Dr. Angelou opened her home to people from every nation.  How fitting to name a residence hall after someone who embodied the courage to bridge divides and foster an appreciation for our shared humanity.”

In 2002, Wake Forest School of Medicine created The Maya Angelou Center for Health Equity to study racial and ethnic disparities in health care and health outcomes. Melissa Harris-Perry, a professor of politics and international affairs and executive director of the Pro Humanitate Institute, holds the Maya Angelou Presidential Chair at Wake Forest.

The University’s Z. Smith Reynolds Library houses a collection of Angelou’s movie scripts, drafts of plays, and other materials related to her work in film, television and theater. 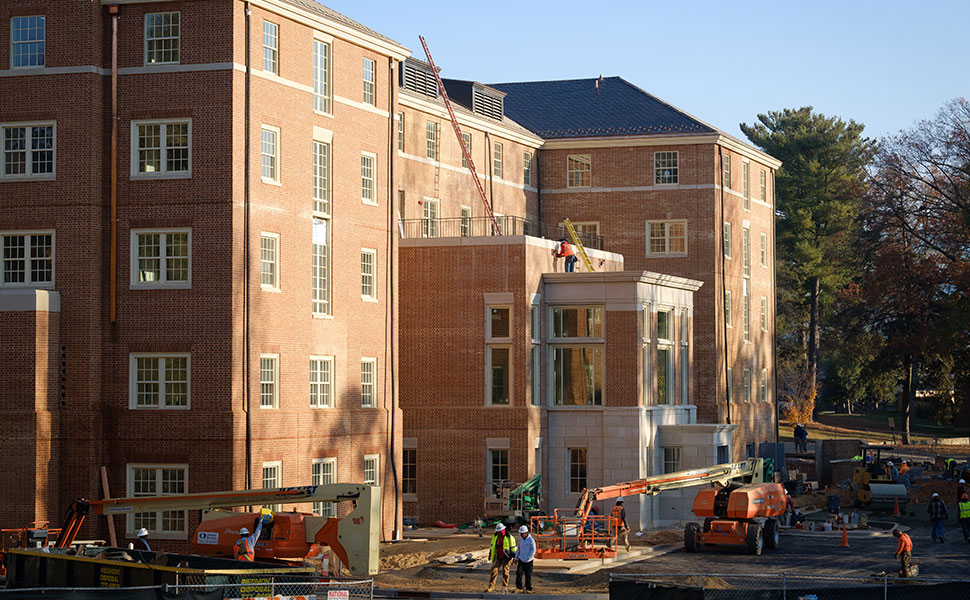 Construction is scheduled for completion in December on Maya Angelou Hall, a 76,110-square-foot, five-story building.

The new residence hall will also house the Office of Residence Life & Housing. Upperclass students, many of whom have been studying abroad during the fall semester, will live in the residence hall during the spring semester 2017.  Then, in the fall of 2017, first-year students will begin living there.

Plans for a dedication ceremony are underway, but have not been finalized.

Maya Angelou Hall will be the first building named for an African American and the second residence hall to bear the name of a female professor. Johnson residence hall is named for Lois Johnson, who served as dean of women and taught French at Wake Forest.