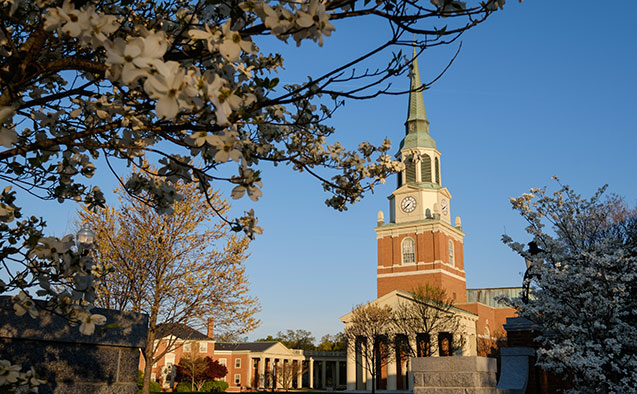 Wake Forest University has been named to The Princeton Review’s 2017 edition of “Colleges That Pay You Back: The 200 Schools That Give You the Best Bang for Your Tuition Buck” (Penguin Random House / Princeton Review Books).

The Princeton Review chose the schools based on return on investment ratings it tallied for 650 schools last year. The ratings covered everything from academics, cost and financial aid to graduation rates and alumni salaries and job satisfaction. The Princeton Review editors culled data from the company’s surveys of administrators and students in 2015-16 and from PayScale.com’s surveys of school alumni conducted through April 2016.

According to the book’s editors, the University’s Office of Personal and Career Development (OPCD) is described as one of the best in the nation. “Whether it’s résumé reviews, career counseling, intern searches or job application help, the OPCD provides all students with unprecedented career support.”

The Princeton Review does not rank the colleges in the book overall but instead names 1-to-200 on a single list.