A Galápagos seabird’s population expected to shrink with ocean warming 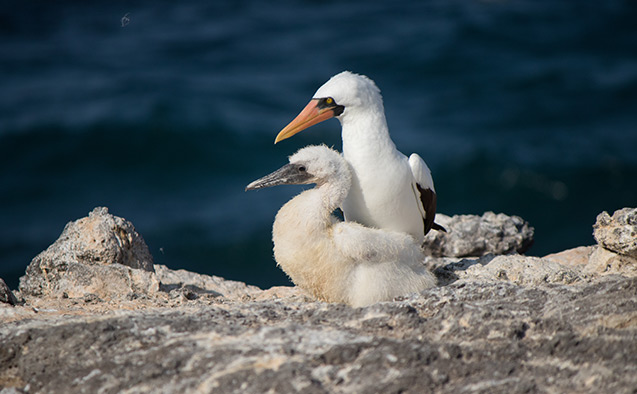 Within the next century, rising ocean temperatures around the Galápagos Islands are expected to make the water too warm for a key prey species, sardines, to tolerate. A new study by Wake Forest University biologists, published in PLOS One Aug. 23, uses decades of data on the diet and breeding of a tropical seabird, the Nazca booby, to understand how the future absence of sardines may affect the booby population.

Researchers have studied diet, breeding and survival of Nazca boobies as part of a long-term study at Isla Española in the Galápagos Islands for more than 30 years. In 1997, midway through the study, sardines disappeared from Nazca booby diet samples and were replaced by the less-nutritious flying fish. 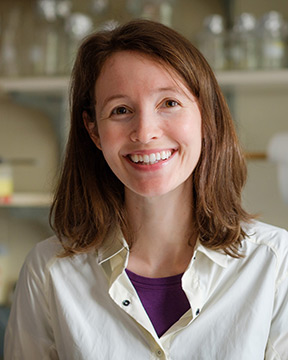 As flying fish replaced sardines in the birds’ diet, “reproductive success was halved,” said Emily Tompkins, a Ph.D. student at Wake Forest and lead author of the study. “If the current links between diet and reproduction persist in the future, and rising ocean temperatures exclude sardines from the Galápagos, we forecast the Nazca booby population will decline,” Tompkins said.

David Anderson, Wake Forest professor of biology and co-author of the study, said: “Few connections have been made between ocean warming and population effects in the tropics, making this study significant.”

The study increases understanding of one species’ response to climate change in tropical oceans, but also suggests that other Galapagos predators that do well when sardines are available must adjust to a new menu within the next 100 years.