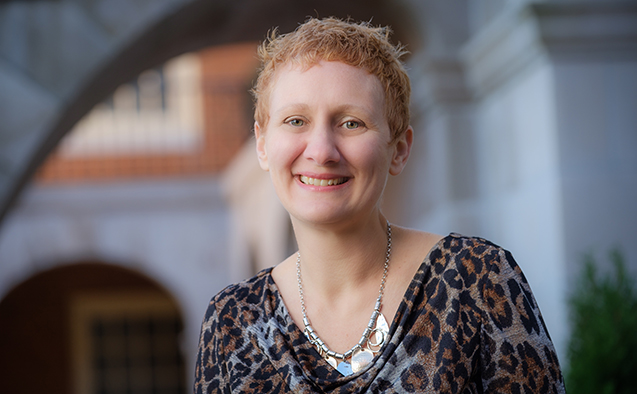 Wake Forest’s LGBTQ Center Director receives In Good Company Award
The North Star LGBTQ Center in Winston-Salem presented the In Good Company Award to Angela Mazaris on Nov. 9 at the organization’s annual event that honors LGBTQ-friendly organizations, their employees, local volunteers and activists. Mazaris is the founding director of the University’s LGBTQ Center. Intended to recognize leaders in creating inclusive and welcoming spaces, the award honored Mazaris for her leadership of the University’s LGBTQ Center. Mazaris is also a member of the faculty in the Department of Women’s, Gender and Sexuality Studies.

WFU professor receives 2017 Excellence in Teaching Award
The Society for Classical Studies has selected Mary Pendergraft, professor of classical languages, as a recipient of one of its 2017 awards for Excellence in Teaching at the Collegiate Level. Pendergraft, chair of the classical languages department, “has tirelessly and masterfully taught, advised and mentored countless students,” according to the award citation. At Wake Forest, she has been the advisor for the University’s Eta Sigma Phi chapter for more than two decades and has encouraged many students who have attended and presented at the organization’s annual national conference.