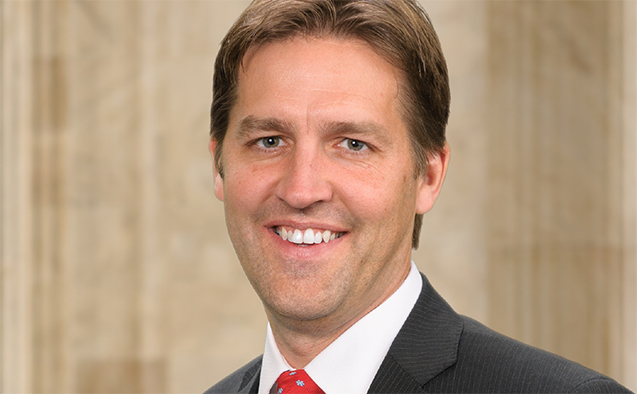 This event is free and open to the public.

Sasse was elected to the U.S. Senate in 2014, having campaigned on a platform of restoring the Constitution and making the American Dream achievable for every family. Since taking office, he has advocated for Congressional term limits, a leaner federal government and less partisan politics. A frequent critic of both political parties, Sasse has argued that few in American politics are serious about the implications of our age of economic disruption or the policy debates that should drive our national agenda in the coming decades.

Prior to coming to Washington, the fifth-generation Nebraskan worked as a consultant in the private sector and spent five years as a college president at Midland University. At 37 years old, he was one of the youngest college presidents in the nation and oversaw a turnaround of the Lutheran college.

“Senator Ben Sasse’s interest in the best ways to develop self-reliance and virtue in the next generation is timely and important, and I look forward to welcoming him to Wake Forest University as we continue our year of Rethinking Community,” said President Nathan O. Hatch.

Visitors to Wake Forest may park in Lot N, located between Poteat and Kitchin Residence Halls.