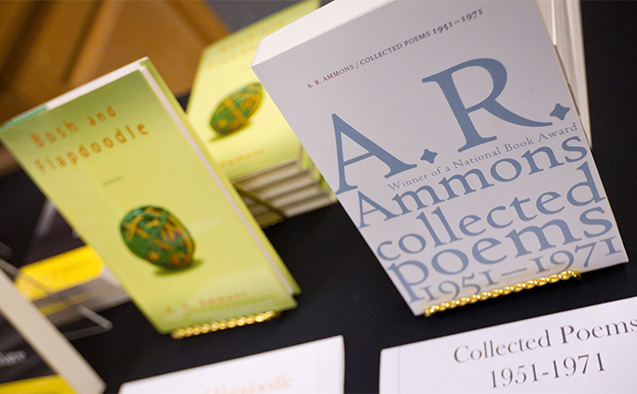 To celebrate Wake Forest writers and writing, the University will host “About Ammons” and “Words Awake” on campus Dec. 7-8. The events are free and open to the public.

On Friday, Dec. 7, Wake Forest will present “About Ammons” to honor the legacy of poet and Wake Forest graduate A.R. Ammons at Porter Byrum Welcome Center from 6 – 7:45 p.m. Robert M. West, editor of the “The Complete Poems of A.R. Ammons,” will discuss Ammons’s poetry. The program, emceed by poet and biographer Emily Herring Wilson, will also feature readings by Wake Forest faculty and alumni of their favorite Ammons poems, as well as music by composer Ken Frazelle based on Ammons’s poetry. Ammons died in 2001.

On Saturday, Dec. 8, four writers will be inducted into the Wake Forest Writers Hall of Fame and will discuss their writing careers at “WordsAwake”:

Hunt will deliver the keynote address at the 2018 Hall of Fame induction ceremony and banquet beginning at noon.

For more information or to register for the banquet, email philloto@nullwfu.edu.