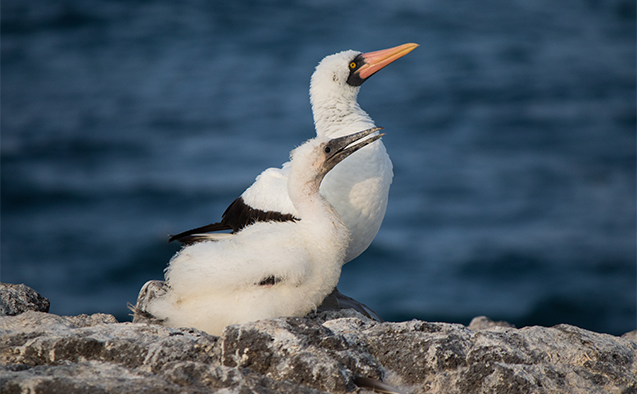 The male Nazca booby, a large seabird of the Galápagos Islands, often outlives the domineering female of the species, according to new research from Wake Forest University published today in the Journal of Animal Ecology. Why? It’s a story of rotating sex partners, the cost of being a parent and how the body falls apart in old age. 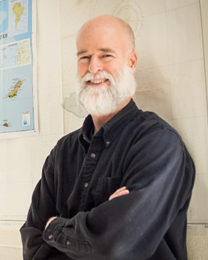 In the annual quest for the best breeding mate, the older female Nazca booby’s choice to pair with a younger mate may contribute to lifespan differences within the species, said Emily Tompkins, the lead researcher who co-authored “Sex-specific patterns of senescence in Nazca boobies linked to mating system” with biology professor David J. Anderson.

The study is the latest in decades-long research by Anderson, who studies several seabird species. He and his students have been banding Nazca boobies born on Española Island, a roughly 37-square-mile Galápagos Island outpost, for more than 30 years. 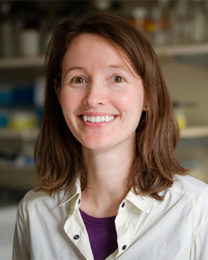 The females, which are about 16 percent larger than the males, control mating and decide when it’s time to “divorce” a current partner for one with a better chance at successful breeding. An excess of adult males in the Nazca booby population has led to this practice of “serial monogamy.” When the males enter their late teens, their chance of breeding plummets, while females continue to breed nearly every year. So, the older females of the species often choose a younger mate each breeding season. And that seems to have led to a shorter lifespan for females, Tompkins said.

“Reproducing can reduce adult survival in the following year, so the higher breeding participation by females across the lifespan, and especially in old age, probably contributes to shorter lives,” she said.

Nazca boobies can live into their late 20s, making them an excellent species for studying decline in old age. 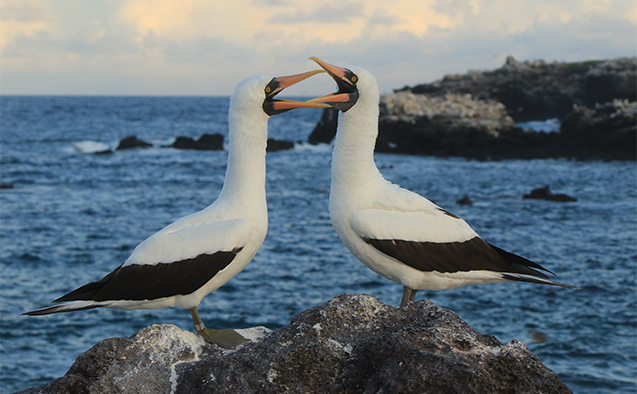 Nazca boobies at the Punta Cevallos colony in the Galápagos Islands.

“If you’re interested in aging patterns in human systems, we have few opportunities to collect comparative data from other species,” Anderson said. “This banded, known-age, population followed since infancy can help us understand what factors lead some individuals to age well and others to age poorly.”

Only the long-term nature of the Galápagos study has allowed the Nazca booby to fulfill that comparative role. The potentially long lifespan of Nazca boobies means that Anderson has waited decades to observe breeding behavior and reproductive success in old birds.

Several other factors might contribute to the female Nazca booby’s short lifespan, the researchers found:

But, Tompkins explained, we’re just beginning to understand the differences in aging among Nazca boobies.

“Some of this variation is explained by sex, environment, and other properties of individuals,” she said. “We’re so fortunate to have decades of data on hand to address this topic.”