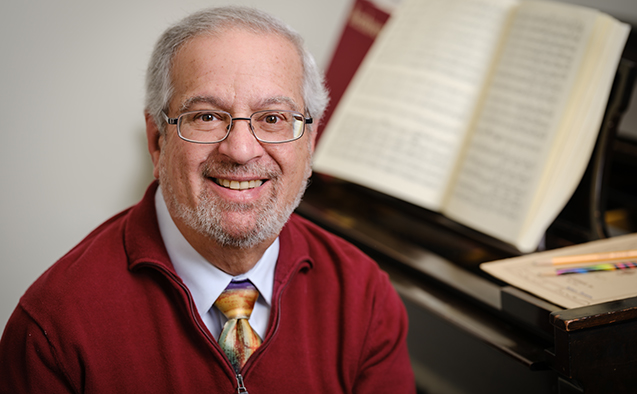 This year, the world has begun celebrating the 250th anniversary of the birth of Ludwig van Beethoven (1770-1827), the creative genius whose music has continued to inspire and enrich lives for more than two centuries.

Wake Forest University Professor of Music David Levy, author of “Beethoven: The Ninth Symphony,” has been engaged in Beethoven scholarship throughout his 44-year academic career.

“As we consider the events of the early 21st century, we have witnessed tremendous advances in technology and global communication. At the same time we have also witnessed a fear-infused rise in political and national tribalism that has engendered calls for “Brexit” and building walls that separate us from each other,” Levy said. “This trend is light years removed from the universal embrace of brotherhood and joy embodied in Beethoven’s setting of Friedrich Schiller’s “Ode to Joy” in the finale of his Ninth Symphony. What has gone wrong? How can we recover the Enlightenment ideals enshrined in the American Declaration of Independence and United States Constitution? Beethoven’s music connects us with everything that makes us human. We ought, 250 years after his birth, to rediscover Beethoven’s music so that it can touch us in the spirit in which it was conceived.”

Levy will be presenting at numerous national and international events and conferences being held in celebration of Beethoven’s birthday, including:

His forthcoming book, “Beethoven: The Nine Symphonies,” will be published by Yale University Press in 2020 or early 2021.

Levy is available for phone, email and broadcast interviews.