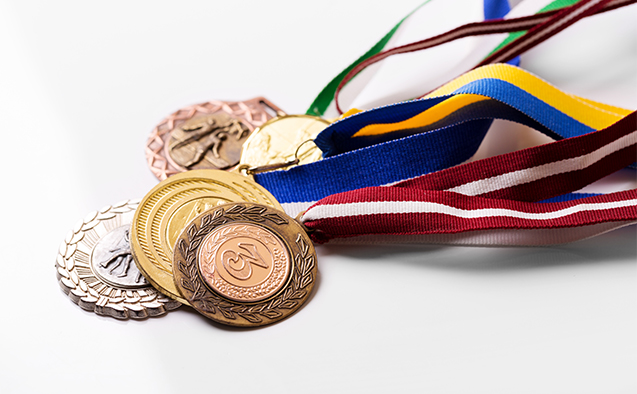 The Science Olympiad tournament is not a science fair, instead, it can be described as a science track meet. Students compete for the gold by demonstrating problem-solving skills and their knowledge of science, technology, math, and engineering.

Events like Science Olympiad encourage students to pursue science by engaging with the subject in a fun and interesting way.

Carole Gibson, one of the Science Olympiad regional directors and a Wake Forest biology professor, said hosting the event on campus allows visiting students to perform experiments in university laboratories and to get a view of college science classrooms. It also makes it easy for Wake Forest students to volunteer and help lead events. More than 100 volunteers help with the tournament.

“The joy of the tournament is the pleasure of awarding trophies to kids for doing science,” Gibson said.

Teams with up to 15 students each from Alleghany, Davidson, Davie, Forsyth, Stokes, Surry, Wilkes and Yadkin counties will compete in 46 different science-related events.

The day culminates with award ceremonies at 4 p.m. in Annenberg Forum in Carswell Hall and Pugh Auditorium in Benson University Center for the middle and high school teams, respectively. Individual and team trophies will be awarded.