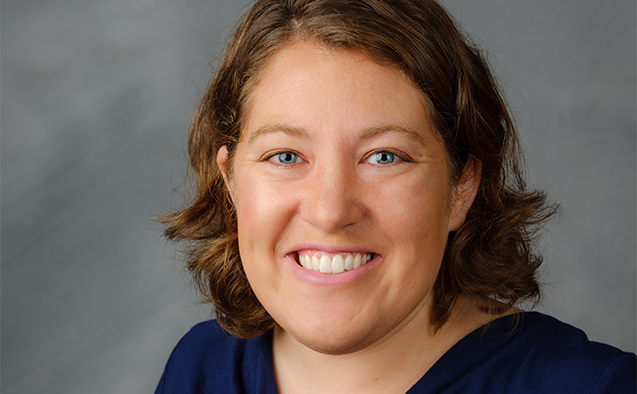 The benefits of a brief “social belonging” exercise completed by black students in their first year of college followed them into adulthood, with participants reporting greater career satisfaction, well-being and community involvement almost a decade later.

The long-term results of that social-belonging intervention, published in the journal Science Advances, show how important it is for colleges to help students from marginalized groups to understand that worries about belonging and experiences of social adversity are common in the transition to college, regardless of one’s background, said Wake Forest psychologist and study author Shannon Brady.

“Belonging is a fundamental human need. Constantly feeling unsure of whether you belong can undermine your ability to perform up to your potential.” Shannon Brady, assistant professor of psychology

“The question of social belonging can consume more time and mental bandwidth for people who face negative stereotypes or discrimination because of their race,” Brady said.

“Students from racially minoritized backgrounds enter college aware that their group is underrepresented in higher education and that how people treat them can be shaped by negative stereotypes and discrimination. This reasonably leads students to worry about whether they belong—worries that can be exacerbated when they experience social adversities, like a bad grade on a test or getting left out of a social outing.”

The research team also included Drs. Geoffrey Cohen and Gregory Walton of Stanford University, who devised the social-belonging intervention; and Shoshana Jarvis of the University of California, Berkeley.

During their first year of college, black and white students were invited to participate in a one-hour, in-person intensive exercise during which they heard stories from students of various backgrounds about the difficulties they experienced in their own transition to college. The goal was to help students understand that everyday social difficulties like getting a bad grade are common and often lessen over time, especially when you reach out to professors and friends for support. The study was a randomized experiment so students completed either the social-belonging intervention version of the exercise or a control exercise, also about the transition to college, but lacking the psychological message.

Past research by Walton and Cohen had shown that black students who participated in the social-belonging intervention were more likely to email professors and consult them during office hours. At the end of college, they had better grades and were happier and healthier than the students in the control group. There was no benefit of the intervention for white students.

The researchers for the current study wondered if the benefits for black participants might persist even after they left college. So they followed up with them 7-11 years later.

“This intervention understands and addresses the nature of worries about social belonging among students in an underrepresented group,” said Brady. “Those worries could affect not only college experience but also life beyond college.”

In Brady’s study, conducted when participants were 27 years old on average, black participants who had completed the social-belonging intervention treatment in college reported:

Despite its positive effects, students generally didn’t remember the intervention from college or didn’t attribute much of their success to it. Brady says this is appropriate. Although the intervention served as a catalyst for better life outcomes, participants themselves are the ones who took the needed actions to reach out and cultivate mentor relationships. They are the ones contributing to their jobs and volunteering in their community.

The career and well-being gains were concentrated among black participants who reported developing mentor relationships in college, an outcome that the intervention increased. Brady, a project researcher with the College Transition Collaborative, suggested that a takeaway from this study for colleges is to examine whether their campus environment fosters mentor relationships and does so equally for students from different backgrounds. Colleges might find that they need to clear away structural barriers for students to find mentors, such as prioritizing and making sure faculty have enough time to connect with students and identifying people in the residence halls, religious life and academic departments who can connect with students. But it may also mean that colleges need to understand what psychological barriers hold students back from accessing the resources that exist.

“Our research shows that the intervention is not merely about the transfer of information,” she said.

“It’s about clearing a psychological hurdle so that students feel comfortable building relationships with professors and other mentors.” Shannon Brady

The research was supported by grants from the Robert Wood Johnson Foundation and the National Science Foundation.

An online version of the social-belonging intervention is available for free to colleges and universities through the College Transition Collaborative and the Project for Education Research that Scales (PERTS). It has been implemented at more than 200 institutions. Versions of it also have been used in middle and high schools.