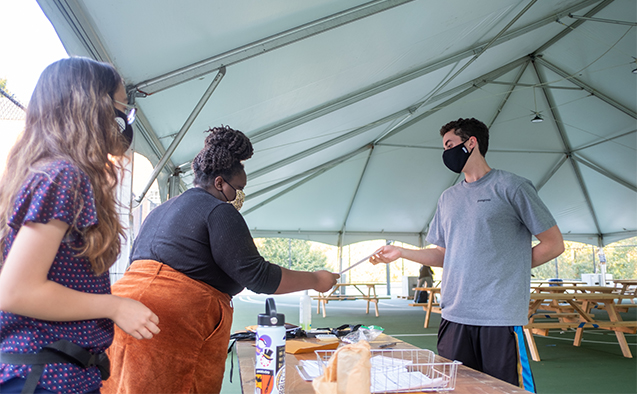 With the Presidential Election three weeks away, Deacs Decide fellows hope their hard work over the past month translates into heavy voter turnout.

They are Wake Forest University students who engage their peers in the election process by helping them with everything from registering to completing absentee ballots, said Deb Marke, assistant director of advocacy and social justice education in the Office of Civic and Community Engagement (OCCE). She is also co-director of Deacs Decide, a campus-wide project focused on election issues and voting.

Today at noon, Wake Forest University students will march to the polls to cast their ballots on the first day of early voting, which runs statewide through Oct. 31. They will be led by Student Government President Miles Middleton in the march organized by Deacs Decide and Izzy McMahon, a Wake Forest student who is a poll defender for +1 the Polls. Sponsored by MTV, +1 the Polls is the first-ever national effort to create new polling sites in local communities to give young voters easier access to polling locations.

Wake Forest’s mascot, the Demon Deacon, will march with the students, and prizes will be given to the first 50 to show up. Marching to the polls will continue throughout the early voting period.

Wake students will vote at Winston-Salem First Assembly of God, which is across from the soccer field on University Drive and was added as a result of a collaborative effort between Deacs Decide and Athletics, Marke said.

“A lot of students don’t realize they can register and vote at the same location during early voting,” she said. “Every day at noon, a notable campus figure or organization will walk with a group of students from the tent on Poteat Field, with a goal to get as many students to the polls as possible.”

Senior Deacs Decide fellow Sam Horowitz is also president of College Democrats. “Today’s my birthday, and I’m planning to celebrate in part by voting,” she said. “I’m really passionate about voting and encouraging young people to learn about the issues. It’s important for students, regardless of political affiliation, to understand how important it is to vote.”

Besides helping classmates register or complete absentee ballots, fellows help students understand their options. For example, out of state students can vote in Winston-Salem or in their hometowns. And while they don’t try to influence votes, Deacs Decide fellows support the right to vote when students openly question whether voting’s worth it or if their vote matters.

Horowitz expects the percentage of Wake students who vote in this year’s presidential election to be higher than in 2016. This week, it was announced that 99% of Wake Forest’s 400-plus student-athletes across all 18 varsity programs are registered to vote in either North Carolina or their home state.

Sophomore Deacs Decide fellow Drew Skilton thinks students are aware of the issues nationally and statewide. “We’re living in a time when politics seem to go into every decision, and I think people are excited,” he said. “I’m seeing a lot of activity among students on both sides.”

Deacs Decide held five “Relax and Register” voter registration drives this fall, behind Collins Residence Hall which houses first-year students. Marke said the goal is for at least 50% of Wake Forest students to vote. Nationally, 48.3% of college students voted in the 2016 Presidential Election according to the National Study of Learning, Voting and Engagement (NSLVE).

“Our voter registration drives were more successful than I anticipated, particularly given the pandemic,” she said. “Having a poll location right next to campus is so helpful. Many student organizations have been trying to get out information around voting, so I’m pretty optimistic.” 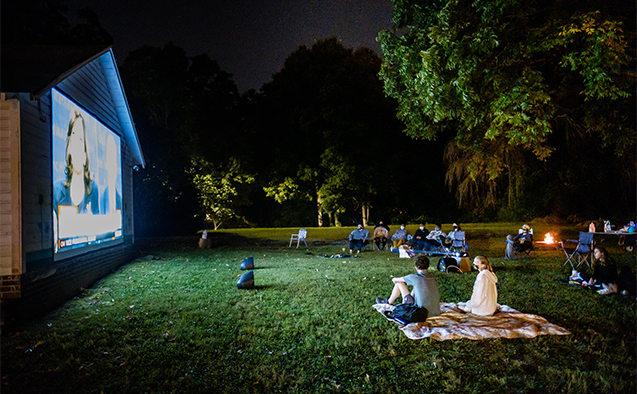 Deacs Decide fellow Edna Ulysee, a junior, said she thinks the organization is effective because of its campus-wide visibility. “Even though we’re dealing with the COVID-19 pandemic, we’ve offered a plethora of events for students whether virtually or in-person,” she said. “Deb Marke has helped us put on different events to educate students on topics from healthcare to the right to vote, things that will become even more important to our generation.”

Senior Jenna Mayer of Deacs Decide agrees about the importance of this year’s election. “I love any excuse to help my peers get more involved,” she said. “I think a majority of Wake Forest students understand the importance of voting, especially in this election.”

To interview a Deacs Decide fellow, McMahon or Marke, or to cover the students marching to the polls, please contact media@nullwfu.edu.