Findings have important implications for conservation 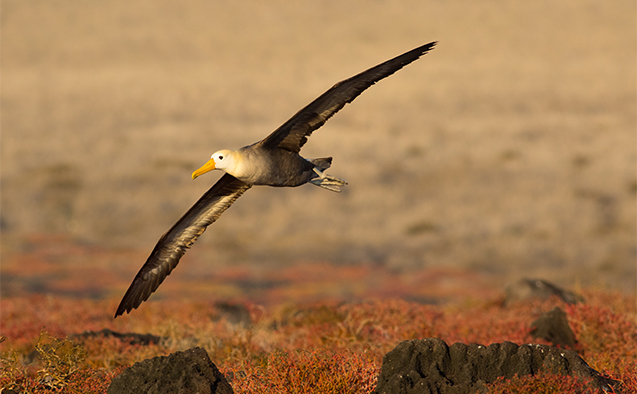 Wake Forest biologist Dave Anderson is among a global team of researchers contributing to a new study showing that albatrosses and closely related seabirds spend 39% of their time on the high seas where no single country has jurisdiction.

For the world’s most threatened group of birds–more than half of the species at risk or extinction—these findings highlight the need for international cooperation to ensure the seabirds’ survival.

The study, “Global political responsibility for the conservation of albatrosses and large petrels,” was published this week in Science Advances. 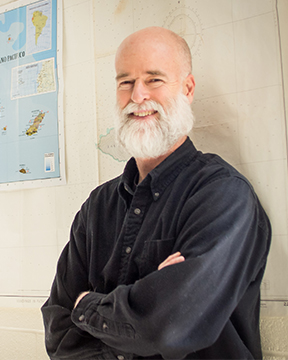 Anderson, professor of biology, and his graduate students have studied the movements at sea of waved albatrosses in the Galápagos Islands of Ecuador and black-footed and Laysan albatrosses of Hawaii. They have tracked their flights across the oceans. He and dozens of other researchers from around the world taking part in this project shared data through Seabird Tracking Database, a repository managed by BirdLife International to facilitate international collaborations between researchers working on the conservation of seabirds.

The combined data made possible the global analysis of these endangered birds. The researchers tracked the movements of 5,775 individual birds belonging to 39 species using miniature electronic devices. They found that all species regularly cross into the waters of other countries, meaning that no single nation can adequately ensure their conservation. Furthermore, all species depended on the high seas, which are areas of international waters covering half of the world’s oceans and a third of the earth’s surface.

“Seabirds like albatrosses are the ultimate globetrotters,” said Martin Beal, lead author of the study at the Marine and Environmental Sciences Centre at ISPA – Instituto Universitário in Lisbon, Portugal. “But this incredible lifestyle makes them vulnerable to threats in places where legal protection is inadequate.”

While at sea, they face a number of threats, including injury or mortality from fishing gear, pollution, and loss of their natural prey due to overfishing and climate change. 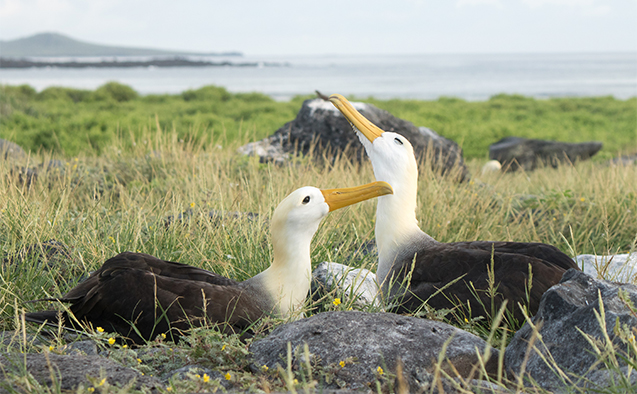 Anderson notes the complexity of this conservation problem shown by his study populations: “The two albatross species breeding in Hawaii are protected by U.S. law in their nesting colonies on land, and within the US Economic Exclusion Zones around Hawaii and their main feeding areas around the Aleutian Islands and the California coast. That all sounds like good protection, except that each foraging trip from their nestlings in Hawaii to their food near the continent’s coast requires travel over more than 1000 km of the high seas, outbound and then again inbound. These international waters lack any governmental protection and are full of fishing boats from a variety of Pacific nations. Even worse is the waved albatross, nesting in Ecuador in the Galápagos Islands but making 3000 km round trips to coastal Peru, crossing their own 1000 km of high seas.”

“Addressing the high mortality rate of this seabird group is fundamentally a transnational problem. Our new paper is a big step toward a resolution.” Dave Anderson, professor of biology

According to co-author Maria Dias, from BirdLife International, “Negative interactions with fisheries are particularly serious in international waters because there is less monitoring of industry practices and compliance with regulations. Also, beyond fish there is currently no global legal framework for addressing the conservation of biodiversity in the high seas.”

In a global-scale collaboration, the international team of researchers revealed the extent to which seabirds connect countries to one another, as well as to the high seas. The study comes as the United Nations are discussing a global treaty for the conservation and sustainable use of biodiversity in international waters. “Our study unequivocally shows that albatrosses and large petrels need reliable protection that extends beyond the borders of any single country,” Beal said and adds “This treaty represents a massive opportunity for countries to commit to protecting species wherever they may roam.”

He adds: “Animals have no concept of human borders. What we’ve shown here with seabirds is certainly true for many other marine animals, like sea turtles, seals, whales, and fish. To ensure their survival, we must work together to protect and conserve the global ocean.”

The study tracked birds at 87 remote breeding sites in 17 countries, from the Japanese island of Torishima, where the short-tailed albatross breeds on an active volcano, to the Galápagos Islands, home of the waved albatross Anderson studies.