Keeping the weight off, treadmill not required 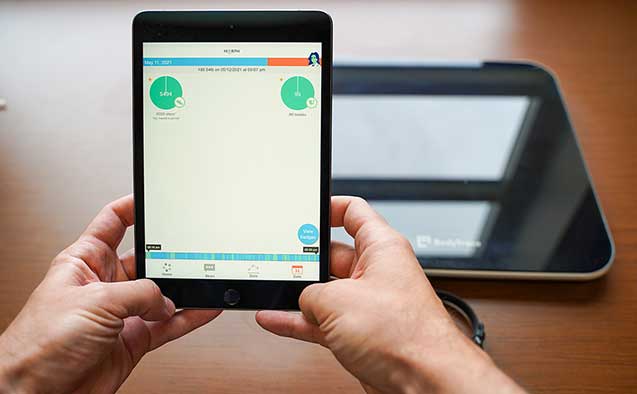 Teaching older adults how to keep moving – and not necessarily doing structured workouts – after significant weight loss could be the key to keeping the weight off, according to research by Wake Forest University published online today in the peer-reviewed journal Obesity.

The study, “Intervening on Exercise and Day-long Movement for Weight-loss Maintenance in Older Adults,” followed 183 men and women age 65 to 85 as they took on a six-month dietary weight-loss and physical activity regimen, with check-ins through a maintenance phase at 18 months. Study participants, who were classified as having obesity based on their body mass index, all were offered the same dietary intervention but were divided into three groups for activity coaching:

While all three groups lost a similar amount of weight in the first six months – an average 8.2kg or just over 18 pounds – those coached to keep moving throughout the day kept off more of the weight at 18 months.

That turns the “no pain, no gain” mentality about weight loss and exercise on its head, said Jason Fanning, Wells Fargo Faculty Scholar in the Department of Health and Exercise Sciences at Wake Forest University. The lead author on the Obesity paper, he helped to design the SitLess program and developed the smartphone app the study participants used to monitor their daily activity and check in with coaches and other study participants.

“We found that moving throughout the day to meet your daily activity goal is as effective for supporting weight loss as structured exercise and is better for keeping that weight off,” he said. “Find time to add activity into your day multiple times a day, and work on finding many activities you enjoy.”

The SitLess protocol was developed by Wake Forest’s W. Jack Rejeski and Barb Nicklas, the principal investigators of the study on which the current paper is based, Empowered with Movement to Prevent Obesity and Weight Regain (EMPOWER). Rejeski is Thurman D. Kitchin professor in the Health and Exercise Science Department, and Nicklas is a professor of gerontology and geriatric medicine at the Wake Forest School of Medicine. Both are co-authors of the Obesity paper.

Considering that studies have shown that people who lose weight typically regain more than half the weight after two years and more than 80 percent after five years, the results from the SitLess intervention could have a major impact on how health-care providers coach their older patients to drop pounds.

Fanning, who has been involved in multiple studies focused on helping older adults lose weight through the Claude Pepper Older Americans Independence Center at the Wake Forest School of Medicine, said the reasons for the weight regain are many. Not everyone likes structured workouts, so they drop them after the initial push to lose weight. Sometimes, people who start a structured exercise program drop the activities they were doing before, such as walking the dog, and don’t pick them back up after weight loss. And many just don’t think those little bouts of activity – sweeping the floor, taking the steps instead of the elevator – make a difference in weight loss, even when they might add up to hours of activity each day.

That’s the key to the next steps in the EMPOWER study. The research team is looking at how to retrain people’s perceptions and adopt a movement-across-the-day mentality. They’ll also test whether a dietary weight loss plus movement program can work as remote-only, an experiment inspired in part by the global pandemic. And they hope future studies will determine how the SitLess protocol can help people of different age groups and medical conditions, such as diabetes, cognitive decline and cardiovascular disease.

“I would love to see a future where people are being urged to move in most aspects of life,” Fanning. “It affects most chronic diseases, and it makes us happier.”