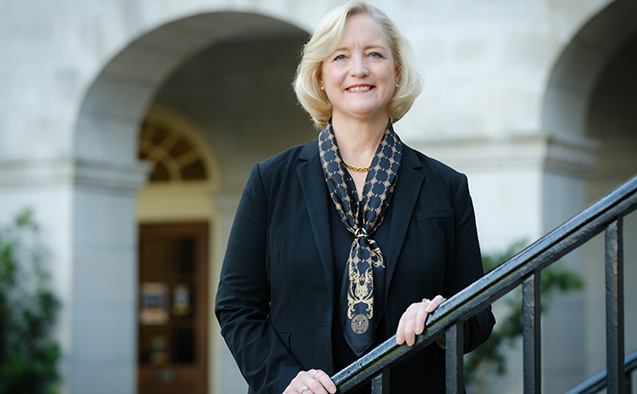 Who wants to be a college president?
By Eric Kelderman | The Chronicle of Higher Education
Wake Forest President Susan Wente is featured in this piece about how university leaders are hired. Wente, who is the first woman to be Wake Forest’s president, said she wanted to make sure board members were unified in purpose and vision, and had a realistic view of the future of the institution. She also considered the search process itself, she said, including how transparent the search was and how faculty and student input was received. – 1/03/2022

TV still roots for characters like Dexter
Yahoo Life
Wake Forest counseling professor Allison Forti said, Dexter’s popularity “is evidence that we’re craving fictional worlds, even if they’re scary ones. When our own lives feel overwhelming, we can view a protagonist whose life is far more dangerous.” – 1/09/2022

The internet is a great source for facts, but Jan. 6 reminds us truth isn’t the problem
By Connie Guglielmo | CNET
“When it comes to beliefs, like worldview beliefs or your religious ideology, accuracy is not the point. The point is integrating with your social group, sending the right signals that you’re part of the group,” said philosophy professor Adrian Bardon, author of The Truth About Denial: Bias and Self-Deception in Science, Politics and Religion. – 1/06/2022

‘Democracy is always up for grabs.’ Will January 6 become the new July 4?
By Michael Paul Williams | Richmond Times-Dispatch
Wake Forest humanities professor Corey D.B. Walker sees a through-line from the 2017 white supremacist rally in Charlottesville to the Second Amendment gathering in Richmond to the U.S. Capitol riot. “Democracy is a practice, it is not a declaration. It is not the finished product. It is an ongoing practice,” he said. And if we don’t cultivate it, we could lose the American Experiment. – 1/04/2022

Multiple HBCUs receive bomb threats
By Sara Weissman | Inside Higher Ed
Melissa Harris-Perry, a professor at Wake Forest and host of the National Public Radio program The Takeaway, noted the history evoked by the bomb threats. “The list of targeted HBCUs made my blood run cold,” she said. “We’re grateful and relieved that there were no acts of physical violence, but I just want to point out that these threats themselves, they recall a history of racist bombings in the U.S. South aimed at Black churches and schools.” – 1/06/2022

Why Engineering: Chanel Richardson
tufts.edu
Winston-Salem native Chanel Richardson shares that she reached out to a Wake Forest professor to talk about engineering careers. Not only did they meet, but he also introduced her to his students. “That experience opened my eyes,” Chanel said. She is now a computer engineering student at Tufts. Richardson’s story is excerpted from “Why Engineering? We Asked Five Women” by Laura Ferguson, Tufts Now. – 1/04/2022

Mary Tribble book on great grandmother Sally Merriam Wait
By Dannye Romine Powell | The Charlotte Observer
Mary Tribble’s new book, “Pious Ambitions,” is reviewed in the Charlotte Observer. The book tells the story of the life of Sarah (Sally) Merriam Wait, from a young Vermont woman struggling with faith to an aspiring missionary and minister’s wife. Tribble is senior advisor for engagement strategies at Wake Forest. – 1/05/2022

Can enrollment at local colleges rebound to pre-pandemic levels?
By Lillian Johnson | Triad Business Journal
Both Wake Forest University and Elon University rebounded to similar levels of what they were reporting before the pandemic. Wake Forest had just under 9,000 total students and about 5,400 undergraduates. – 1/07/2022