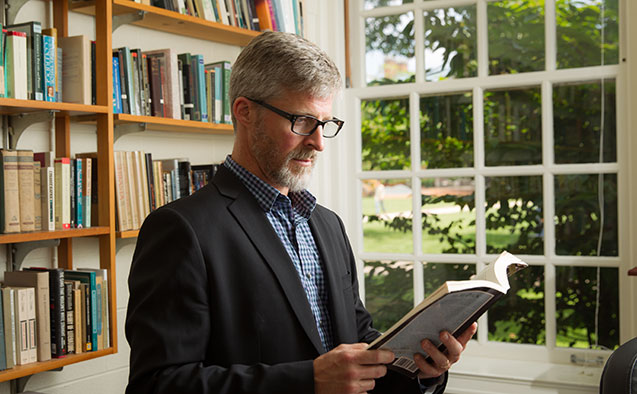 ‘Dream-Child: A Life of Charles Lamb:’ Madness, poetry and dinner with the Lambs
By Malcolm Forbes | The Wall Street Journal
For much of his literary life, Charles Lamb was a jack of all trades and a master of none. He wrote poetry like his good friends Samuel Taylor Coleridge and William Wordsworth though his verse was of a lesser caliber. English professor Eric G. Wilson offsets the dark with more than enough light and shows that while misfortune affected Lamb’s character, the quality of his often remarkable creative output shone through. – 1/20/2022

States are increasingly considering equal shared parenting in custody cases
By Sushma Subramanian | The Washington Post
According to Linda Nielsen, a professor of adolescent and educational psychology in the Department of Education at Wake Forest University, joint physical custody means that children have more emotional resources at their disposal. It also decreases the sense of loss they experience because of the breakup of their parents. – 1/17/2022

Lessons from the Science of Bullsh*t
By Robert J. Cramer | Psychology Today
Psychology professor John Petrocelli, a recognized expert in the science of bullsh*t, is featured in this piece. His experimental studies have shown that people tend to bullsh*t in the face of situations where they have no expertise and when they do not expect to be held accountable for the behavior. – 1/23/2022

Texas gun permit applications peaked in 2020, plummeted in 2021
By Cayla Harris | Houston Chronicle
In June 2020, amid nationwide protests over police brutality and early coronavirus restrictions, nearly 39,000 Texans applied for a gun permit for the first time. But that number fell to just under 5,000 by November 2021. Sociology professor and gun culture expert David Yamane comments in this article. – 1/21/2022

WFU and NC Black Rep accepting submissions for ‘Finding Holy Ground’
BroadwayWorld.com
Wake Forest has received $250,000 from the Henry Luce Foundation to commission and produce two original plays to be presented at the 2024 National Black Theatre Festival. Two playwrights will be selected and awarded a $10,000 commission, developmental workshops and fully staged production of their new plays. The project is a collaboration among the WFU School of Divinity, North Carolina Black Repertory Company and Wake the Arts. – 1/21/2022

11 Black women who Are kicking doors down in media
By Amy Barnett | Black Entertainment Television
Melissa Harris-Perry may be new as the host and managing editor of The Takeaway. Still, the citizens of #NerdLand have been fans since the Wake Forest University professor had her eponymous show on MSNBC. Her ability to distill dry data into engaging, entertaining content makes her the people’s champ. – 1/20/2022

Why do we still have pennies? U.S. Mint plans to phase them out
By Robin Hill-Gray | Market Realist
Economics professor Robert Whaples commented on the penny being phased out. He said, “Right now, with the coin shortage, is a good opportunity to seize the issue.” – 1/17/2022

As the pandemic drags on, law professors are making changes
By Stephanie Ward | ABA Journal
Law professor Brenda Gibson is trying something new this semester with her legal writing students. After almost 17 years of using honorifics while teaching, she started calling them by their first names. “There are some things I had to do differently because I didn’t show up as authentic. I felt like based on some of my evaluations, they felt like I did not care.” – 1/18/2022

History-making new Wake Forest University president is in the right place at the right time
By Neill McNeill | WGHP-TV (High Point, NC)
She’s uniquely qualified to lead Wake Forest University during the pandemic. Not only has she made history by becoming the first female president in the institution’s 187-year history, she’s also a respected biomedical scientist with a Ph.D. in biochemistry. –1/20/2022

Wake Forest’s vice provost heading to William & Mary
By John Hinton | Winston-Salem Journal
Vice Provost Kami Chavis, a nationally known criminal justice expert and a professor on the School of Law faculty, has been named the R. Hugh and Nolie Haynes Professor of Law at William & Mary in Williamsburg, Virginia. She will remain at Wake Forest until July 1, when she begins working at William & Mary. – 1/19/2022

5 remarkable visits Rev. Martin Luther King Jr. made to North Carolina
By Steve Doyle | WGHP-TV (High Point, NC)
The Rev. Martin Luther King Jr. made stops in North Carolina a constant part of his mission to expand the civil rights movement in the late 1950s and early 1960s. King spoke at Wake Forest to promote voter registration drives, and his remarks were described as a “fiery, 40-minute sermon.” He encouraged the audience to vote and hold nonviolent protests as a way to change society. – 1/17/2022

Here’s why store shelves are empty again in parts of North Carolina, the U.S.
By Louie Tran | WXII-TV (Winston Salem, NC)
Business professor Haresh Gurnani said first the winter weather has played a large role in recent days. “We’re clearly not equipped for severe weather disruptions here.” Government subsidies are another factor, he added. “There’s only a certain amount of time you can rely on your savings and government assistance. At some point, workers will have to enter the workplace.” – 1/20/2022

U.S. Poet Laureate Joy Harjo coming to Wake Forest Jan. 25-27
By Laurie Willis | Wake Forest News
Joy Harjo, who in 2019 made history by becoming the first Native American to be named U.S. Poet Laureate, is coming to Wake Forest Jan. 25-27. Harjo, a citizen of the Muscogee (Creek) Nation and renowned performer and writer, will give a poetry performance, Poet Warrior: An Evening with Joy Harjo, in Wait Chapel at 7 p.m. on Jan. 26. She will also lead the fourth installment of the University’s Interdisciplinary Writing Workshop for students. – 1/21/2022