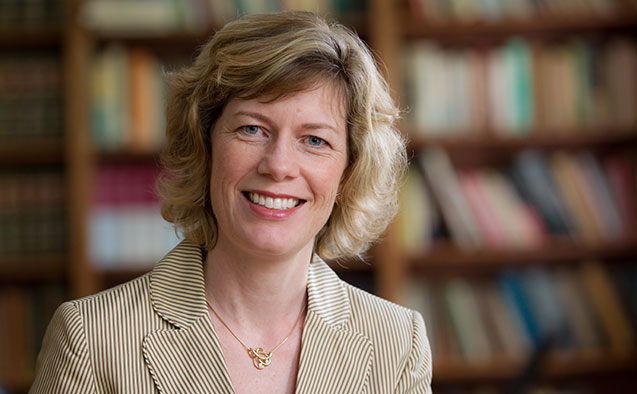 More than 2.5 million refugees have fled Ukraine in the first two weeks of the Russian invasion. Professor of Politics Sarah Lischer, author of Dangerous Sanctuaries: Refugee Crises, Civil War and the Dilemmas of Humanitarian Aid, studies the politics of refugee crises and humanitarian action.  Lischer addresses the challenges facing the refugees, the importance of international support, and lessons from the past.

She has conducted field research in Rwanda, Tanzania, Bosnia, Cambodia and Croatia. Before starting her academic career, she directed a refugee resettlement agency in eastern North Carolina. Lischer is teaching two related courses this semester: one on humanitarian action and another on forced migration.

What will help refugees the most? What lessons can be drawn from the past?

Although the numbers change daily, we know from past crises what the refugees will need and how to provide it. At the emergency stage this is food, water, shelter, medical care, and a way to contact their loved ones. Over time, they will need more durable solutions such as legal status to remain and education for their children. The problem is security. Russian forces are attacking civilians, hospitals, schools and NGOs, making it almost impossible to move aid around the country. Humanitarian organizations can barely function when Russia is violating the laws of war (such as the Geneva Conventions).

What is the responsibility of other countries to the Ukrainians?

According to international law, people fleeing persecution have the right to apply for asylum and to be recognized as refugees. With the unprecedented numbers of Ukrainians crossing borders, neighboring countries are doing the right thing by letting everybody in without asking many questions. This is the most generous and helpful response. States such as Poland (with more than 1.5 million Ukrainians already) are scrambling but they have maintained an open door policy to provide refuge. Eastern Europe is bearing the brunt of the refugee flows.

The rest of the world needs to respond with massive amounts of financial and logistical assistance. Without aid, Poland can’t possibly support 3 or 4 million refugees and its citizens will become overburdened and resentful. For example, 20% of Lebanon’s population are refugees; mostly Syrian refugees living in disastrous conditions. If that happens in Poland and Moldova and Slovakia, the refugee crisis will create political and social crises in the host states.

Europe needs a huge logistics operation to coordinate and distribute aid. The U.S. military has logistical expertise and has helped to develop plans for airlifts, water supplies and food distribution in past crises.The Biden Administration has provided Temporary Protected Status (TPS) to Ukrainians already in the U.S. so that they can stay past their visa if it is too dangerous to return to Ukraine.

What happens to refugees when the world’s attention shifts?

The Western world has a short attention span. President Zelensky has done a terrific job of keeping the world on message and that will help the Ukrainians. Just last August, attention focused on the Afghans escaping Taliban rule on U.S. airlifts. There are still 70,000 Afghans who have left Afghanistan waiting to be transported to the United States, and I fear they will be forgotten. This has happened before. During the war in former Yugoslavia in the 1990s, Germany was welcoming, but eventually had to say they could not handle hundreds of thousands of refugees. History doesn’t show a very good trend of continued enthusiasm for paying for humanitarian crises.

What does the future hold for Ukrainian refugees?

One unusual fact about the crisis in Europe is that once refugees pass into Poland or Hungary they are free to move to other countries because of the Schengen borders allowing them to travel within the European Union. People who have connections and funds can move to another country within the area. This might ease the load for the border countries. Refugee status is based on the 1951 Convention on the Status of Refugees and provides legal protection for people fleeing persecution. In many countries, refugees are given more rights than so-called illegal immigrants. Right now, many states are providing temporary sanctuary for Ukrainians and will need to decide in the near future whether they want to provide the more secure status of refugee.

Have other refugee situations had positive resolutions? Can you envision a scenario where refugees can return home to Ukraine?

In 1998 -1999, when Serbia attacked Kosovo, 800,000 Kosovo Albanians fled to Macedonia. The U.S. and NATO response fairly quickly resolved the conflict by bombing Serbia. With a Kosovo Albanian government in place and some NATO presence, those refugees in Macedonia came home. Their whole country hadn’t been destroyed. The longer the war in Ukraine goes on, the less likely there will be an easy resolution. And external military intervention on behalf of Ukraine is currently off the table.

History in the 20th and 21st centuries does not provide us with examples of quickly resolved refugee crises. In all likelihood, the Ukrainians (both refugees and internally displaced people) will remain exiled from their homes, perhaps for years. If Russia installs its own government in Ukraine, it will find actual governance extremely difficult due to continued military resistance. It took ten years after the USSR invaded Afghanistan in 1979 for it to pull out; many Afghans who fled to Pakistan have never returned.

What is the most effective humanitarian aid? How can individuals help?

Look for trustworthy organizations with a presence in the region that know how to use resources. The International Committee of the Red Cross (ICRC), Doctors Without Borders (MSF), International Rescue Committee, UNHCR and other aid organizations are already in Ukraine. Individuals can also look up organizations using Charity Navigator. Funding an organization with a good record and experience will help people avoid the inevitable charity scams that will arise. Of course, all of this depends on convincing the Russians not to bomb aid convoys and humanitarian corridors.

Longer term, what is the most important issue for refugees?

Education. After months of living in an emergency situation, educating refugee children will become critical. That’s when the host country feels pressed for resources. There might be hundreds of thousands of children, maybe millions, who need to be educated. If they aren’t, we can end up with a wasted generation. For example, in Jordan they allowed Syrian refugee children to go to Jordanian schools, and they had to double up shifts. Relevant questions about refugee education include: Are you going to get teachers from the refugee population or local teachers? Will the children learn a Ukrainian curriculum or a Polish curriculum? What language skills are needed? After basic needs are met, parents are going to be very concerned about what happens to their kids. Will they get a decent go at life or will they miss large swaths of learning? Because of the huge amount of resources needed, it is important to start thinking about this now.

How are you addressing the Ukrainian crisis in the classroom?

I am teaching a new course this semester, “Humanitarian Action in a Political World” that is supported by a course development grant from Wake Forest’s Leadership and Character program. Sadly, this is a terrible, unfolding case study where we are looking in real time at the principles we’ve learned about so far. We started the course talking about the International Committee of the Red Cross and how Swiss businessman Henry Dunant witnessed a battle in Italy in 1859 so horrifying that he proposed an international structure to aid wounded soldiers and
others. In the course, we are examining humanitarian action through the lens of ethics, law, politics and leadership. Each student is researching a particular humanitarian organization in depth. Early in March a student group led a simulation about Ukraine and debated the role of humanitarian aid for the various parties. Students can work with archival data and original documents through ZSR resources. We focus on the ethical and legal decision making around humanitarian aid and the principles that guide different organizations.

I am also teaching a course called “The Politics of Forced Migration.” I had not predicted the Ukrainian refugee crisis and the need for us to address it. The class includes an analysis of European migration before and after World War II — Jews, Germans, Russians, Italians and others. This background is extremely helpful in understanding the patterns and stakes of this new European migration crisis.