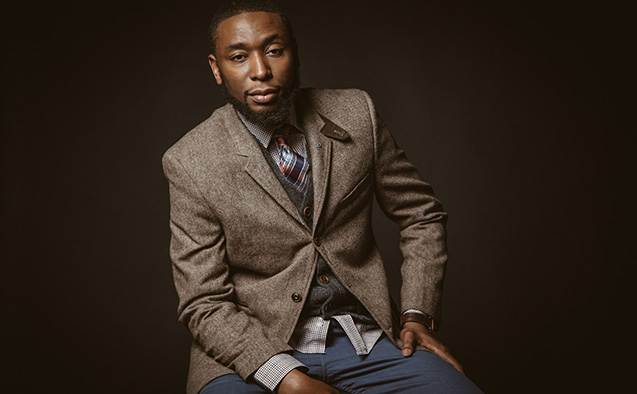 Douthit will teach an undergraduate seminar entitled “Where It All Began: A History of Hip Hop.” 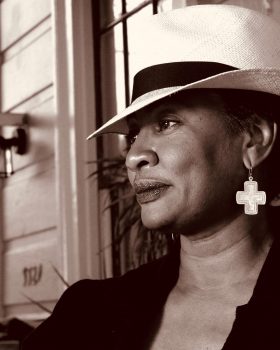 Osbey will teach the undergraduate seminar, “Modernist Africana Poetry of the Americas,” which examines the origins of modernism among Africana authors of the Americas and poetry, poetics and poetry movements of Brazil and Latin America, the Caribbean and the United States from the late 19th through the first half of the 20th century.

Douthit and Osbey will participate in special programming for both the Wake Forest and Winston-Salem communities during their teaching semesters.

“We are so fortunate to be able to welcome these two extraordinary visiting scholars to Wake Forest. Each will help our students and entire community conceptualize the multiple relationships of the arts to teaching and research in African American Studies in powerful new ways,” said Dean of the College Michele Gillespie.

“Both Osbey and Douthit exemplify the too-little acknowledged centrality of artists in shaping history, society and culture.” Michele Gillespie

Douth said he is excited about how everything has come full circle with this opportunity to return to Wake Forest. “I’ve been connected to the University since 1989 by way of Ernest Wade, former director of Minority Affairs. I was selected as a 14-year-old for “Project Ensure,” a college prep program for academically gifted minorities from Winston-Salem going to the 9th grade. I spent every summer there until I graduated from high school in 1993. Wake Forest was my very first taste of what college life could and would be.”

For Osbey, the return to Winston-Salem is another opportunity to work with Walker whom she has known since their time on the faculty at Brown University. “In 2017, at the invitation of Professor Walker, I attended presentation sessions by Winston Salem State University and Wake Forest students as part of a universities and communities course that he and Provost Rogan Kersh were then teaching. Their ‘communiversity’ approach had a special appeal. It echoed an earlier sense of higher learning having a mission extending beyond the advancement of the individual, a commitment to service to the immediate and larger communities. Taking notes during those student presentations, I couldn’t wait to join in the after-discussion. And I have again that sense of anticipation and excitement. I’m very much looking forward to working with students in the Program in African American Studies.”

Walker is excited to welcome Douthit and Osbey back to Winston-Salem. “To be able to welcome 9th Wonder back home to an institution that was so formative for him and to welcome my dear friend Brenda Marie is a gift.”

Grammy award-winning producer and Winston-Salem native, Patrick “9th Wonder” Douthit is an accomplished artist, producer, and social justice advocate. He received the Nassir Jones Fellowship at Harvard University where he lectured and conducted research in the Hip-Hop Archives. For over a decade, he has taught at Duke University and North Carolina Central University. He has also taught at the University of Pennsylvania and the University of Virginia and has lectured at colleges and universities across the nation. In 2021, he was appointed a visiting professor at Long Island University’s Roc Nation School of Music, Sports and Entertainment.

Since his introduction to hip-hop in 1982, Douthit has been immersed in the music, history, and culture of the art form. While attending North Carolina Central University, he decided to pursue a career in music and has worked with top recording artists including Jay-Z, Kendrick Lamar, Mary J. Blige, Destiny’s Child, Drake, Erykah Badu, and Jill Scott. He is the subject of two acclaimed documentaries The Wonder Year (2011) and Hip-Hop Fellow (2014), both directed by Kenneth Price. He serves on the Executive Committee for Hip-Hop and Rap at the Smithsonian National Museum of African American History and Culture and is currently working with the Loeb Library at Harvard University chronicling the top 200 Hip-Hop albums of all time. He also served as National Ambassador For Hip-Hop Relations and Culture for the NAACP. In 2019, Douthit was inducted into the North Carolina Music Hall of Fame.

Brenda Marie Osbey is an author of poetry and prose nonfiction in English and French. She is currently a Hodson Trust-John Carter Brown Library Fellow at Brown University and Washington College where she is working on her latest project, “GEOGRAPHY: Narrative Poems,” which examines themes of exploration/exploitation, venture/adventure, mapping/appropriation, encounter/conquest, settlement/colonization, naming/sub-duing in the making of the New World. Osbey has held faculty appointments at Dillard University, Louisiana State University, Loyola University, Southern University, UCLA and distinguished visiting appointments at Brown University, University of Virginia, and Winston-Salem State University.

A native of New Orleans, Osbey was named the first peer-selected Poet Laureate of the State of Louisiana in 2005. Her work has been the subject of book-length studies and panels at conferences of the Society for the Study of Southern Literature (SSSL), Modern Language Association (MLA), College Language Association (CLA), and Furious Flower African American Poetry Conference. Her seven books include her collected poems, All Souls: Essential Poems (LSU Press, 2015); History and Other Poems (Time Being Books, 2013; Langston Hughes Award, 2014); All Saints: New and Selected Poems (LSU Press, 1997; American Book Award, 1998). She is also the author of a Kongo-New Orleans opera triptych, Sultane au Grand Marais (Rites & Reason Theatre, 2011). She has twice been commissioned to compose works by the University of Virginia: by the Carter G. Woodson Institute in 2011 and the President’s Commission on Slavery & the University in 2013. In 2017, she was commissioned by the College of William & Mary to compose a work commemorating the 50th anniversary of the desegregation of the institution. 1967: On the Semicentenary of the Desegregation of the College of William & Mary was published in a limited edition the following year and reissued in 2019. The closing line of 1967 is engraved in the commemorative sculpture Sankofa Seed (Steve Prince, 2020), erected in the Legacy Tribute Garden on the university’s campus.

Osbey has been featured by the Academy of American Poets and Poetry Society of America and her poems and essays on art, music, and culture have appeared in numerous journals, anthologies, and collections. For more than thirty years she has researched and recorded the history of the Faubourg Tremé, a community founded by free Blacks in New Orleans. Her series, “Faubourg Tremé: Community in Transition,” was published as a regular feature in the New Orleans Tribune. She served as a research consultant for Faubourg Tremé: The Untold Story of Black New Orleans (Serendipity Films/PBS 2007) and appears as a commentator on New Orleans Black culture and history in that film and in Claiming Open Spaces (Urban Garden Films/PBS, 1996). “Notes from France,” her series on race relations in contemporary France, was a featured column in Gambit Weekly (2004).