U.S. lessons from Afghanistan: Move away from nation-building 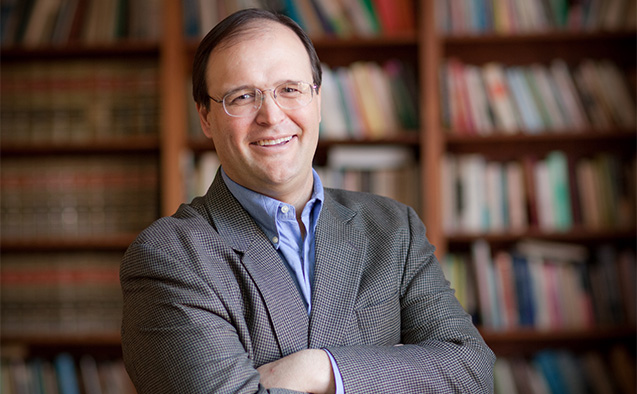 As the Biden administration faces a self-imposed Aug. 31 deadline to evacuate Americans, Afghan partners and NATO allies from Afghanistan after the collapse of that country’s government, U.S. foreign policy expert C. William Walldorf Jr. sees an opportunity to rethink how the United States approaches operations abroad.

Above all, if the U.S. wants to avoid decades-long entanglements that end in the loss of American soldiers, the collapse of a foreign government and billions of dollars wasted on nation-building in the Middle East, then it needs to form partnerships there that allow for combatting and controlling terrorism in Afghanistan and Middle East hotspots without sending in troops.

And, if the United States does need to intervene on foreign soil again, focus is the key.

“The best we can do is keep our goals limited, have a clear exit strategy, and not over-promise to the citizens of that country,” said Walldorf, associate professor of politics and international affairs at Wake Forest University.

Here, Walldorf, who authored the 2019 book, “To Shape our World for Good: Master Narratives and Forceful Regime Change in United States Foreign Policy,” answers questions about how the U.S. recovers from the situation in Afghanistan.

What is the most important lesson we’re learning right now in Afghanistan?

Nation-building is extraordinarily difficult and, in general, a waste of national resources, especially in a place that is deeply divided along socio-ethnic lines like Afghanistan. The quick collapse of the Afghan government, which the United States has been working to develop for 20 years, attests to this.

Related to that, there are important lessons on the limits to what the United States and any country for that matter can do abroad, along with lessons about the dangers that come in allowing military missions to expand beyond their original intent, in this case to combat terrorism after Sept. 11, 2001.

How does this experience affect our ability to forge alliances with foreign partners and NATO allies when a similar situation happens? Can the U.S. repair any damaged relationships with its partner nations in Afghanistan?

There has been some damage to our alliances with the drawdown. Allies were not consulted, and it appears there was not as much coordination with allies on the drawdown as there could have been. This will likely accelerate trends toward greater defense independence among European states, and that might not be a bad thing as Europe carries more of its own defense burdens.

But, by and large, I think those lessons for the United States are the same ones some of our NATO allies are learning right now too. In the end, where there are common interests between the U.S. and its allies going forward, I still expect there will be considerable willingness on the part of those allies to work with the United States.

The United States needs to demonstrate robust leadership both in the near-term and long-term in Afghanistan and the Middle East. In the near-term, the U.S. needs to get the evacuation right not only for U.S. citizens and our Afghan partners on the ground but also for citizens of NATO allies. U.S. forces must stay there until the job is done, and if that means staying beyond Aug. 31 and using force for purposes of rescuing people from Afghanistan, then so be it.

The United States must also show leadership by continuing to engage Afghanistan, especially around counterterrorism, from working with the new Taliban government and other important actors, including China and Russia, to robust surveillance and the use of force, if necessary, back in-country, against al-Qaeda and ISIS.

The United States should also continue to lead in other regional issues, like managing Iran’s nuclear ambitions.

Over the long-term, the United States can repair relationships by continuing to lead its allies in dealing with new global challenges, especially those in Asia with a rising China.

Given the number of Afghan-born aides left struggling to evacuate the country, how difficult will it be to enlist the help of a country’s people if we are an occupying force in the future?

First and foremost, let’s hope the United States is not an occupying force in a nation again anytime soon, which means I hope we’re not having to try to figure out ways to appeal to locals. People generally do not like occupations, which makes nation-building especially difficult. In those conditions, it’s hard to rebuild a state and society that the population does not buy into. That’s one of the big lessons of Afghanistan.

If we do need to intervene somewhere again, the best we can do is keep our goals limited, have a clear exit strategy, and not over-promise to the citizens of that country.

In your book, you look at how a dominant public narrative has pushed presidents to make foreign policy decisions they have regretted. How does this apply here and what can we learn moving forward?

In the post-9/11 period, U.S. politics was dominated until recently by a narrative around fighting terrorism, which has been a yardstick of sorts that presidents felt the need to live up to for domestic political reasons, to look tough on terrorism to win elections and succeed politically. This narrative was sustained by ongoing, frequent demonstrations of strength by terrorist organizations such as ISIS and Al-Qaeda.

Presidents like Barack Obama and Donald Trump, who wanted to rethink Afghan policy, found little space to do so. In recent years, the narrative has weakened as the terror threat has receded with the defeat of the ISIS caliphate and success against Al-Qaeda in the Middle East. That gave President Biden political space to draw down in Afghanistan.

If we want to avoid a return to those narrative politics of old, the most important thing the Biden administration can do moving forward is develop a robust, multifaceted offshore program to combat and control terrorist organizations of global reach in both Afghanistan and other Middle East hotspots. That will be more challenging without boots on the ground. But it is still doable and of the highest priority.

Does the onus fall entirely on the president here?

Congress did not help the situation much when it came to allowing our goals and mission in Afghanistan to become so expansive. There were too few questions asked and too many who were willing to take advantage of public fears about terrorism to pressure presidents into expanding commitments in Afghanistan.

I think history will show that the failure in Afghanistan is not just about one or two presidents, but was really a national failure, with Congress and the American public also responsible.

What could the Biden administration have done differently?

Once Biden decided to leave, which many say was a mistake in the first place, there probably was not a lot more he could have done differently. Leaving a war like this is bound to be messy when your partner is as corrupt and generally unpopular as the Afghan government was.

No one anticipated the government would collapse this quickly, which points to a mix of intelligence failures and, perhaps, some wishful thinking that what we’d worked to build for two decades was more robust than it really was. If there is any one thing Biden could have done better it may have been to make better preparations to get U.S. citizens, the citizens of NATO allies, and friendly Afghans out. On the other hand, if he had done that, he would have been blamed for causing confidence in the Afghan government to collapse, leading to its fall.

The scenes from Kabul are tragic and painful. Biden will be remembered for this, but in the end, these scenes would have played out for any president who made the call to draw down U.S. troops.

The U.S. has spent billions of dollars trying to rebuild/reframe the Afghan government. You suggest that, beginning with Iraq in 2003, there were lessons to be learned and conversations to be had around restraint and creative, less costly policy options. Can you expand on that and provide some examples?

Since 9/11, the United States and its allies have significantly reduced the threat of global terrorism. The question we need to ask ourselves is did our costly nation-building efforts in Iraq and Afghanistan help very much here?

The answer on that is mixed at best. Iraq made terrorism worse and eventually helped give rise to ISIS, which required a return of U.S. forces in 2014. In short, the 2003 Iraq war did little good to advance U.S. security and distracted us from Afghanistan at a critical juncture early in that war.

Nation-building in Afghanistan was very costly in terms of lives lost and money spent, though it allowed us a base for counterterrorism there and in Pakistan. Less costly policy options will be those we try going forward.

Again, offshore strategies, where we work with regional allies for surveillance, the use of limited strikes against terrorists of global reach, perhaps some special-operations forces for targeted missions against terrorists, and engagement with the Taliban to encourage it to control terrorists in its territory – these will all be critical elements of this policy. Those are the kinds of more restrained policies we now have a chance to employ going forward and which would have been effective in varying forms in combating terrorism from the very start, without all the burdens of nation-building like we’ve seen the past two decades.

Walldorf is available for phone, email and broadcast interviews.