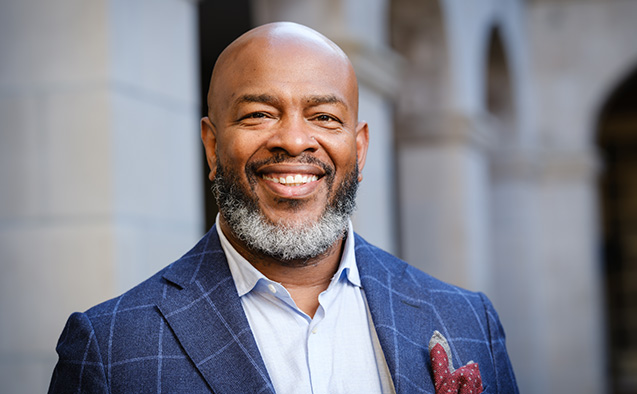 Fried okra, beyond the batter
By Kayla Stewart | The New York Times
Religion professor Derek S. Hicks has studied African American religion and foodways throughout his academic career. He notes that the word okra comes from the Igbo language of Nigeria, and argues that, while the exact origins of fried okra are unclear, the technique of frying the vegetable most likely stems from West Africa. “Deep frying was used by African cooks for a variety of foods, such as yams, okra, plantains and bananas,” Hicks said, adding, “enslaved people would have prepared many foods this way during Colonial and Antebellum periods.” – 7/11/2022

How Sri Lanka descended into economic crisis and protests
By Kaia Hubbard, Elliott Davis | U.S. News & World Report
“Everybody realized that it was only a matter of time before Gotabaya was ousted,” said politics professor Neil DeVotta. He is the author of Blowback: Linguistic Nationalism, Institutional Decay, and Ethnic Conflict in Sri Lanka. It is impossible to predict what might happen next. DeVotta adds that the protests – which he notes are split between extremists and a more moderate group – could intensify because Wickremesinghe “does not have the legitimacy to be president.”

Devotta also commented on the political situation in Sri Lanka in the Odisha Post, “Stable government a distant wish to most Sri Lankans” and in an opinion piece at Foreign Policy Magazine, “Sri Lanka’s road to crisis was political, not economic.” –7/15/2022

Can celebs fight stigma?
By Steve Heldon | Healthline
“Mental health stigmatization results from lack of awareness, information and education. Without an understanding of the signs and symptoms of mental health concerns, as well as an understanding of why or how mental health suffers, stigmatization pushes people into hiding that something is wrong and exacerbates suffering,” said counseling professor Allison Forti. – 7/15/2022

Black gun owners eager to flex carry powers after N.Y. law falls
By Ayanna Alexander | Bloomberg Law News
Law professor Gregory Parks said the rise in hate crimes and the many recent high-profile cases of police killings may be pushing Black people toward gun ownership. “I also own guns and I conceal carry, but I don’t have a super expansive view of the Second Amendment,” he said. “If other folks are going to be carrying, I’m going to be carrying too.” – 7/11/2022

Maritime issues could headline the next high-level Chinese tour of Africa
By Eric Olander | chinaglobalsouth.com
China’s most senior diplomat for Sub-Saharan Africa announced that Special Representative on African Affairs, Xu Jinghu, has kicked off an eight-nation African tour. Prominent Africa-China scholar Lina Benabdallah from Wake Forest noted that of the countries she’ll visit, “six are of maritime importance to China-Africa relations.” – 7/11/2022

How nine universities plan to approach the pandemic this fall
By Chris Burt | University Business Magazine
Wake Forest is also keeping its vaccine and booster requirement intact for the fall, although officials note that the mood around COVID in 2022 is vastly different from 2020. “Part of the move from pandemic to endemic is recognizing COVID-19, like flu or other seasonal viruses, as part of our lives,” university officials said in a statement. “We believe that these changes address this reality while still leaving us in a strong position to pivot if public health guidance indicates a different approach is necessary.” – 7/15/2022

News Bites: ‘Dispatches From Within’
Inside Radio
“Dispatches From Within,” a youth-produced series focused on teen mental health from Wake Forest University news/talk WFDD Winston-Salem’s Radio 101 class at R. J. Reynolds High School, won multiple journalism awards. The series received a Regional Edward R. Murrow Award for Excellence in Innovation. It was also recognized by the Public Media Journalists Association (PMJA) with a second-place award in the Series category, and the first-place award for Multi-Media Presentation in the Student category. – 7/13/2022

Ukrainian refugees tried to buy a car in Charlotte. When the deal went bad, neighbors stepped in
By Théoden Janes | Charlotte Observer
Communication professor Marina Krchmar signed up as a prospective host for Ukrainian refugees on the website UkraineTakesShelter.com in March. Since a Ukranian family moved in, Marina has helped them with the basics — food, clothing and shelter — but she’s also assisted them in navigating their journey through the immigration process, through other forms of uniquely American bureaucracy, as well as providing them with more-general-purpose guidance aimed at aiding in their acclimation. – 7/12/2022

Flooding, pipeline leaks raise concerns
By John Deem | Winston-Salem Journal
Former Environmental Protection Agency Deputy Administrator Stan Meiburg, who now leads Wake Forest’s graduate program in sustainability, has visited Archie Elledge plant and said the utilities department moved some pumps and electrical systems to higher ground years ago, but that some parts of the facility “would be at risk in a high-enough flood event.” – 7/17/2022

Gov. Roy Cooper signs state budget without Medicaid expansion, says lawmakers are close to an agreement
Greensboro News & Record
“The significant support from Democrats in both chambers likely persuaded Cooper not to risk the first veto override since the Republicans lost their super-majorities after the 2018 general election, said politics professor John Dinan. – 7/12/2022

Winston-Salem filmmaker follows the creation of fresco at church in Asheville
By Fran Daniel | Winston-Salem Journal
Chris Zaluski heard about a fresco project at a small church in Asheville in the fall of 2017 and started his first filming session several months later. He made the film while he was in graduate school at Wake Forest. He also directed “Impetus to Desegregate,” which was made in conjunction with the Office of Diversity & Inclusion at Wake Forest University. – 7/16/2022

Governor vetoes ‘ICE’ bill, says it is meant to stir fear in NC
By Richard Craver | Winston-Salem Journal
The passage of SB101 is “a classic messaging bill that is intended to put legislators on record for their votes, and in ways that can sometimes be difficult to defend in re-election campaigns,” said politics professor John Dinan. – 7/11/2022

Teens explore entrepreneurship and what it takes to be your own boss
By Kim McGrath | Wake Forest News
From a recycling machine that converts paper products into other paper products to nail polish that measures UV rays to a bike helmet that looks like a baseball cap, two groups of 50 high school students developed ideas for a spin on “Shark Tank” called “Deac Tank” at the Entrepreneurship Institute of Wake Forest’s Summer Immersion Program. – 7/12/2022

Categories: Wake Forest in the News