PGA vs LIV: The changing landscape for professional golf 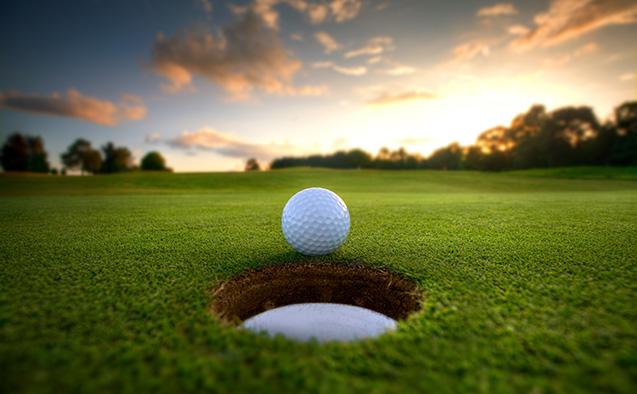 The wedge dividing PGA players is heating up with six more golfers announcing a move to LIV Golf, including Cameron Smith, Joaquin Niemann, Marc Leishman, and Harold Varner III. LIV Golf now has six of the top 30 players as it prepares to host its fourth event on Sept. 2-4. In response to the growing popularity of LIV among players, the PGA Tour has announced increases in prize money, a guaranteed minimum earning for new players, and four new events that will each have purses of at least $20 million.

Wake Forest University economist McFall, an expert on the business of sports, has published peer-reviewed articles related to golf and golfing tournaments in The Journal of Sports Economics and Applied Economic Letters. In this Q&A, he talks about the ongoing tension between the PGA Tour and LIV Golf.

What about the PGA Tour model gave LIV an opening to compete against it?
Athletes and the organizers of contests in which they compete have to weigh the various ways athletes are compensated. Historically, golfers who competed on the PGA Tour faced relatively large risk when it came to the compensation they earned because they were paid based solely on their performance at sanctioned contests. In contrast, athletes in team sports are usually paid a salary regardless of performance. Thus, it has been possible for a professional golfer with PGA Tour credentials – meaning he was one of the best 150 golfers on the planet – to face financial difficulties if his game wasn’t up to standards or he was injured. However, this meritocratic system also created strong incentives for golfers to find ways to be the best golfer they can be, which helped create memorable highlights that have helped grow interest in the game and make the Tour the gold standard for professional golf.

How is LIV Golf countering the Tour’s history and relationships with players?
LIV Golf league has promised to change the risk burden on professional golfers by offering various amounts of guaranteed money to players who signed on to compete in the league. Bigger names, like Cam Smith or Brooks Koepka have traded their Tour successes for guaranteed money to play in LIV events. Importantly, LIV has targeted talented up-and-comers and given them guaranteed money and expenses to league-sanctioned events, which has made competing in the league attractive to them, for they don’t have the financial foundation older players have.

Why does it matter?
LIV’s guaranteed money for competing and full coverage of expenses forced the PGA Tour to recognize it had to make changes to the structure of its league. Without the best players, fans’ devotion to the PGA Tour’s events would diminish and sponsors’ desires to cut big checks to be associated with the league would follow.

What are people talking about?
Many are talking about the problem of the bigger money and the guaranteed money being a deadening of incentives to play well. There’s some hogwash in that. Most players who qualify for those events will have very tenuous spots in those tourneys. They’ll work hard to stay there.

What angle is media coverage overlooking?
The angle I believe that isn’t being explored is that the incentives to play well and get in those limited-field, guaranteed-money events have grown for everyone. The players on the outside trying to get in will scrap harder to improve their standing and get into the shade of the guaranteed money events. Conversely, the players who are in the new, big-money events won’t want to have to leave those lush pastures. Additionally, the media isn’t talking about the tradeoffs the Tour made when it found or pushed more chips into the most elite ring of golf. What aspects of the Tour’s business model are suffering as a result of the new schedule? Are player pensions less well fortified? Will it cut back on capital expenditures at its properties? That money didn’t just appear.

What’s next?
Likely, the PGA Tour is not finished in terms of its reorganization, as it could still forego its non-profit status and become a private company, thereby inviting untold billions of investment funds into it. LIV has seemingly bottomless pockets of money to invest in players, and the PGA Tour might need more ammunition to stay ahead of its new rival.