Wake the Arts at WFU to celebrate the launch of ‘ArtCities’

Artists from Winston-Salem are the first to be featured 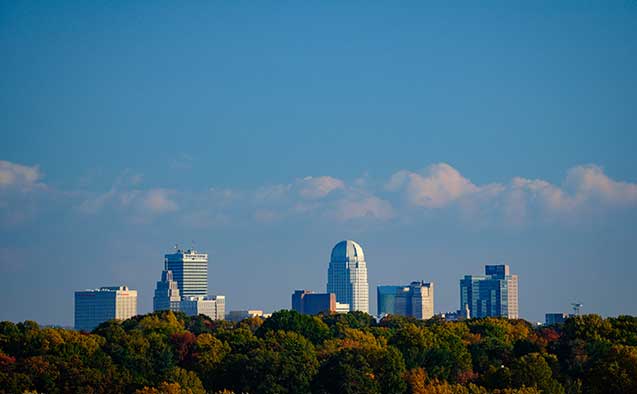 Wake the Arts, an initiative of Wake Forest University, is collaborating with Guilty by Association (GBA), an organization dedicated to raising visibility for underrepresented artists nationwide, on a new project called ArtCities.

GBA’s ArtCities, which launches on Monday, Dec. 12, will showcase work by five Triad artists: Krystal Hart, Ashley Johnson, Lakea Shepard, Mariam Aziza Stephan and Antoine Williams. Winston-Salem and Greensboro are the first cities whose artists will be featured on the ArtCities website.

WFU Acquavella Curator of Collections Jennifer Finkel served as a scout for the project, with undergraduate Naia Vincent (’24) as co-scout and writer. Over the summer, Finkel and Vincent met with numerous artists from the Triad, doing both in-person and virtual studio visits, to identify those selected for ArtCities.

To celebrate the artists and the launch of ArtCities, an ArtCities House Party will be held on Sunday, Dec. 11 from 3 – 6 p.m. at the Arts Council of Winston-Salem and Forsyth County (Milton Rhodes Center for the Arts, 251 N. Spruce Street.) The event is co-hosted by Wake the Arts at Wake Forest University, with support from the Arts Council as a community sponsor and Creative Center of North Carolina (CCNC).

A 10-minute documentary featuring the stories of Winston-Salem’s and Greensboro’s ArtCities artists, created by students in the University’s Documentary Film Program, will be shared during the event. Attendees will have an opportunity to talk with the artists and purchase artwork.

Read more on Wake the Arts website and at HypeBeast.