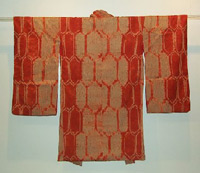 “KIMONO: Constructing a National Image” will open at Wake Forest University’s Museum of Anthropology on Feb. 28 and will become a semi-permanent exhibit.

The “KIMONO” exhibit will explore the social and cultural history of the kimono and examine how it became and remains a symbol of Japan and her people. Using the museum’s collection of early to mid-20th century Japanese clothing, dolls and footwear, the exhibit will illustrate the full meaning of the traditional garments.

Originally a court garment, the kimono tells a story about its wearer. By reading the colors, patterns and pictures of the fabric, an onlooker would be able to discern the marital status, occupation, age, social status, family lineage and allegiances of the owner. The kimono even indicates the season of the year that it is meant to be worn. 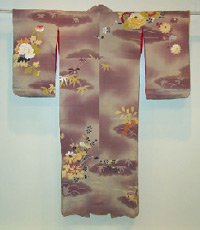 Editor’s Note: High resolution photographs of many of the kimonos, haoris, and happi coats to be displayed in “Kimono” are available via e-mail by contacting the News Service at 336-758-5237 or cookrj@nullwfu.edu.