Immigration reform under an Obama presidency 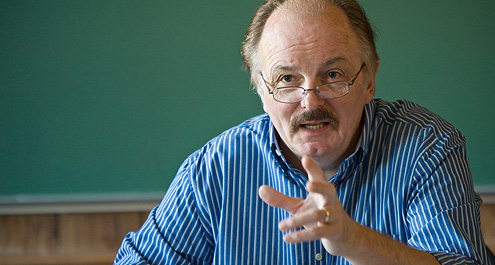 President-elect Obama is committed to bringing undocumented workers “out of the shadows” and onto a path to citizenship, writes Worrell Professor David Coates.

He voted for the Comprehensive Immigration Reform Act in 2006. He co-sponsored the DREAM Act in 2007, the one allowing states to give illegal immigrants in-state tuition for higher education. He co-sponsored the Citizen Promotion Act that would have frozen the fees that legal immigrants have to pay in pursuit of citizenship. He also, however, voted for the Secure Fence Act in 2006, the one creating 700 miles of new fencing along the US/Mexico border.

That record tells us much about the likely direction of immigration policy under an Obama-Biden Administration.

Obama and Biden are committed to bringing people “out of the shadows”: to creating routes to legality here for those already in the United States without proper documentation. In the pursuit of the presidency, Obama promised undocumented workers who are in good standing a route to citizenship that involved paying a fine, learning English, keeping a clean legal record and going to the back of the green card queue.

Obama and Biden, that is, committed themselves to a program that will bring undocumented documented workers out of hiding, and there is no reason to expect that they will renege on that commitment.

They made other commitments too.

However, unlike their Republican opponents, Obama and Biden also included in their immigration package a commitment to a strengthening of the Mexican economy. They are keen to find ways of drying up the flow of illegal immigrants at source, as well as of finding ways of dealing with that flow once here.

Obama’s Plan for America, published early in 2008, contained a commitment on timing as well as on content: namely that “if Congress does not act in the interim, Obama will revive immigration reform in the first year of his presidency.” Given the absence of immigration as an issue during the campaign itself, it seems unlikely that such a move will be among the Administration’s first initiatives.

Given the opposition of some populist Democrats to guest worker programs and/or to amnesty, it also seems unlikely that the passage of a comprehensive immigration bill in 2009 will be either smooth or easy. Nonetheless, given the commitments made and the policy record already in place, it seems reasonable to expect a revival of the debate on comprehensive immigration reform in 2009, and to strong White House leadership on this issue.

That interplay of public debate and presidential leadership was, of course, also true of a Republican White House in 2006. The trick in 2009 will be to make sure that a weakened Republican Party base does not wreck this second attempt as it did the first.

David Coates and his colleague, Peter Siavelis, Z. Smith Reynolds Foundation Fellow and Associate Professor of Political Science, are the co-editors of “Getting Immigration Right: What Every American Needs to Know,” a collection of essays drawn from the highly praised Voices of Our Time conference, “Immigration: Recasting the Debate,” held at Wake Forest in the fall of 2007. The collection, its publication timed to coincide with the likely revival of public debate on this key issue, will be issued by Potomac Books in April 2009.