An unconventional look at energy costs 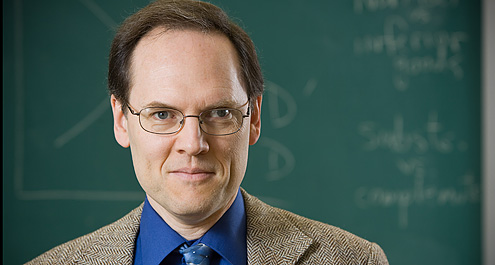 Gas prices have increased rapidly recently as the peak summer driving season approaches, but are still well below last summer’s record prices. Professor of Economics Robert Whaples describes the macroeconomics of the cost of gas — beyond the pain you feel at the pump — the benefits of conventional sources of energy vs. renewable sources, and why energy independence isn’t necessarily a good thing.

What does the price of gas tell us?

High prices send out two important signals. First, they tell consumers, “this stuff is scarce, you’d better combine trips, travel less and drive your smaller car instead of the big one.” Second, they tell producers of oil and potential producers, “this stuff is valuable, go find more, pump more or come up with other things that take its place.”

Low prices do the opposite. Accordingly, alternative energy sources only make sense in two cases — if they are cheaper than conventional sources (which isn’t generally true) and if conventional sources have high hidden (or “external”) costs. Few seem to be complacent about alternative energy sources these days because we realize that the prices of conventional fuels could rise a lot again (and likely will once the recession is over) and we realize that we must deal with the hidden costs of oil, coal and other fossil fuels.

What is the real cost of gas?

The total cost (what economists call the marginal social cost) is the price we pay at the pump minus the current tax plus the external costs, including paying for highways and offsetting environmental damages. Economists estimate that the gasoline tax should approximately be doubled from about 50 cents per gallon to a dollar per gallon to cover all the costs.

How important is it that we reduce our demand for gasoline?

The importance of reducing gasoline demand is largely personal. Every gallon less that you consume means that you save about $2.30 (at today’s prices). Consumers already bear most of the costs of gasoline, so if they think the costs are too high, they should drive less or buy more fuel-efficient cars. There are numerous proposals to reduce gasoline demand, especially the recent mandated increase in the Corporate Average Fuel Economy (CAFE) standards. Economists are divided on the wisdom of these mandates because they have big downsides, especially decreased auto safety.

What are the costs versus benefits of drilling for new sources of fossil fuel?

Drilling for more oil in the U.S. is unlikely to have a huge impact on the worldwide market. It’ll push the price down by only a few percent. The main benefit is that we’ll get to use the oil that’s currently off limits. Costs to the environment are likely to be about 50 cents per gallon of gasoline. Not a high amount, but setting a tax equal to these hidden costs is probably a good idea.

What are the consequences of the world’s dependence on oil-exporting states?

The main consequence is a good one — countries like the U.S. get to purchase oil at a much lower price than if they tried to obtain it all domestically or rely exclusively on alternative fuels.

So, is energy independence desirable?

Given the current technologies and prices of various energy sources, energy independence for the U.S. (and most other countries) is a very bad idea. Countries are already working together effectively — not governments, but private individuals in research consortiums and multinational corporations, which are pouring vast amounts of resources into tackling the demand for energy.

Are biofuels a good option?

Most economists feel that our big subsidies to biofuels (especially ethanol) are very unwise. They correctly predicted that these subsidies would sharply increase food prices — which turned out to be well-founded — but political considerations drowned out the concerns.

Economists are very skeptical of “green-collar” jobs. They aren’t likely to change the unemployment rate much and the subsidies required to fund them have costs that generally vastly exceed the pay of the jobs.

What combination of the carrot-and-stick approach is needed to solve the energy situation?

The carrots are already there — as energy prices have risen over time, there’s more of an incentive to produce both conventional and alternative fuels. Market forces have been handling the situation fairly efficiently, but we need to subsidize when there are hidden (external) benefits and tax when there are hidden (external) costs. A tax tied to the hidden costs of each energy source will be the most effective “stick.”

How do you help prepare students to deal with energy issues?

The issues we’re facing aren’t really that daunting because we’ve given highly intelligent, ambitious and energetic people all over the world big incentives — big payoffs — to solve them. Untapped energy sources are huge, including both conventional and alternative supplies. We’re rich enough to handle higher prices, but these very price increases will actually spur increased innovation. I prepare students to understand these issues by studying both the economics and the history of the rapid worldwide increase in energy availability over the past couple centuries.