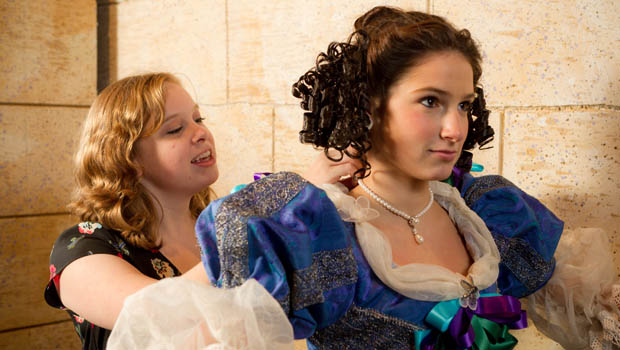 “When you think about it,” says Dignes, “when we wake up and dress ourselves in the morning, we dress in a way we think will best represent ourselves to other people. It’s the same thing with characters in a play.” 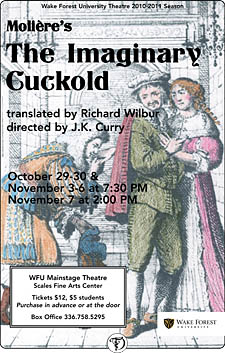 To hone her skills, Dignes worked with mentors in the theatre department to learn more about the role of colors and fabrics in theatre productions. She completed an independent study with theatre professor Mary Wayne-Thomas on fabric manipulation and dyeing techniques, and spent a summer studying textile production techniques and textile properties at Central Saint Martin’s College of Art and Design in London. For two summers, she worked as an apprentice at the Santa Fe Opera—most recently in the dye shop.

A presidential scholar in theatre, Dignes has worked in the University’s costume shop since her first year at Wake Forest. She learned to sew from her mother and was making clothes in the third grade. Her work in the shop gives her hands-on training that brings extra skills to her design experience. Five of the nine costumes for the play have been sewn from scratch. The others have been put together using existing pieces—changing cuffs and buttons to fit the production’s style.

Dignes, who is majoring in anthropology and studio art, says she chose Wake Forest over going to a conservatory because she was seeking a broader educational experience.

“Caroline’s studies help her to look at costume design culturally while providing her with the art skills that help her express her ideas,” says Wayne-Thomas. “She uses a wide lens for the design process.”

After graduation, Dignes says she hopes to pursue her interest in textiles and costume design with a focus on sustainable fabrics.