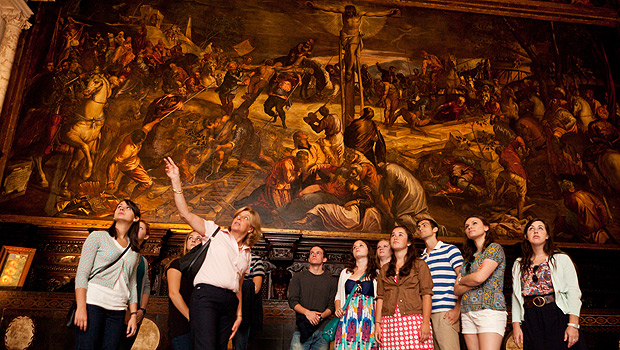 Wake Forest ranks third in the country in the percentage of undergraduates studying abroad, according to the 2010 Open Doors report, published by the Institute of International Education (IIE).

An estimated 63 percent of Wake Forest undergraduates received credit for study abroad in the 2008-2009 academic year, according to the methodology used by IIE for this report.

“Through studying abroad, students see the world in ways that are much different than just traveling as a tourist,” said Steven Duke, director of Wake Forest’s Center for International Studies. “Students not only learn more about their host country, but also develop confidence and newfound insights about themselves as they interact with people from other cultures. Many students describe the experience as ‘life changing.’”

Wake Forest owns residential study centers in Venice, Vienna and London, where students live and study with a faculty member. Wake Forest also offers study abroad programs to many other places, including Japan, Morocco, Peru, Vietnam, India, Australia, Benin and Ghana. In 2011, Wake Forest begins a program in Latin America that includes two weeks in Argentina followed by a semester in Santiago, Chile.

The Open Doors report is published annually by the Institute of International Education (IIE) with support from the U.S. Department of State’s Bureau of Educational and Cultural Affairs. The Open Doors 2010 report and Fall Survey findings were discussed at a briefing today at the National Press Club in Washington, D.C., in conjunction with the worldwide observance of International Education Week.