How to win an argument 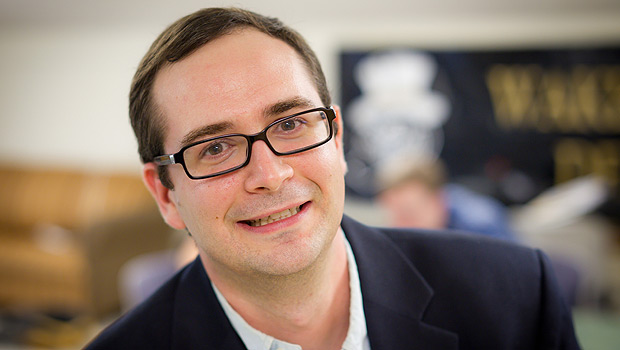 Jarrod Atchison, the new director of debate at Wake Forest, also won the tournament last season as the director at Trinity.

To reach the finals, Wake Forest had to defeat Mary Washington University, whose director, Tim O’Donnell (’92, MA ’97), and head coach, Adrienne Brovero (’95, MA ’97), debated at Wake Forest and were part of the coaching staff for the Deacons’ 1997 national championship.

The victory kicked off the second-semester run toward the National Debate Tournament on March 25-28 in Dallas. The Deacons have placed in the top three in the country four of the last five years, including a national championship in 2008.

At the district tournament on Feb. 25-27 in Atlanta, Wake Forest will attempt to be one of six schools that qualify three teams for the national tournament.

Last year, Miller and Bailey were one of the few freshman teams to qualify for the nationals.

“They have had success earlier in their careers than most debaters because they have discovered that focusing on the process is more important than fixating on the product,” Atchison said. “Many of our Wake Forest debaters come into college with tremendous success in high school, and it is difficult to go back to the bottom of the heap. The debaters who are willing to look past their short-term losses and focus on improving end up back on top much faster.”