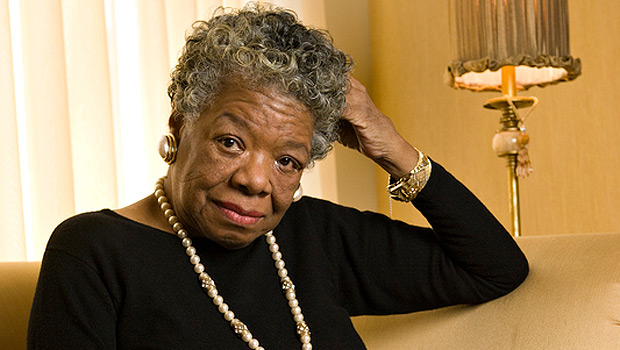 The students usually work along different tracks, spending most of their time in law, medicine, public health and other disciplines.

But for a small stretch of this summer, each chose to spend time in Humanities 337, learning poetry and dramatic performance under the guiding hand of Maya Angelou, the Reynolds Professor of American Studies.

On Tuesday, their experience culminated in a performance of 44 of their favorite poems from the course. Twelve students read from the stage in Brendle Recital Hall — sometimes solo, sometimes trading stanzas — as Angelou watched from the front row with the audience.

Angelou, who was awarded the Presidential Medal of Freedom in February, addressed the crowd before and after the performance.

In her introduction, she reminded the audience that the students were not studying drama or theatre and that they had little time to rehearse. She emphasized how proud she was of what they had accomplished and asked for more appreciation of young adults.

“These young men and women are the best we have,” Angelou said. “They are everything to us, and I think not enough adults tell them that, ‘You mean everything to us. You are the reason we got up this morning.’”

In closing, Angelou explained the origin of the class theme: “I am a human being. Nothing human can be alien to me.” The phrase comes from a play by Terence, who was brought to Rome from Northern Africa as a slave, educated and then freed by a senator, and later went on to become a leading playwright of the time (170-160 BC).

Angelou related it to the concept that no limits should be placed on what humans think they can accomplish, saying that it should not be a surprise if someone in the room does something remarkable, such as end racism or cure cancer.